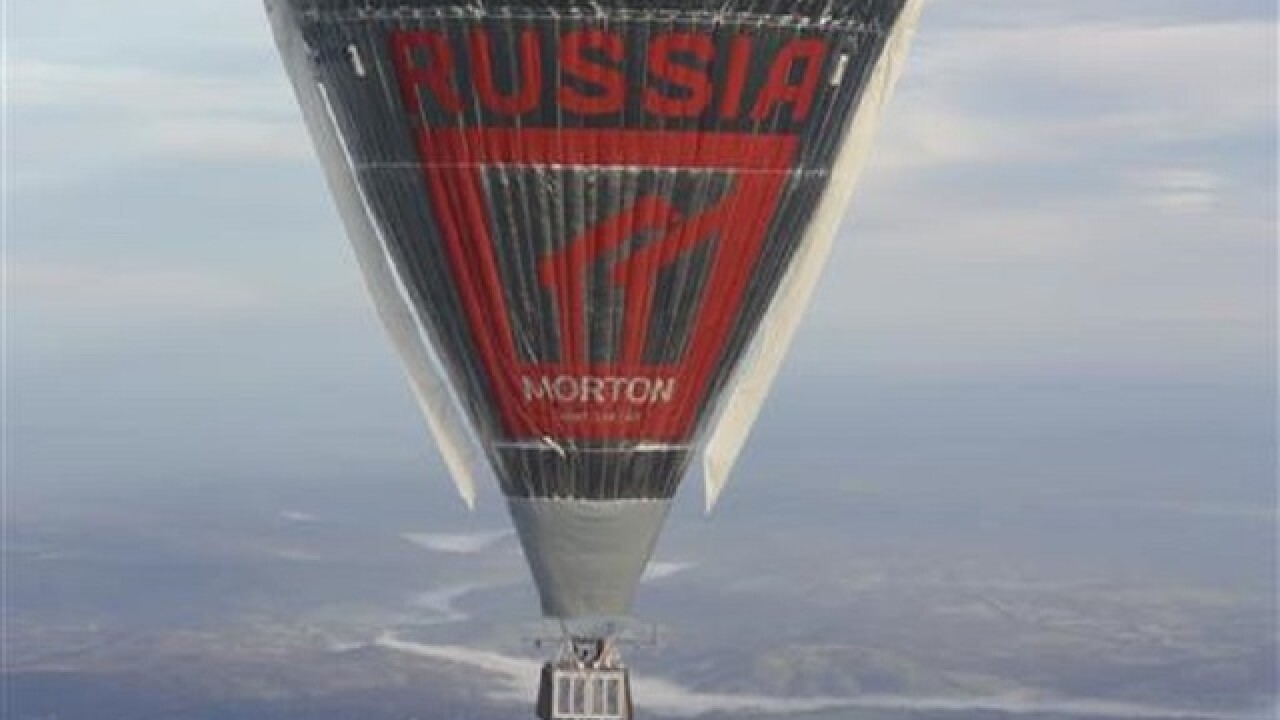 By: Associated Press
Posted at 9:50 PM, Jul 21, 2016
CANBERRA, Australia (AP) — The son of a 65-year-old Russian adventurer says his father is on the brink of setting a record for flying solo in a balloon around the world nonstop and is expected to land in Australia on Saturday.
Oscar Konyukhov said on Friday that Fedor Konyukhov hopes to land in the wheat fields near Northam in Western Australia state, shaving two days off the current record of 13 days and eight hours set by American businessman Steve Fossett in 2002.
Oscar heads the support team based at Northam. He says his father had endured the worst of the journey in recent days as he was blown south into the Antarctic Circle in the winter gloom where temperatures outside the gondola dropped to minus 50 degrees Celsius (minus 58 degrees Fahrenheit).
Copyright 2016 The Associated Press. All rights reserved. This material may not be published, broadcast, rewritten or redistributed.