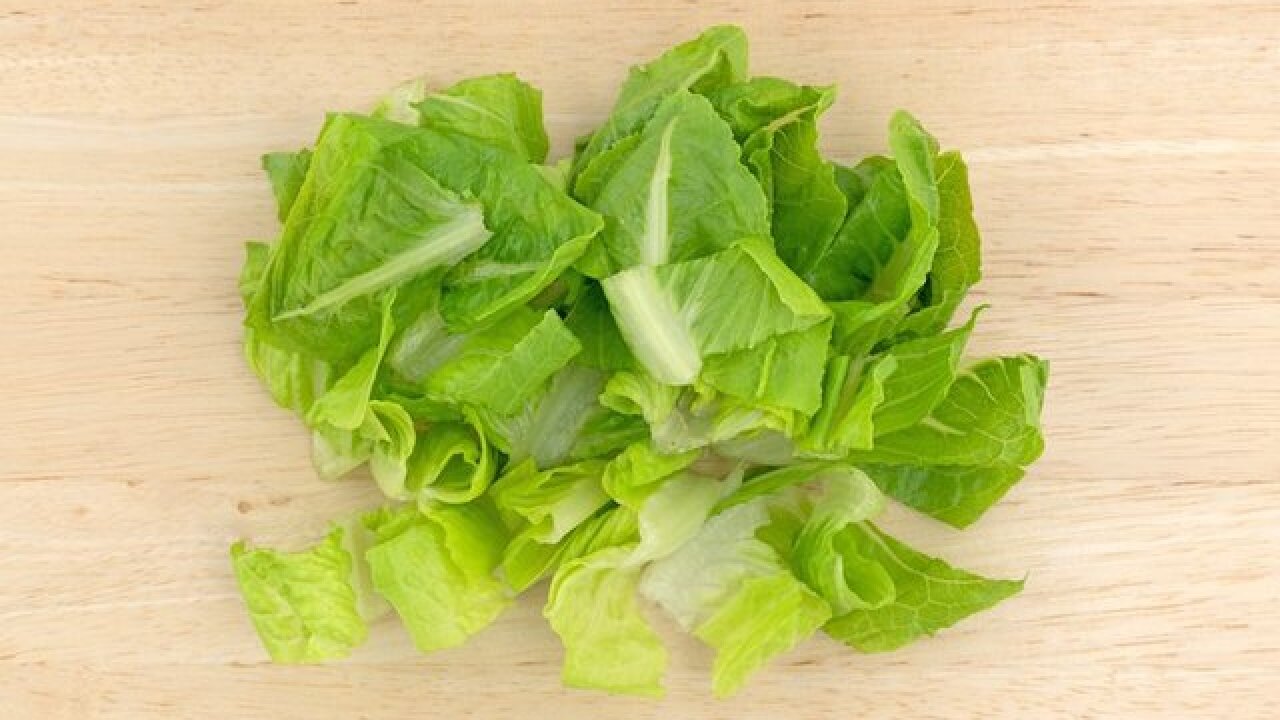 © 2018 Cable News Network, Inc.
BW Folsom/Shutterstock
<p>The US Centers for Disease Control and Prevention continues to warn against eating any romaine lettuce harvested from the central Coastal growing regions of Northern and Central California amid a multistate outbreak of E. coli illnesses linked to romaine lettuce. The agency also reported Thursday that nine additional people have been reported ill since November 26.</p>

The US Centers for Disease Control and Prevention continues to warn against eating any romaine lettuce harvested from the central Coastal growing regions of Northern and Central California amid a multistate outbreak of E. coli illnesses linked to romaine lettuce. The agency also reported Thursday that nine additional people have been reported ill since November 26.

Now, 52 people have been infected with E. coli in this outbreak, which was announced in October, according to the CDC.

Nineteen people have been hospitalized, including two who developed hemolytic uremic syndrome, a type of kidney failure. No deaths have been reported.

Last month, the CDC and the US Food and Drug Administration updated their warning against eating or selling romaine lettuce products harvested in the California counties of Monterey, San Benito, San Luis Obispo, Santa Barbara, Santa Cruz and Ventura.

"Traceback information from four restaurants in three different states so far has implicated 10 different distributors, 12 different growers, and 11 different farms as potential sources of the contaminated lettuce," the FDA said Thursday. Even with that information, it's still the case that, "the outbreak cannot be explained by a single farm, grower, harvester, or distributor."

For the last two weeks, federal and state investigators have been inspecting farms and lettuce cooling facilities in California and collecting samples of soil, water, romaine lettuce and "scat samples" that were identified as potential sources. "To date, E. coli O157:H7 has not been found in any of the lettuce, soil or scat samples. Results of water testing being conducted by CDC are pending," the FDA said.

Romaine lettuce entering the market will be labeled with either a harvest location and date, or hydroponic or greenhouse information, according to the FDA. If your romaine does not have this information, you should not eat it, the agency says.

Romaine harvested outside these six California regions is not related to the outbreak, according to the FDA, which is working with the CDC as well as state and local agencies in its investigation.

The Public Health Agency of Canada and the Canadian Food Inspection Agency are also coordinating with US agencies to investigate a similar outbreak there.

In Canada, there are 27 illnesses under investigation, according to the Public Health Agency, which continues to advise residents in Ontario, Quebec and New Brunswick to avoid eating romaine lettuce and salad mixes containing romaine unless consumers can identify where it came from.

Symptoms of an E. coli infection, which usually begin about three or four days after consuming the bacteria, can include watery or bloody diarrhea, fever, abdominal cramps, nausea and vomiting, according to the CDC.

Most people infected by the bacteria get better within five to seven days, though the particular strain of E. coli in the California outbreak tends to cause more severe illness.