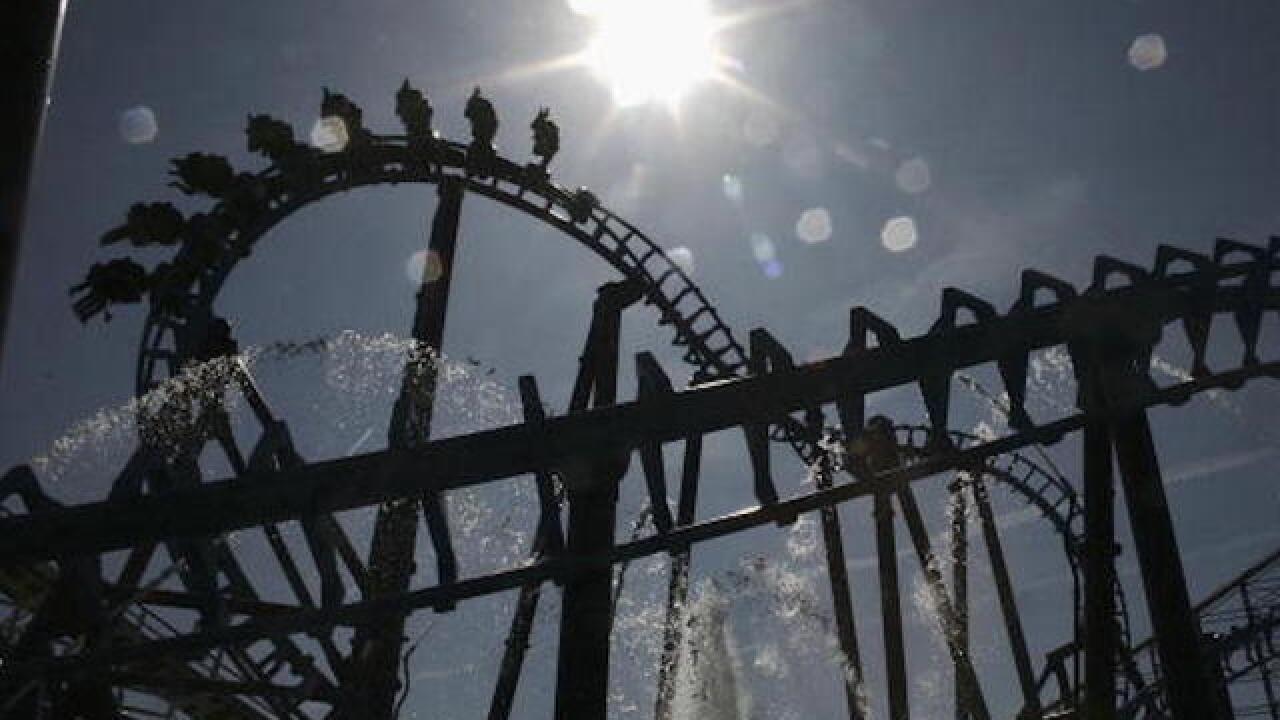 Christopher Furlong
<p>BLACKPOOL, UNITED KINGDOM - MAY 01: Thrill seekers try out the new Infusion rollercoaster ride at Blackpool Pleasure Beach on May 1 , 2007, Blackpool, England. The ride, over water, has five loops and rolls at top speed of 50mph and gives riders the experience of 4.5G, more than that experienced by an astronaut. (Photo by Christopher Furlong/Getty Images)</p>

Eleven people — including nine children — have been injured after a roller coaster derailed at a theme park in Scotland.

Riders aboard the “Tsunami” roller coaster and M&Ds theme park in North Lanarkshire, Scotland plunged 30 ft. to the ground when the train left the tracks. The train reportedly landed among a set of motorbikes for toddlers.

All those injured have been transported to the hospital and are being treated for their injuries. Reports also indicate that some park guests are still trapped in the wreckage.

One eyewitness told The Sun that it would be a "a miracle if there are no fatalities".

According to The Mirror, the Tsunami was “packed full” of riders as the train came off the tracks while coming around a corner.

M&Ds accident: Tsunami rollercoaster carriage plummeted to the ground and landed on top of a child's car ride pic.twitter.com/zelw4jWRV0

Video posted to social media shows the roller coaster train lying in pieces on the ground while witnesses rush to assist the injured.

According to M&Ds website, Tsunami travels just over 40 mph through a set of inversions. Watch the twists and turns that the ride makes in the video player above.

Park rules stipulate that kids under 10 are not allowed to ride, and those under 14 must be accompanied by an adult.