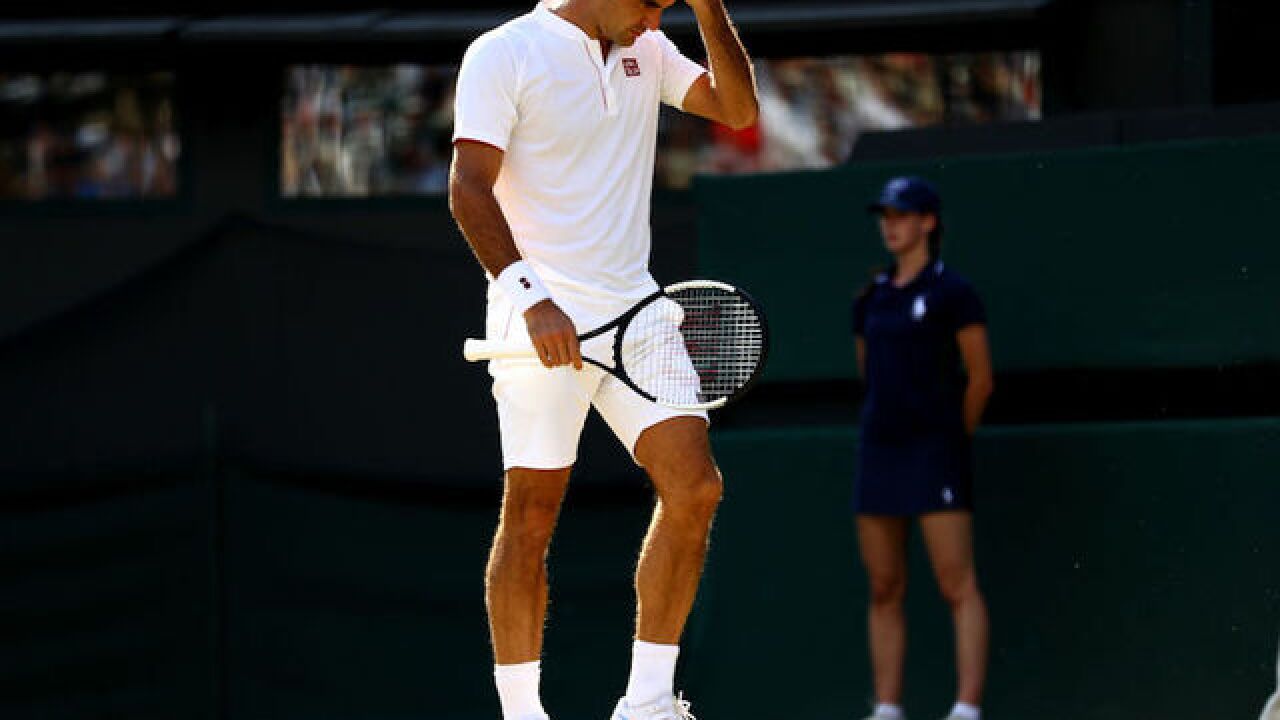 Image copyright 2018 Getty Images. All rights reserved. This material may not be published, broadcast, rewritten, or redistributed.
Michael Steele
<p>LRoger Federer of Switzerland wipes his forehead against Kevin Anderson of South Africa during their Men's Singles Quarter-Finals match on day nine of the Wimbledon Lawn Tennis Championships at All England Lawn Tennis and Croquet Club on July 11, 2018 in London, England.</p>

Roger Federer crashed out of the Wimbledon quarterfinals after blowing a two-set lead and match point against Kevin Anderson.

Federer shut down his season with a knee injury after the loss to Raonic and given some of his misses on Court 1, you had to wonder if something was bothering the 36-year-old Tuesday.

Or was it the court? The eight-time champion and 20-time grand slam winner last played a Wimbledon match outside Centre Court in 2015.

Federer squandered his match point at 5-4 on Anderson's serve in the third set but it seemed like it would only be a matter of time before he moved into the semifinals for the 13th time.

When the US Open finalist took the third-set tiebreak, however, his belief grew.

The eighth seed ended Federer's Wimbledon set streak at 34 -- one short of what would have been a new record -- having earlier become the first man to break the Swiss' serve this fortnight.

And he didn't stop there.

A Federer double fault at 11-11 in the fifth opened up the door to the lone break of the decider and Anderson closed it out with a massive serve to reach a first Wimbledon semifinal. The 6-foot-8 Anderson wasn't broken in the final three sets.

It was the second time Federer dropped a two-set lead at Wimbledon -- after a reverse to Jo-Wilfried Tsonga in 2011 -- and the fifth time he lost at a major when holding a match point.