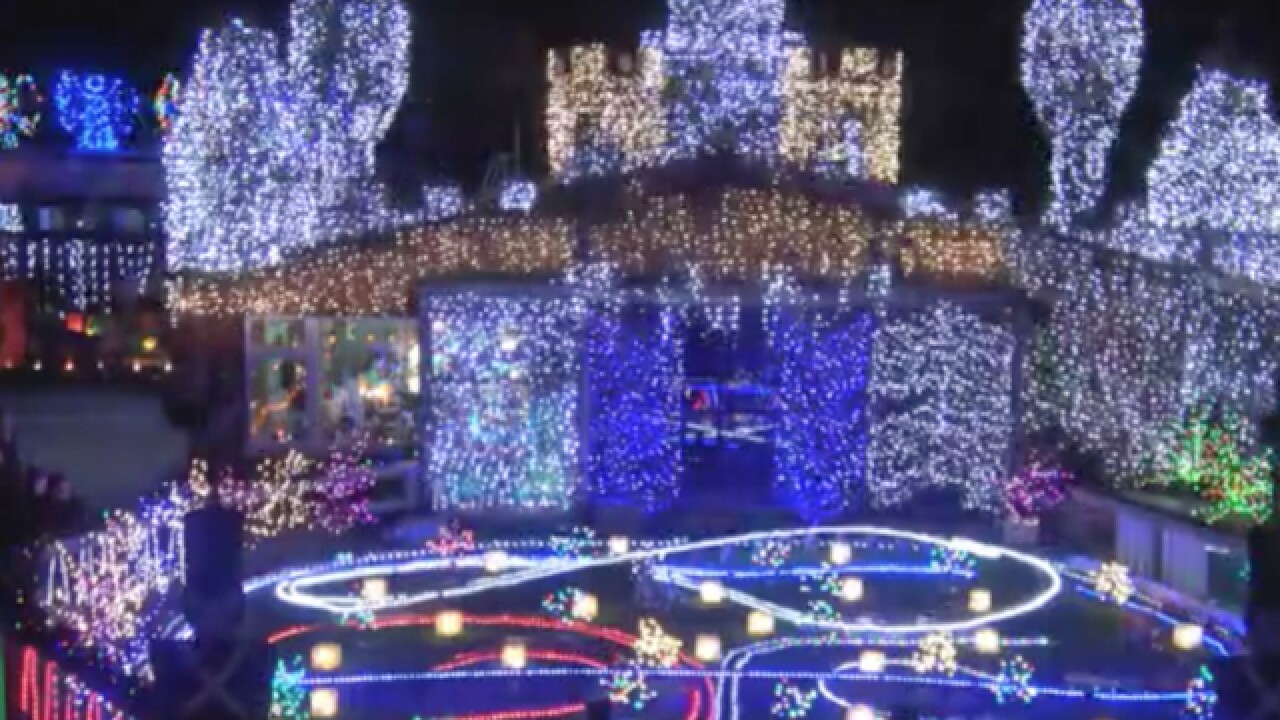 Copyright 2017 Scripps Media, Inc. All rights reserved. This material may not be published, broadcast, rewritten, or redistributed.
<p>This Christmas light display in New Zealand includes more than a half million lights.</p>

With more than 500,000 lights, a rock ‘n’ roll soundtrack, moving trains and plenty of characters, this home in New Zealand puts on a show just oozing with Christmas.

The lights are synced with “China Grove” by the Doobie Brothers.

In the video, you can find a number of toy trains running around the front lawn on lit tracks.

Most of the display uses Christmas themes, but a few of the characters seem more out of place, including a giant, red-eyed spider, something resembling an orc and a saber-toothed cat next to an ancient warrior.

The display was put together by Carl and Maureen from RockinLights Ltd.