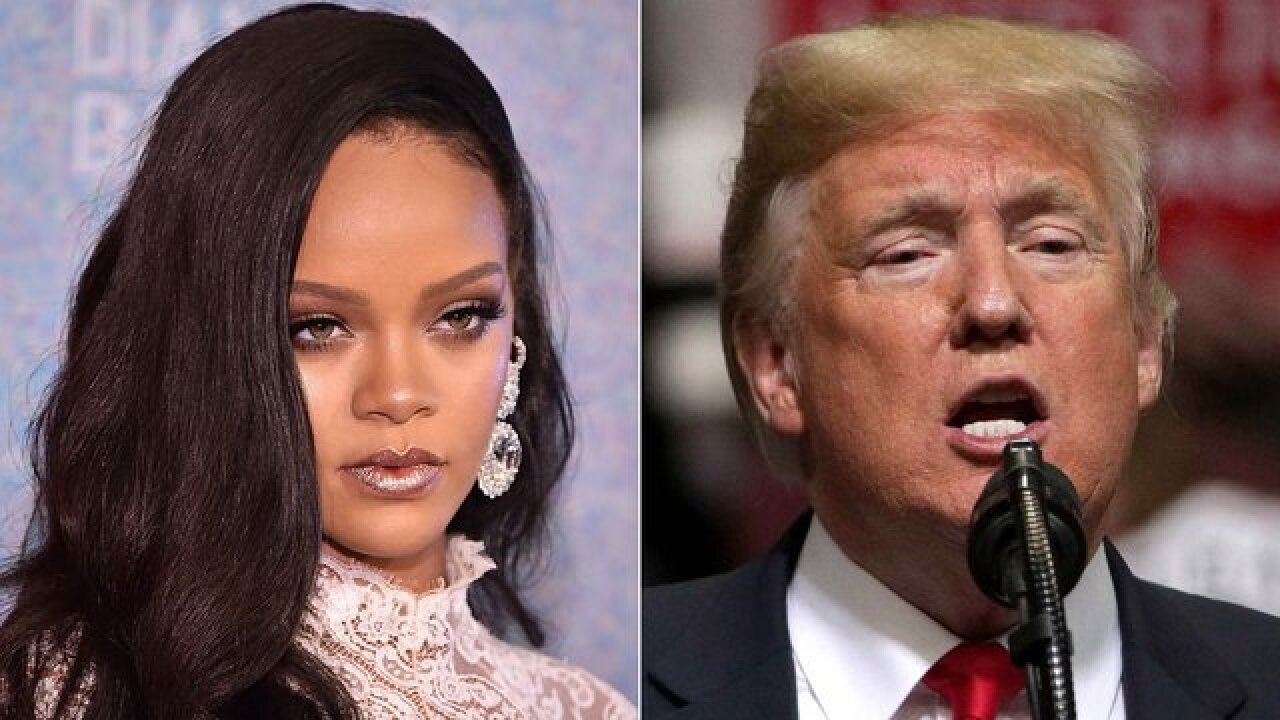 (CNN) -- Rihanna is the latest artist unhappy over the fact their music is being co-opted by President Donald Trump.

The singer responded Sunday after Philip Rucker, the White House bureau chief for the Washington Post, tweeted that Rihanna's single "Don't Stop the Music" was being played at a Trump rally in Chattanooga, Tennessee.

"Not for much longer...me nor my people would ever be at or around one of those tragic rallies, so thanks for the heads up philip!," Rihanna tweeted.

The tweet came hours after Rihanna, who is a native of Barbados, endorsed Florida Democratic gubernatorial candidate Andrew Gillum.

She shared an Instagram post in which she wrote, "You have the opportunity to make history this election. The US has only had four black governors in its entire history, and we can help make #AndrewGillum the next one and Florida's first!"

Axl Rose of Guns N' Roses also expressed frustration his music was being played at political rallies. In a tweet, Rose accused the Trump camp of "using loopholes in the various venues' blanket performance licenses which were not intended for such craven political purposes, without the songwriters' consent."

"Just so ya know... GNR like a lot of artists opposed to the unauthorized use of their music at political events has formally requested r music not b used at Trump rallies or Trump associated events," Rose wrote. "Personally I kinda liked the irony of Trump supporters listening to a bunch of anti Trump music at his rallies but I don't imagine a lot of 'em really get that or care.

Last week, singer/producer Pharrell Williams had his attorney send a cease and desist letter to the President to stop playing his hit "Happy" during political events. The song was played at a rally hours after a gunman killed 11 people at a Pittsburgh synagogue.

"Pharrell has not, and will not, grant you permission to publicly perform or otherwise broadcast or disseminate any of his music," the latter stated.

Other artists, including The Rolling Stones, The O'Jays, Adele, and Queen also requested Trump not use their music.