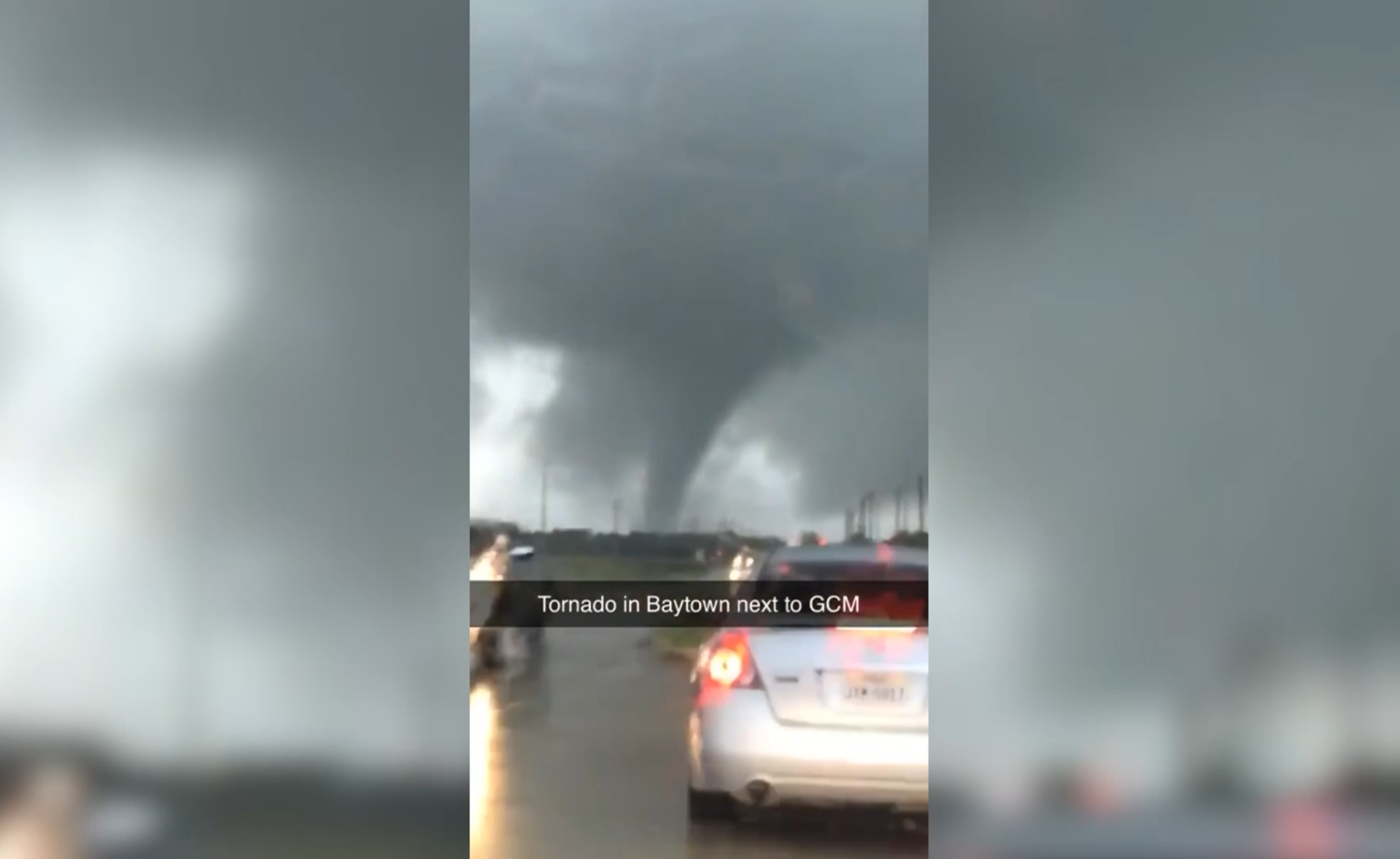 Diego Salazar took video of a tornado in Baytown, Texas. 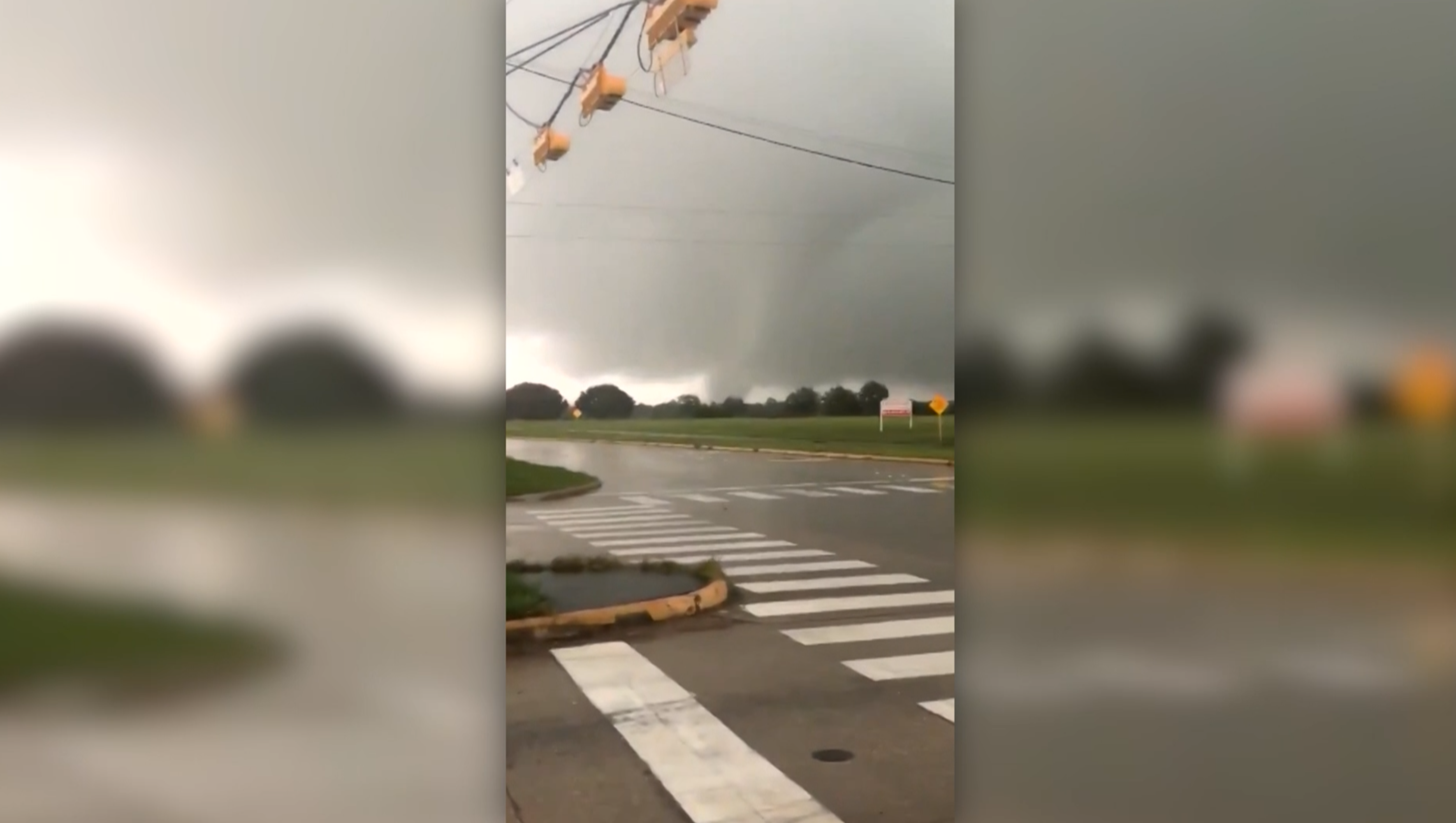 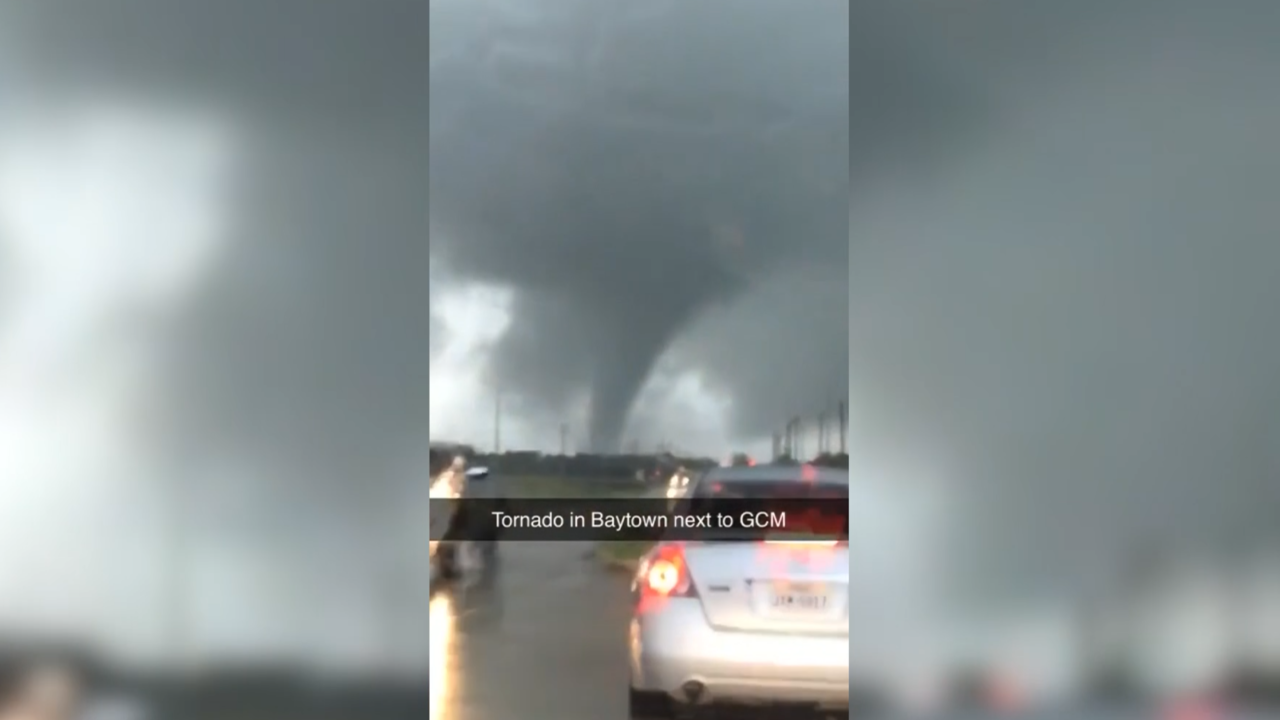 Rescue efforts by authorities and citizens are underway in Texas as Tropical Depression Imelda moves slowly through with flooding and tornadoes.

John Adiletta in Galveston got the call that floodwaters left his girlfriend stranded on the road. He set off to rescue her on his own two legs.

"Well, I did a lot of screaming in my car to get out all the anger before I saw my girlfriend," Adiletta told CNN affiliate KTRK . "She needs me to smile.... because this is not a good day."

He later learned a tow truck had taken her to safety, KTRK reported.

Imelda has brought intense rain to Texas -- in some places more than 21 inches -- resulting in a flash flood emergency being issued for portions of Texas early Thursday, according to the National Weather Service's Lake Charles office.

And in Baytown, about 26 miles east of Houston, a tornado has added to the damage.

Albert Elizondo said that the twister picked up a hundred-gallon propane tank, launching it into the house he was in and sending everything flying.

"It lasted about three minutes. Boom. I went outside, no porch -- nothing," Elizondo said.

Almost 2 feet of rain and more to come

Imelda is currently in East Texas and slowly moving to east and then north, meaning eastern Texas, western Louisiana and portions of Arkansas could be hit by its rain, according to CNN Meteorologist Pedram Javaheri.

With flood advisories through Thursday evening, those areas might not get relief until Friday afternoon, CNN Meteorologist Michael Guy said. Another round of rain could bring 5 to 10 more inches, Javaheri said.

But the storm has already brought more than 21 inches of rain to some parts of Texas. And it could bring more than 12 inches to Houston by the time it's all over, which would be the highest amount for one storm since Hurricane Harvey in 2017.

Imelda formed Tuesday afternoon over the Gulf of Mexico and made landfall as a tropical storm near Freeport, the National Hurricane Center said . But even before it was named, the system was raining on coastal Texas.

Houston is no stranger to flooding. In May, for instance, heavy rain led to significant flooding in streets, homes and businesses.

Harvey broke the US record for rainfall from a single storm, dumping more than 60 inches about 90 miles east of Houston. It left 34 inches of rain at Houston's George Bush Intercontinental Airport, and more than 40 inches east of the city.

Houston's layout and city planning are part of what makes its flooding problems worse , experts have said.

Urban sprawl has turned water-absorbing greenery into concrete. Weak regulations have failed to properly estimate the hazards of flooding. And poor reservoir and land management have revealed a lack of long-term planning on these issues, the experts have said .