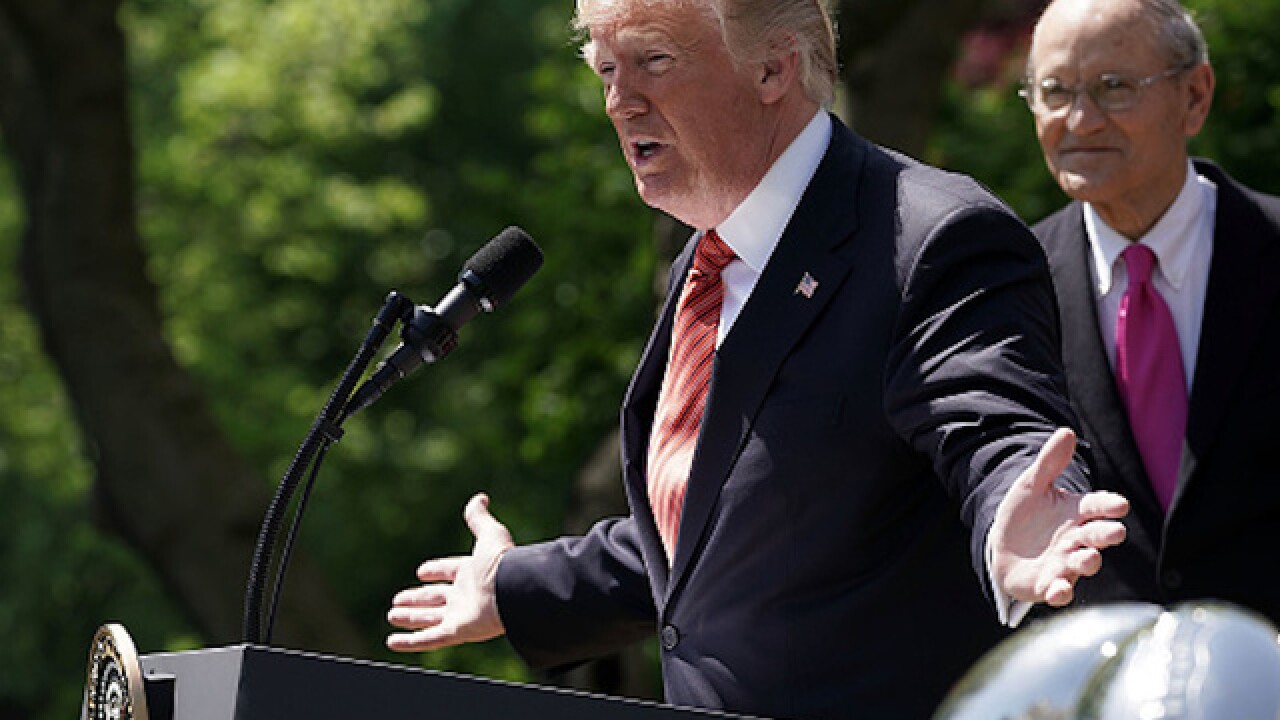 Image copyright 2018 Getty Images. All rights reserved. This material may not be published, broadcast, rewritten, or redistributed.
Alex Wong
<p>WASHINGTON, DC - MAY 01: U.S. President Donald Trump (L) participates in an event with the Army Black Knights football team from the U.S. Military Academy May 1, 2018 in the Rose Garden at the White House in Washington, DC. President Trump hosted the 2017 Commander in Chief's Trophy champion to honor their victory. (Photo by Alex Wong/Getty Images)</p>

President Donald Trump once again floated the idea of adding a "Space Force" as a branch of the US military on Tuesday at the White House.

"You will be part of the five proud branches of the United States Armed Forces: Army, Navy, Marines, Air Force and the Coast Guard," Trump said, addressing the Army football team.

"We may even have a 'space force,'" Trump said, according to Scripps station KGTV in San Diego. "We're doing a tremendous amount of work in space. I said maybe we'll need a new force. We'll call it 'the space force.'"

"Our service members will be vital to ensuring America continues to lead the way into the stars," Trump continued. "We're way, way behind."

The Washington Post points out that the United States signed the Outer Space Treaty in 1967, promising not to test weapons in outer space or establish military bases on the moon or other celestial bodies — though it points out that there is no enforcement mechanism in place to stop the US from doing so.