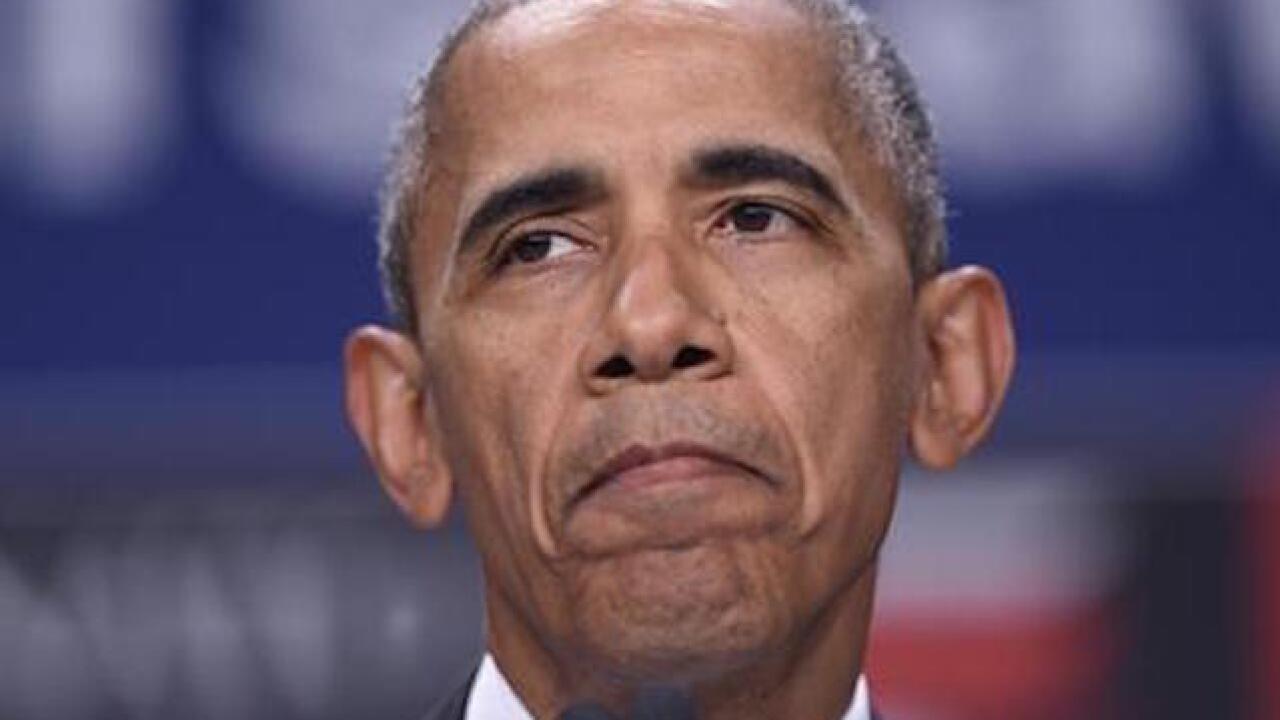 MADRID (AP) — President Barack Obama on Sunday urged respect and restraint from Americans angered by the killing of black men by police, saying anything less does a "disservice to the cause" of ridding the criminal justice system of racial bias.

He also urged law enforcement to treat seriously complaints that they are heavy-handed and intolerant, particularly toward minorities.

"I'd like all sides to listen to each other," Obama said in response to a reporter's question after he met with Spain's acting prime minister, Mariano Rajoy, during an abbreviated first visit to Spain as president.

Obama's appeal for greater understanding from opposing sides of the emotionally charged debate over police tactics followed the weekend arrests of scores of people in Louisiana and Minnesota who protested the shooting deaths by police of black men in both states last week.

Those deaths were quickly followed by a stunning sniper attack last Thursday in Dallas that killed five police officers and wounded seven others as they watched over a peaceful protest of the week's earlier shootings.

Among those arrested in Louisiana over the weekend was an activist prominent in the Black Lives Matter movement, which gained national prominence following earlier deaths of mostly unarmed black men across the U.S.

Obama, in his remarks, urged protesters to recognize that police officers do a difficult job and to refrain from physical and verbal attacks.

"Whenever those of us who are concerned about failures of the criminal justice system attack police, you are doing a disservice to the cause," Obama said, the fourth straight day that he has commented on the distressing chain of events at home.

The president's extended remarks on the issue likely foreshadowed the message he will deliver Tuesday in Dallas, when he addresses an interfaith memorial service for the slain officers. He was invited to speak by Mayor Mike Rawlings, the White House said.

In his remarks on Sunday, Obama repeated that most U.S. police officers are doing a good job, and said rhetoric portraying them as doing otherwise does little to build support for overhauling a criminal justice system that is widely recognized as biased against minorities.

"Maintaining a truthful and serious and respectful tone is going to help mobilize American society to bring about real change," Obama said.

The president also called for balance from law enforcement. "I would hope that police organizations are also respectful of the frustrations that people in these communities feel and not just dismiss these protests and these complaints as political correctness," he said.

"It is in the interest of police officers that their communities trust them," Obama said.

The president traveled to Spain after attending a NATO summit in Poland, but the sheer horror over the killings overshadowed most of his public appearances. Spain, nevertheless, was thrilled to welcome the first U.S. president to visit in more than a decade. Tourists and curiosity seekers lined some streets in hopes of catching a glimpse of Obama, and local TV aired wall-to-wall coverage of his movements.

Obama was supposed to spend two days in Spain but shortened the visit to about a day because of the shootings.

"We've had a difficult week in the United States," he told King Felipe VI before they met in private at the Royal Palace.

After the meeting with Rajoy, Obama lauded the long-standing ties between the U.S. and Spain and complimented new economic policies that he said had begun to "bear fruit" in a country with about 20 percent unemployment.

Spain is also experiencing an extended political stalemate, with Rajoy unable since December to get enough support to form a new coalition government.

Obama also expressed gratitude for Spain's contributions as a fellow NATO ally, and for hosting U.S. sailors and guided missile destroyers at a naval base on the southern coast. Obama visited the base and met with troops stationed there before the flight back to Washington.

It took the White House more than seven years to lock in Spain on Obama's foreign travel schedule. But the shootings forced Obama into a hurried one.

"I was hoping for a longer stay," Obama told Rajoy. Obama, who visited Spain in his 20s while backpacking through Europe, pledged to return as an ex-president. He said Spain's food, culture and climate are "hard to resist."