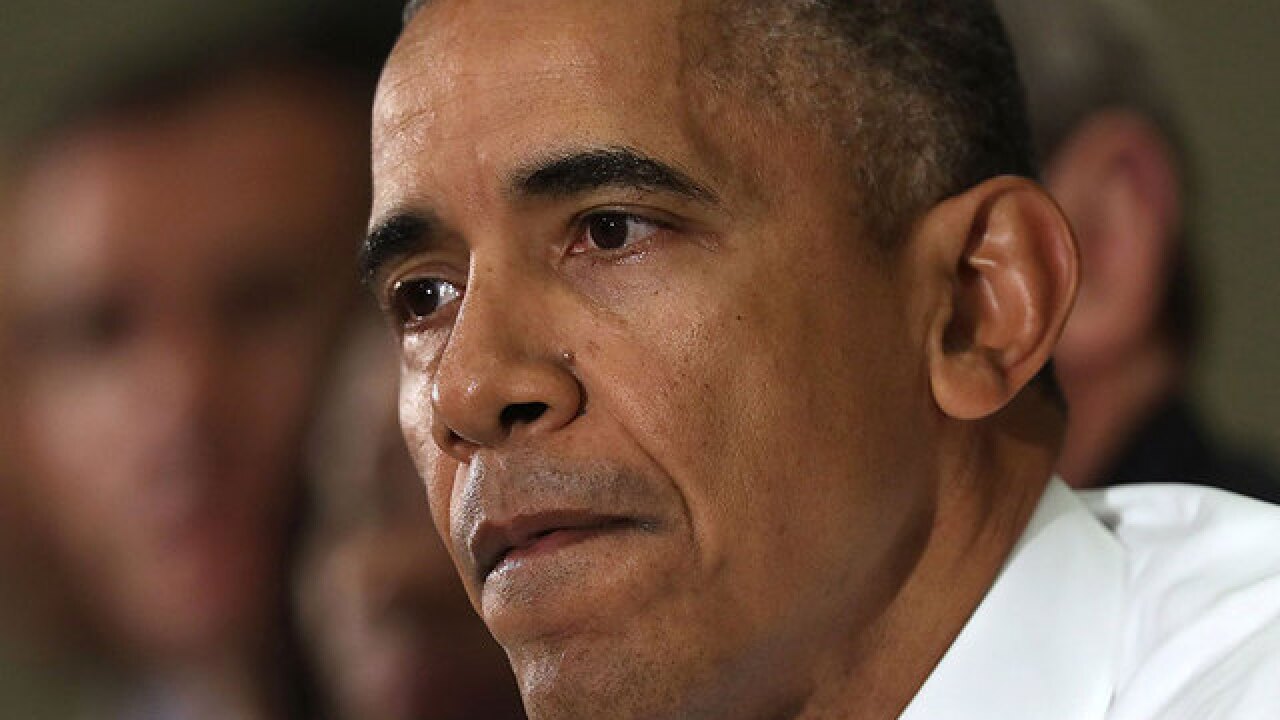 Following the deaths of three police officers in a shootout in Baton Rouge, Louisiana, President Barack Obama spoke to the nation in a short speech.

"Regardless of motive, the death of these three brave officers underscores the dangers that officers face every day," Obama said. "Nothing justifies violence against law enforcement."

"Everyone right now needs focus on words and actions that will unite this country," he said. "We need to temper our words and open our hearts. All of us."

Obama's speech came hours after he released a written statement.

"These are attacks on public servants, on the rule of law, and on civilized society, and they have to stop," the statement reads in part.

Obama's address was at the least the third such speech the President has released on the state of relations between police and those they protect. Obama spoke to the nation following the deaths of Alton Sterling and Philando Castile.

"There is no contradiction between us supporting law enforcement ... and also saying that, there are problems across our criminal justice system," Obama said on July 7. "When people say 'Black Lives Matter,' that doesn't mean 'Blue Lives' don't matter, it just means that all live matter."

Obama also memorialized five fallen Dallas police officers on Tuesday, saying that "Our entire way of life in America depends on the rule of law."

I condemn, in the strongest sense of the word, the attack on law enforcement in Baton Rouge.  For the second time in two weeks, police officers who put their lives on the line for ours every day were doing their job when they were killed in a cowardly and reprehensible assault.  These are attacks on public servants, on the rule of law, and on civilized society, and they have to stop.

I’ve offered my full support, and the full support of the federal government, to Governor Edwards, Mayor Holden, the Sheriff’s Office, and the Baton Rouge Police Department.  And make no mistake – justice will be done.

We may not yet know the motives for this attack, but I want to be clear:  there is no justification for violence against law enforcement.  None.  These attacks are the work of cowards who speak for no one.  They right no wrongs.  They advance no causes.  The officers in Baton Rouge; the officers in Dallas – they were our fellow Americans, part of our community, part of our country, with people who loved and needed them, and who need us now – all of us – to be at our best.

Today, on the Lord’s day, all of us stand united in prayer with the people of Baton Rouge, with the police officers who’ve been wounded, and with the grieving families of the fallen.  May God bless them all.