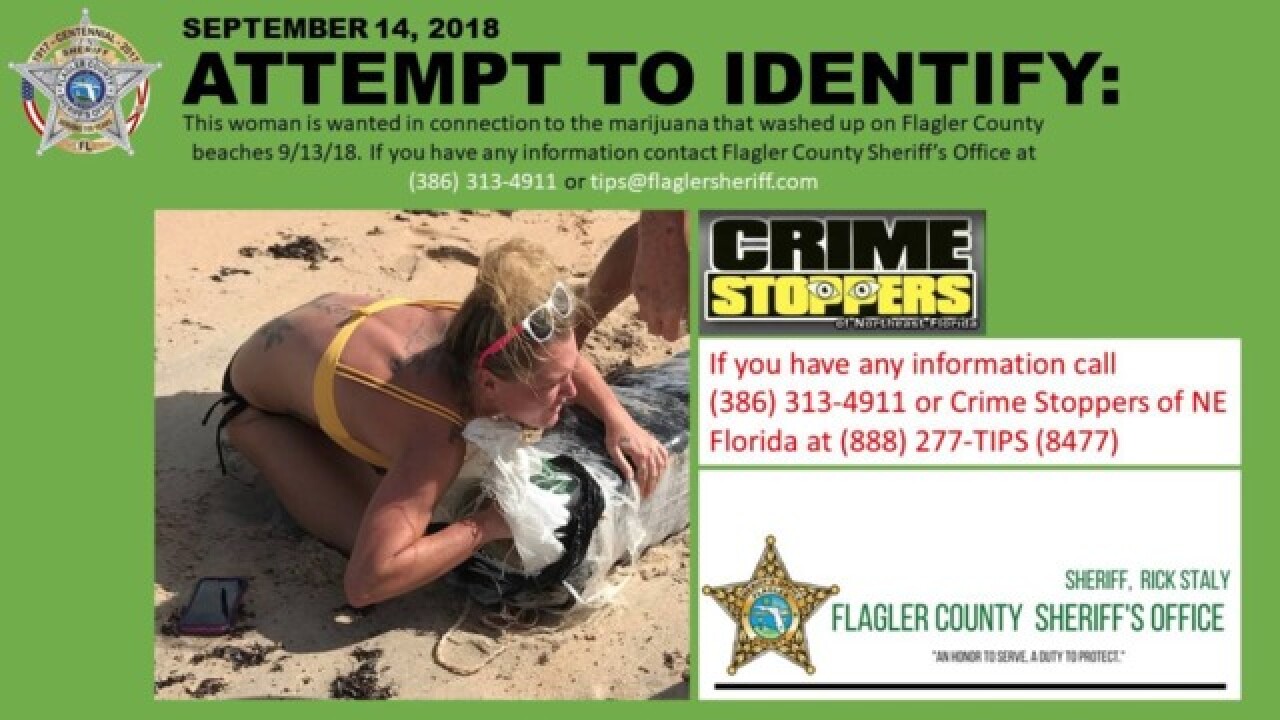 Authorities say the bundles of marijuana have washed ashore over several days in Volusia, Flagler and St. John's counties, along the central-north part of Florida's Atlantic coast.

Federal agents were expected to collect the drugs from the local law enforcement agencies as they investigate where they came from.

Authorities say at least one man was arrested for trying to take the marijuana.

The Daytona Beach News-Journal reports that when deputies questioned Robert Kelley, he told them he was just holding the marijuana until law enforcement arrived.

He was charged with possession of marijuana and released on $2,500 bail.

The Flager County Sheriff's Office also released a photo of a woman in a yellow bikini reaching inside one of the bundles. They say she is wanted in connection with the drugs.