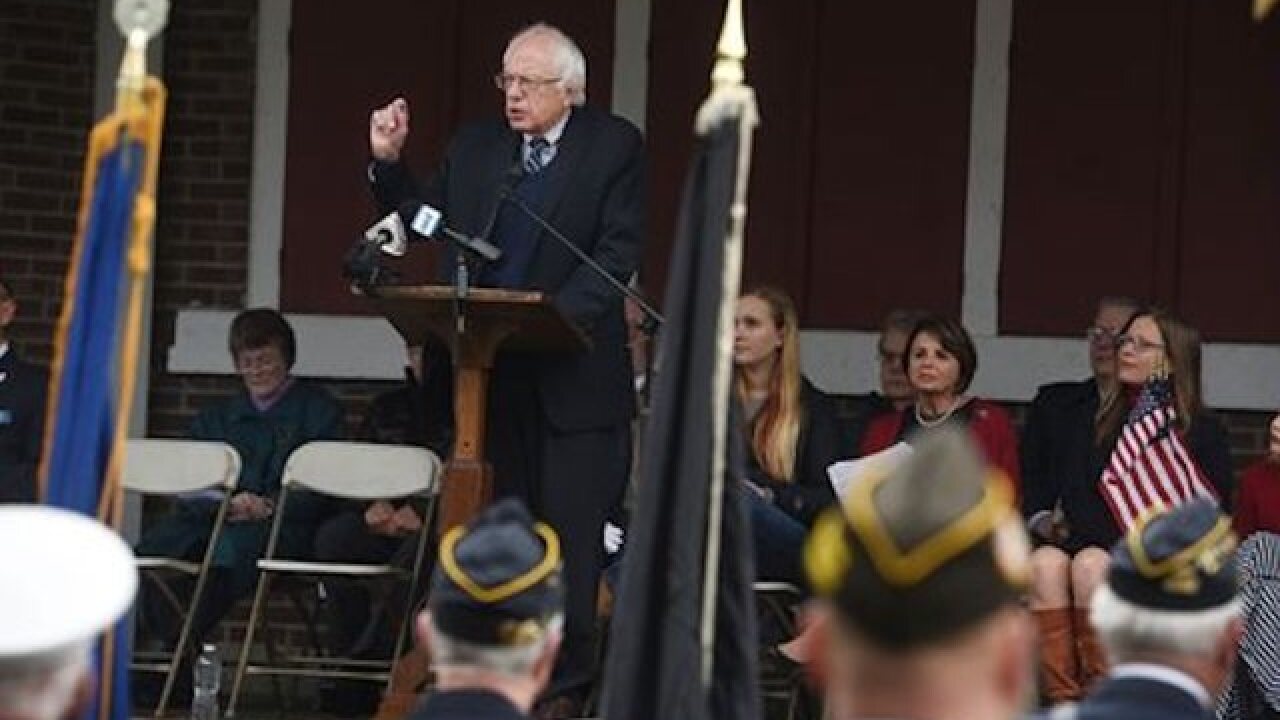 WASHINGTON (AP) — A legal gadfly has filed a complaint against Vermont Sen. Bernie Sanders, challenging his eligibility for the Democratic primary ballot in New Hampshire because he has long identified himself as an Independent.

The state's five-member Ballot Law Commission, which rules on questions of eligibility, will take up the challenge Nov. 24.

New Hampshire requires a candidate to declare as a registered member of the party in which he or she is running. The complaint, filed Thursday, claims Sanders is ineligible because he has never been elected as a Democrat. Sanders declared himself a Democrat while filing to run last week, and Secretary of State Bill Gardner accepted his filing without issue.

"I am running as a Democrat obviously, I am a Democrat now," Sanders said after filing.

Sanders campaign says it is confident he meets the requirements. Sanders caucuses with Democrats in the Senate and has the backing of the Democratic National Committee and New Hampshire Democratic Party to run in the party's primary.

"We're going to focus less on frivolous challenges that undermine the gravity of the New Hampshire primary, and more on the issues that affect every day Americans: from income inequality to the appalling influence of corporations on our political process," said Karthik Ganapathy, Sanders' New Hampshire spokesman.

In Vermont, voters do not register with a party. Candidates, however, must consent to run in a party's primary. Sanders ran in the Democratic primary in his 2006 and 2012 races. But after winning the party's nomination, he rejected it and ran as an independent in the general election both times.

The complaint, filed by Andrew Martin, includes information from Vermont's 2012 statewide candidate information publication in which Sanders describes himself as "the longest serving Independent in U.S. congressional history."

Martin has a history of filing lawsuits, including a suit against the state of Hawaii seeking a copy of President Barack Obama's long-form birth certificate. He has been banned from filing lawsuits in several jurisdictions without first seeking permission of the court.

Brad Cook, chairman of the Ballot Law Commission, and Andru Volinsky, Sanders' lawyer, could not be reached for immediate comment.