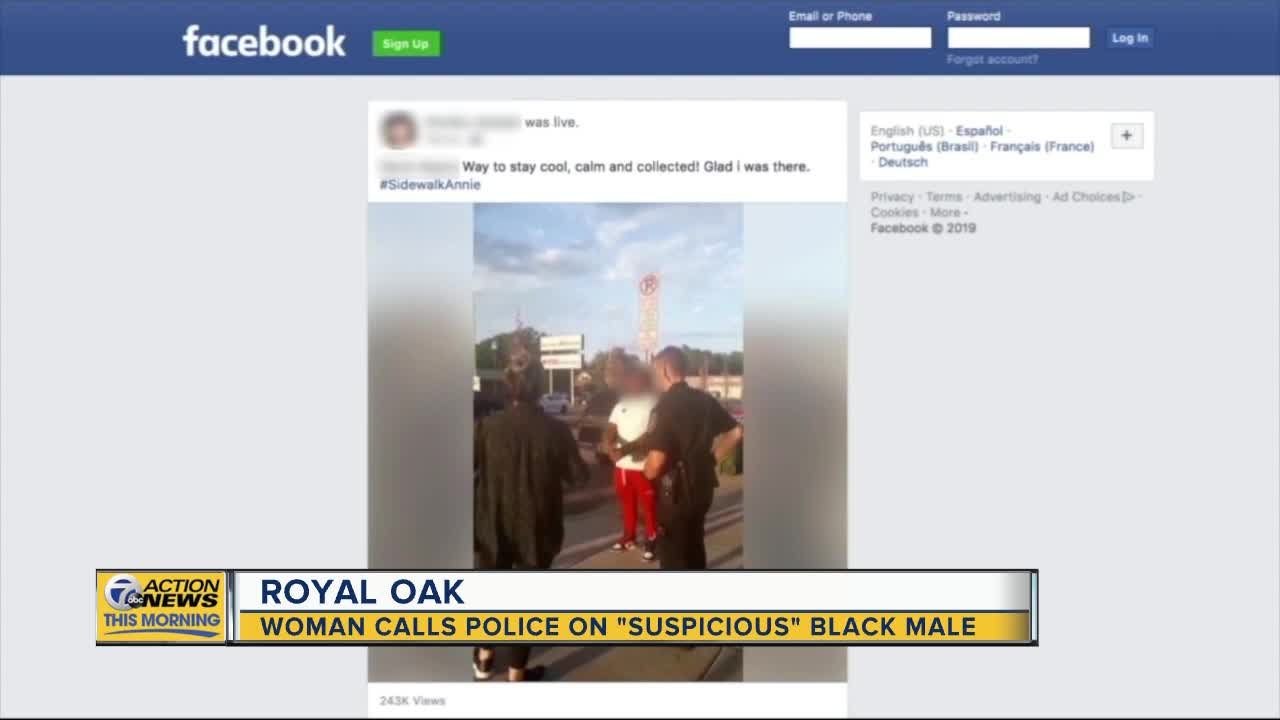 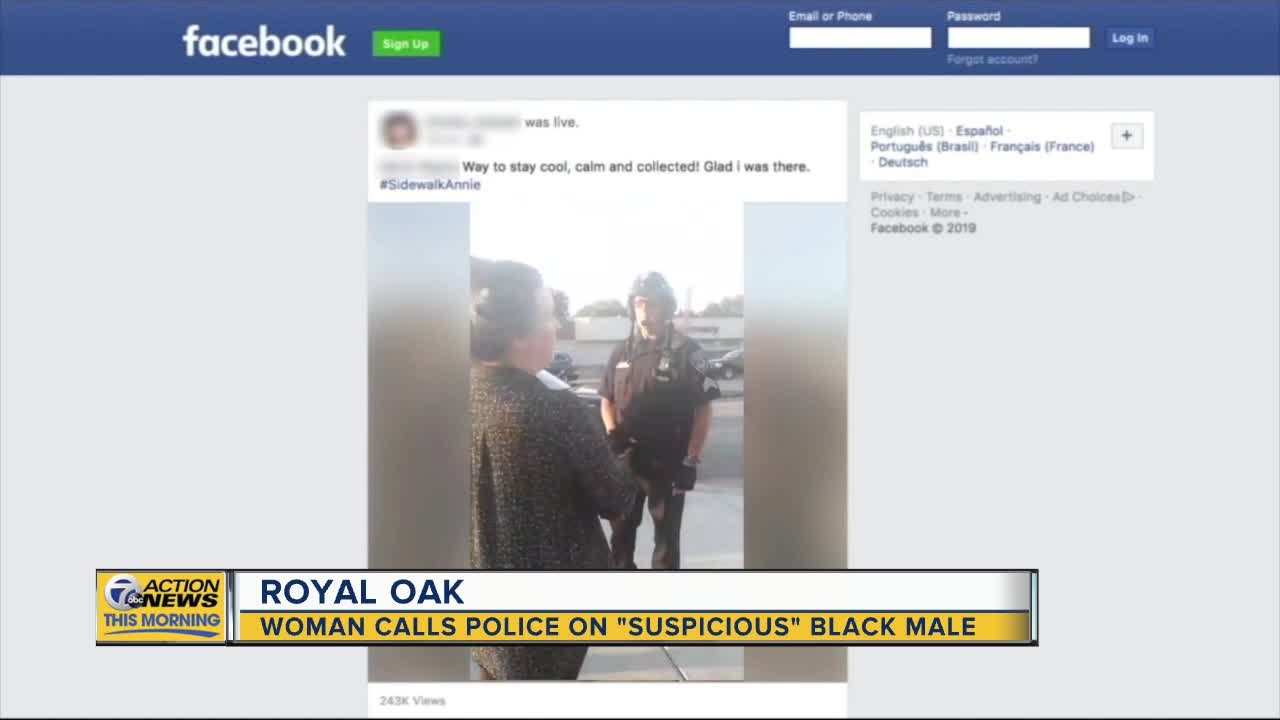 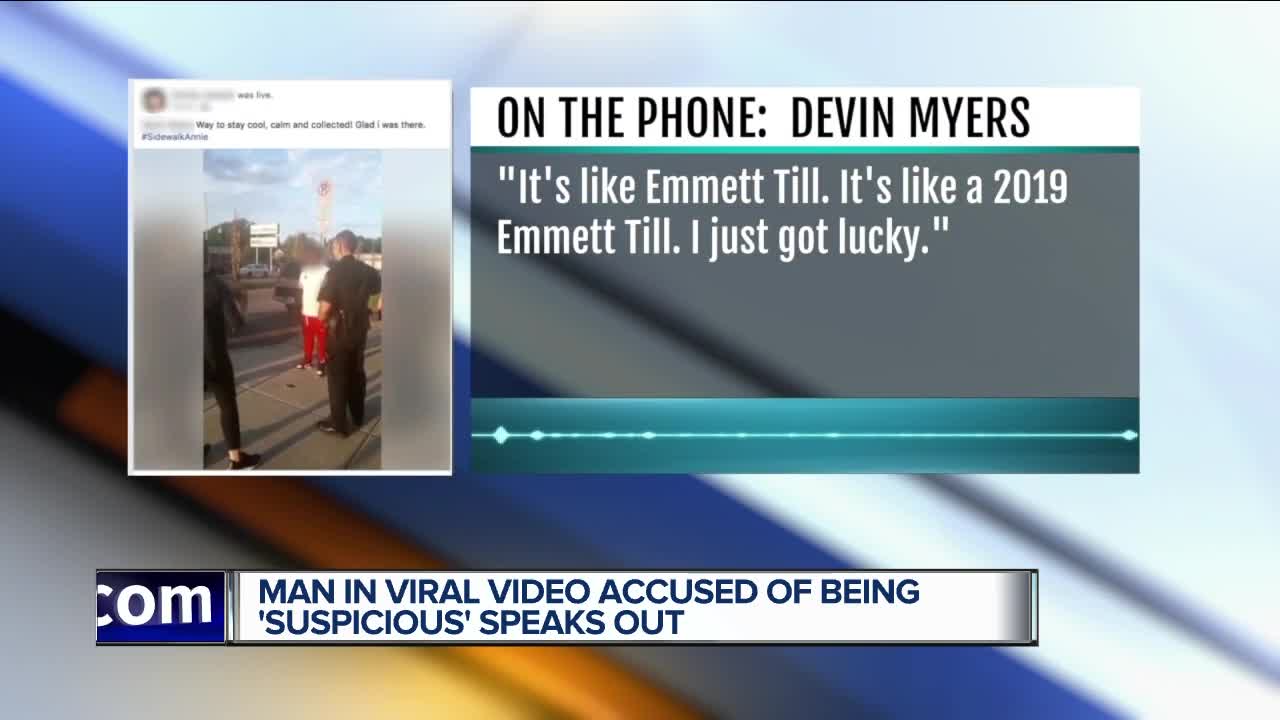 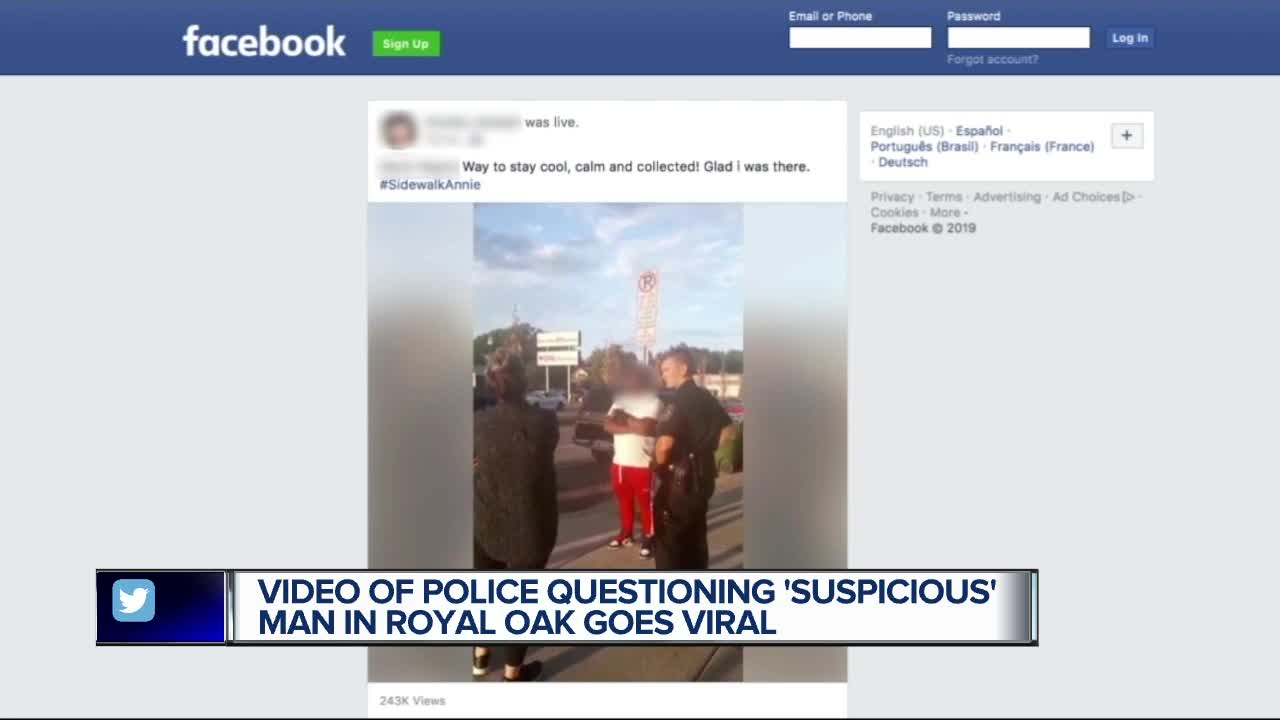 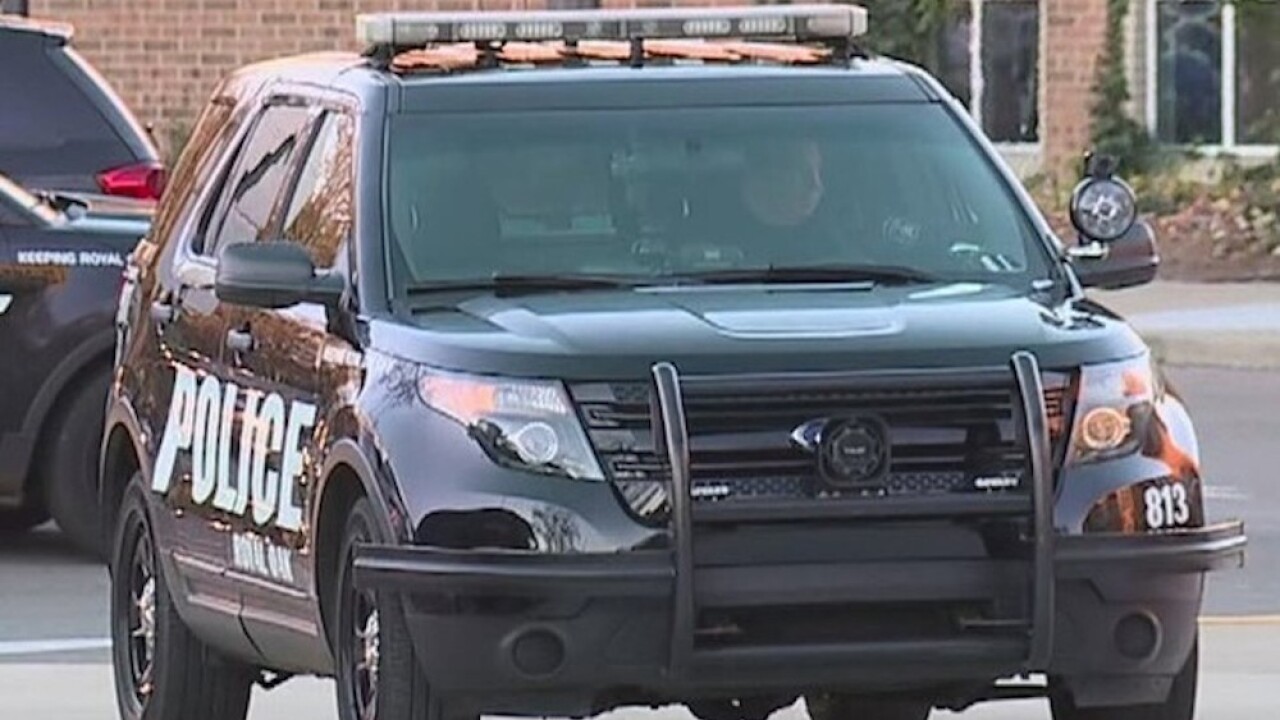 ROYAL OAK, Mich. — Police are investigating after a witness claims officers stopped a black man on the street because a white woman said the man looked at her suspiciously.

"I was going to the CVS over here when this young man was stopped because a Caucasian lady said that he looked at her suspiciously and he has been pulled over walking to go to eat by two police officers for suspicion of being black," the witness says in the video.

In the video, the 20-year-old man identifies himself to police and a apologizes for the inconvenience.

"They need to make a warning sign for Royal Oak: 'Don't stare too long.," the man said in the video.

"No, don't be black and stare," the witness said.

According to the witness, the man was going to meet his girlfriend at a nearby restaurant. The restaurant later paid for the man's meal, according to a restaurant employee.

Later, more officers arrived on the scene along with a supervisor. Eventually, they let the man leave.

Though the Royal Oak Police confirmed they are investigating the incident, they declined to provide more information or make anyone available for an interview.

"We are in the process of evaluating what mistakes have been made and we will own them, we will learn from them, and we will continue to strive to be better in everything we do," Royal Oak Mayor Michael Fournier in a statement, in part.