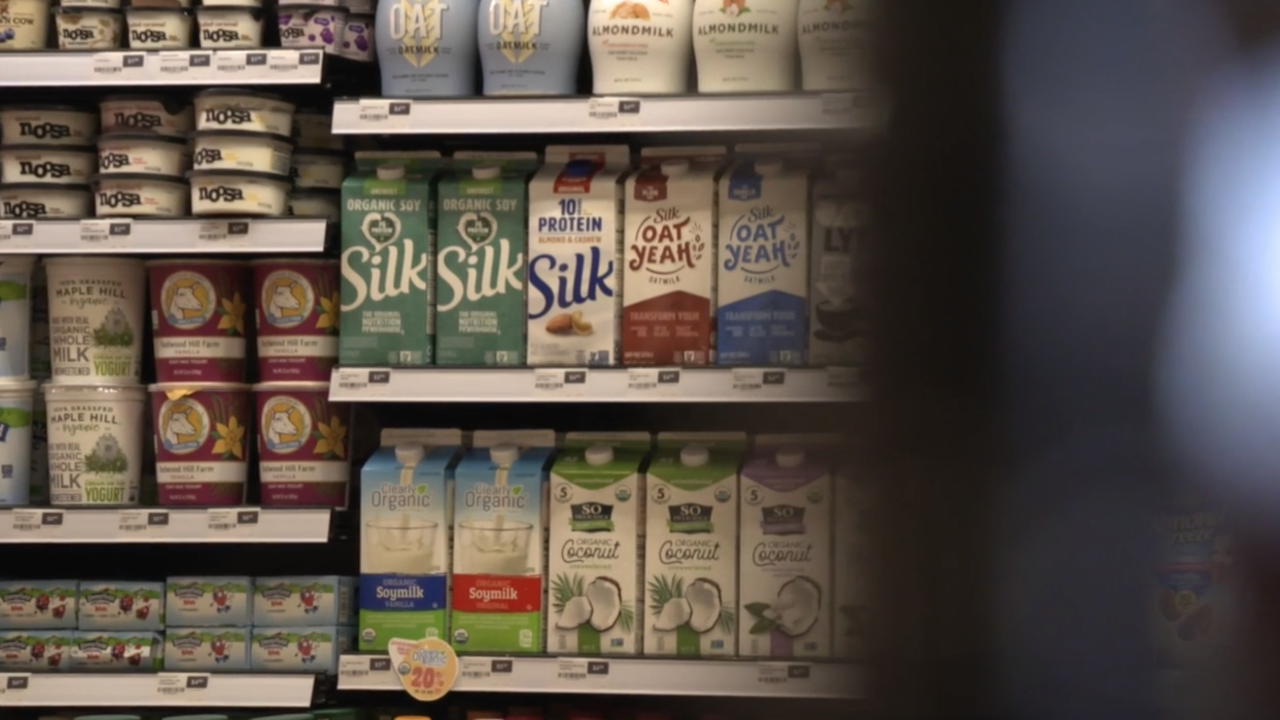 For years, milk was marketed as a drink that does a body good. But after decades of declining sales, the American milk industry has turned somewhat sour.

“We go through about a case of alternative milks a day,” said a barista. “Maybe just a gallon of whole milk or non-fat.”

Across this store, more shoppers are loading their carts with alternative dairy choices.

“It’s definitely evident that regular dairy is declining in popularity,” he said.

Instead, more shoppers are stocking up on plant-based dairy products.

“This Oatly is selling really well,” Pomainville said. “There’s a high demand for.”

Sales have jumped 250 percent over the past five years. During that same period, the total milk market shrank by more than $1 billion.

That economic impact can be felt across the country as two of America’s biggest milk processing plants, Borden Dairy and Dean Foods, recently filed for bankruptcy.

“We’ve adopted the mantra, ‘glass half full,’” he said. “Consumers are saying they want variety. They’re looking for new ways to consume all products. They want convenience. They want healthy products and they want products that allow them to indulge.”

Now, leaders of one of the country’s most well renowned dairy science programs are speaking out.

“There, the distinction is those plants were making bottled milk, which is the product that tends to be going down,” said Dan Sumner PhD, an agricultural economist at the University of California Davis.

“That’s right. Milk production is going up,” he said. “Dairying is a tough business but there’s people successful at it and I think the long-term future is really healthy.”

“The U.S. dairy industry is getting better and better at competing in the world market,” Sumner said. “The industry is always looking for innovations to get more from less to be able to keep the price of milk affordable for people.”