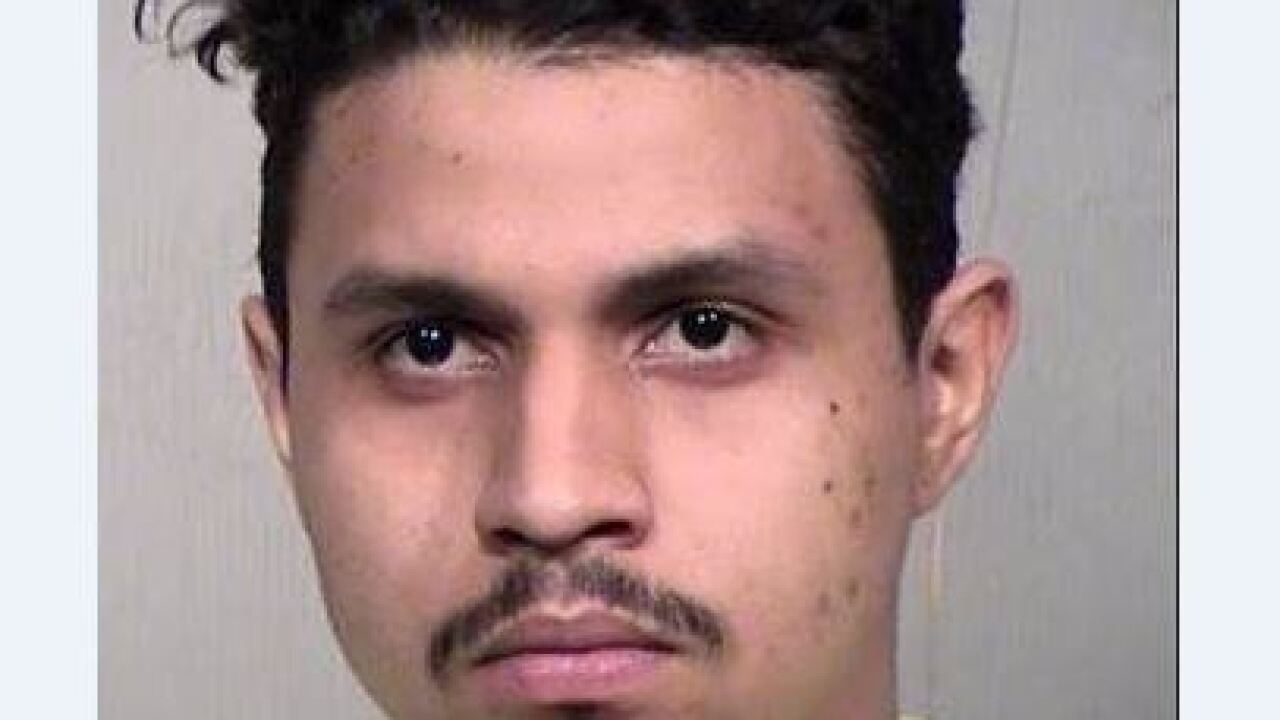 CHANDLER, Ariz. ( KPHO/KTVK ) -- A chainsaw crime spree didn’t end so well for a 21-year-old in Chandler.

According to officials, Justin Carrillo had been stealing chainsaws from Lowe's and Home Depot stores for weeks. But when police finally arrested him, he jumped into traffic, got hit by a car, ended up in the hospital, then lit his hospital bed on fire, officers said.

According to officials, retail theft investigators from Lowe's reported a man had stolen chainsaws from several stores around Maricopa County.

Gilbert police linked the suspect vehicle to Carrillo's girlfriend and started tracking him.

They caught up with him last week when he tried to sell the stolen tools on "OfferUp” and arrested him.

But this is where it gets bizarre.

While in handcuffs, officers said Carrillo ran into traffic to try and escape and got hit by a car.

He was taken to a hospital in Chandler.

The documents said Carrillo used a metal earring and electrical medical equipment to light his hospital bed on fire, and hospital staff had to put out the flames.

The investigation showed he stole chainsaws from at least eight stores all over the Valley, totaling nearly $7,000. And the fire he allegedly caused in the hospital, cost about $12,000 in damages.