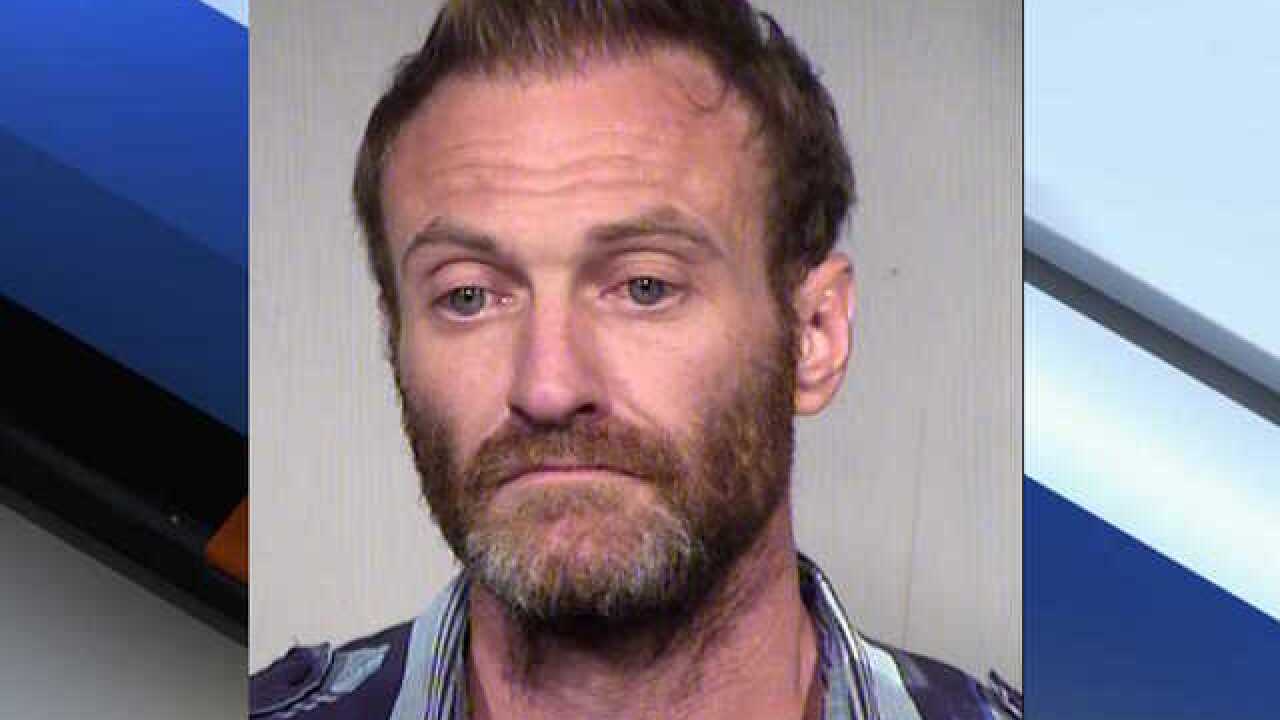 Police in Mesa, Arizona said a 37-year-old man was booked into jail after stealing an ambulance on Tuesday.

According to police, the suspect, Todd (Tanner) Shell had just been released from Banner Desert Hospital for a heat-related issue and thought it was too hot to walk home. He reportedly saw an ambulance running in a bay area while the crew was dropping off a patient.

Shell told police he took the ambulance so he wouldn’t have to walk home, officials said.

Officers responded to the call of the stolen ambulance around 11:30 a.m. and used GPS assistance to track it down as Shell was headed eastbound on US-60.

Mesa officers and Arizona Department of Public Safety troopers tried to stop the ambulance, but it continued driving at normal speeds. He exited the freeway and stopped near Val Vista and University.

Shell told officers he wanted to buy a sandwich but needed to stop at home to get money first. He also said he intended to return the ambulance.

Shell was booked into jail on charges of unlawful use of means of transportation and fleeing from law enforcement.

Police say the ambulance was not damaged and has since been returned to service.