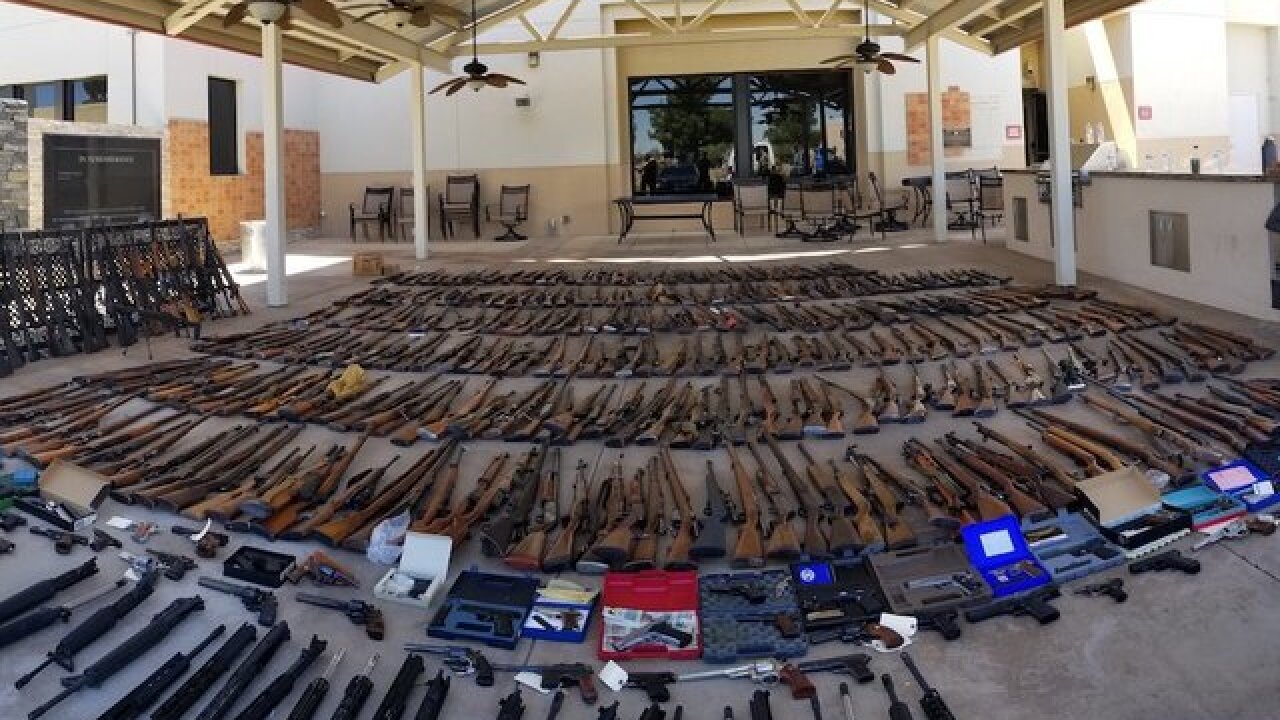 The first time the sheriff's department searched one convicted felon's home, they say they found 432 firearms. When they went back a day later, they found another 91 guns hidden in the residence.

The Los Angeles County Sheriff's Department in Palmdale responded to a tip from a neighbor of Agua Dulce resident Manuel Fernandez, 60.

"This case is a testament to the community's involvement in reducing crime and taking guns out of the hands of criminals," said Sheriff Jim McDonnell.

Because of Fernandez's criminal record, he should not have been allowed to buy guns, and officials said it is unclear how he acquired the weapons. An investigation has begun that includes the sheriff's department, the California Department of Justice and the Bureau of Alcohol, Tobacco, Firearms and Explosives, which will track where the guns were purchased.

Officials said all the weapons belonged to Fernandez. Detectives also seized computers, cell phones and hard drives they said Fernandez may have used to conduct transactions for the firearms.

Authorities said they also found 30 guns at the home of a female associate of Fernandez. The woman was not at the residence and has not yet been found.

Fernandez is free on bond with a court date scheduled for July.

CNN has reached out to Fernandez's attorney for comment.