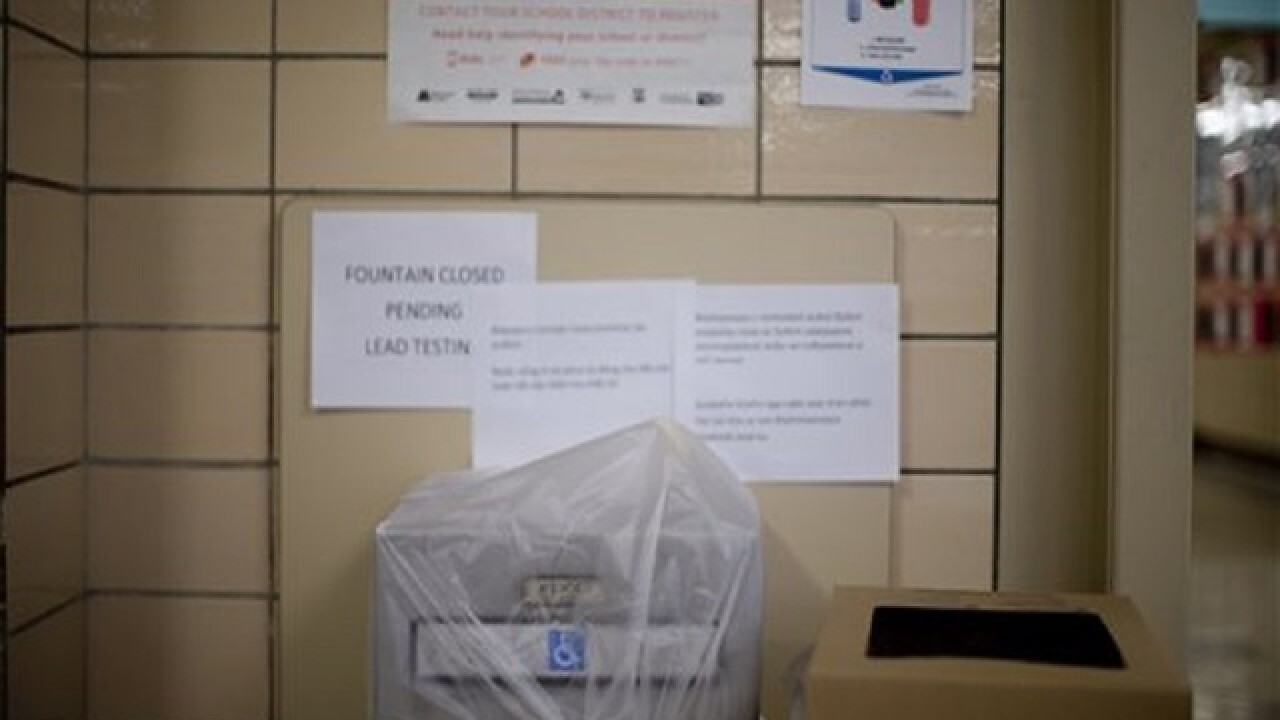 Beth Nakamura
<p>A covered water fountain is seen as the Portland Public School holds a public meeting at Creston Elementary School to address lead in the drinking water, Tuesday, May 31, 2016, in southeast Portland, Ore. Students and staff at Portland Public Schools will be drinking bottled water starting this week, after high amounts of lead were found in water sources at two schools. (Beth Nakamura/The Oregonian via AP) MAGS OUT; TV OUT; NO LOCAL INTERNET; THE MERCURY OUT; WILLAMETTE WEEK OUT; PAMPLIN MEDIA GROUP OUT; MANDATORY CREDIT</p>

PORTLAND, Ore. (AP) — A third-party, independent investigation will be conducted after high amounts of lead were found in water sources at two schools, which led the district to close all water fountains, Portland Public Schools Superintendent Carole Smith said Tuesday.
Smith spoke to about 60 parents at a special school board meeting held to address their announcement last week that tests done in March found elevated levels of lead in 14 of 92 water sources at Creston K-8 School and the Rose City Park School.
Officials from the district, Oregon Health Authority and Multnomah County were slated to answer questions at community meetings later Tuesday night.
The district said it will provide bottled drinking water for all district students and staff through the end of the school year, until schools can be tested this summer, which happens every 15 years. The district placed bags over water fountains at all schools on Friday, Smith said.
She said she can't predict the cost of testing the system, saying the district may have to use reserve funds if it tops the $450,000 budget for the project.
It's possible two people could be placed on administrative leave as a result of the independent investigation, Smith said.
The lack of lead testing in Oregon schools' water systems — concerns for which were largely brought to the forefront by the Flint, Michigan, water crisis — prompted Gov. Kate Brown in April to call for a statewide review of existing school processes. She directed the Oregon Health Authority, which carries out Environmental Protection Agency water regulations at the state level, and the Oregon Department of Education to also make recommendations for improvement.
"Schools are not included when water systems test for lead as required by EPA, meaning that a water system may be deemed to have safe lead levels overall, while water quality at schools remains unknown," Brown said in an April statement.
Earlier this year, a Flint-inspired nationwide review by the USA Today Network found that more than 2,000 water systems fell short of EPA rules for lead, ranking Oregon at No. 18.
It also found EPA has handed out 180 citations to officials nationwide for failing to immediately tell the public — as was the case at the two Portland schools — when high lead levels are discovered.
Copyright 2016 The Associated Press. All rights reserved. This material may not be published, broadcast, rewritten or redistributed.