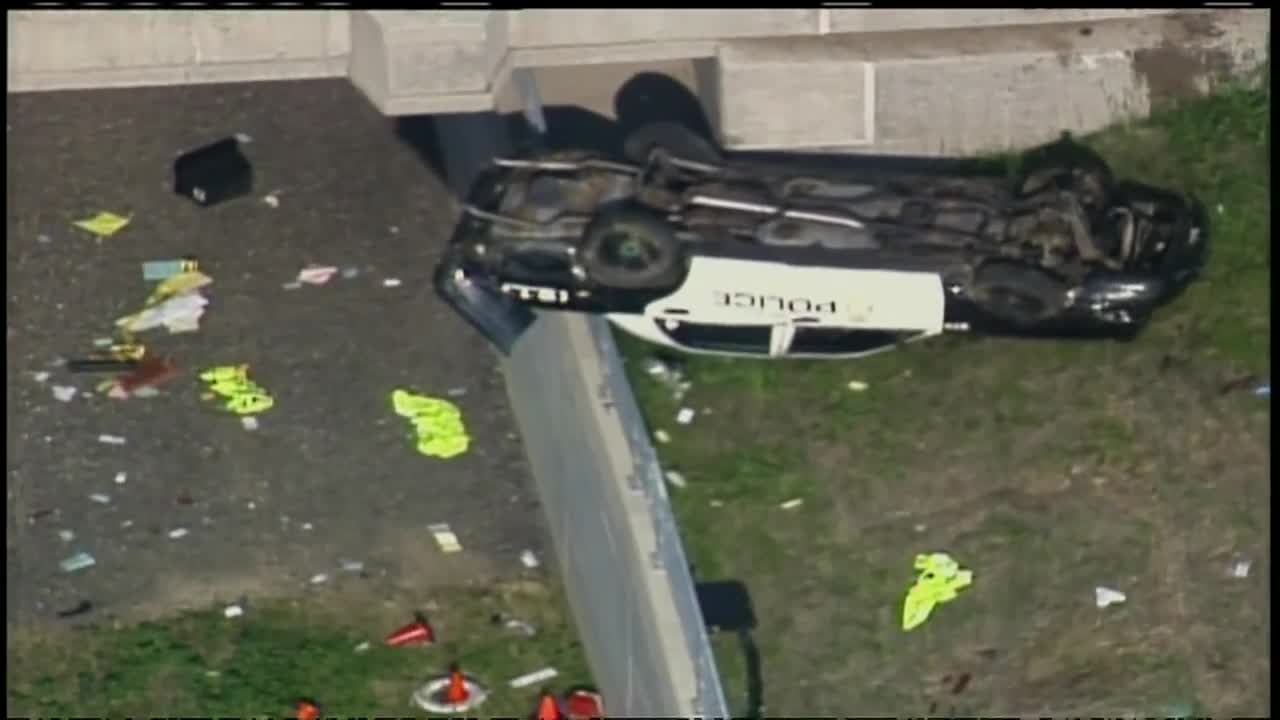 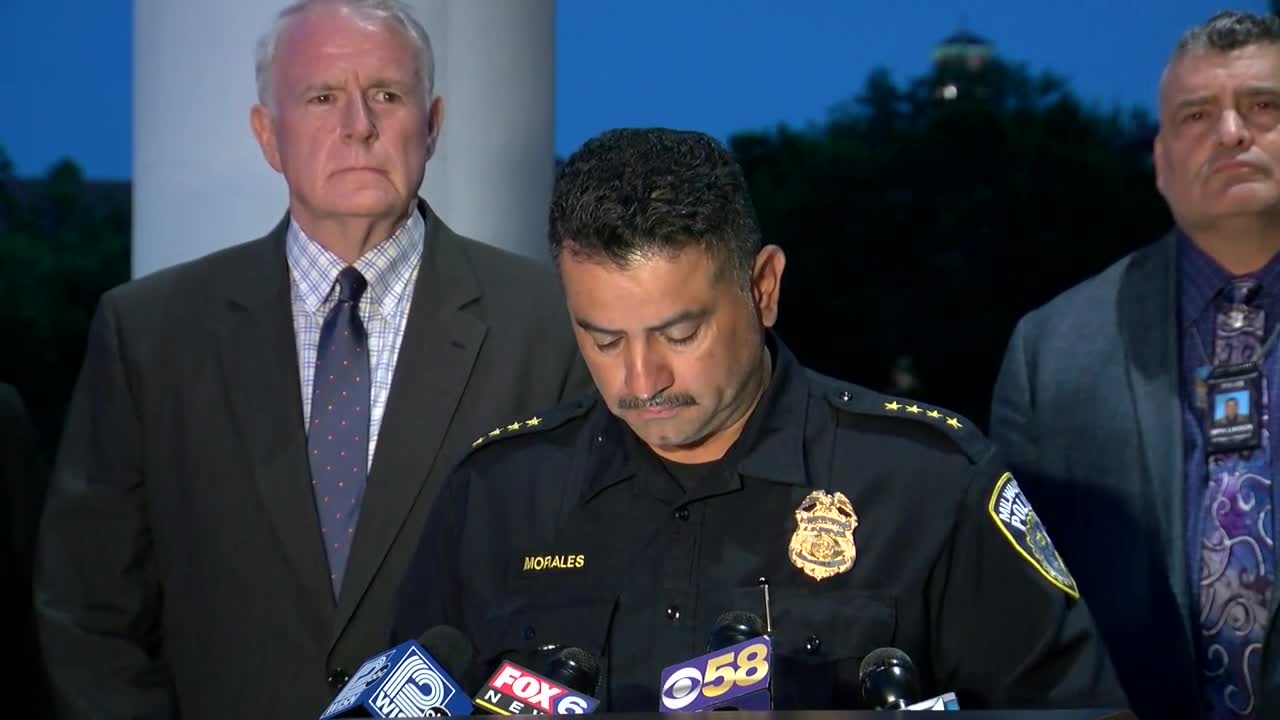 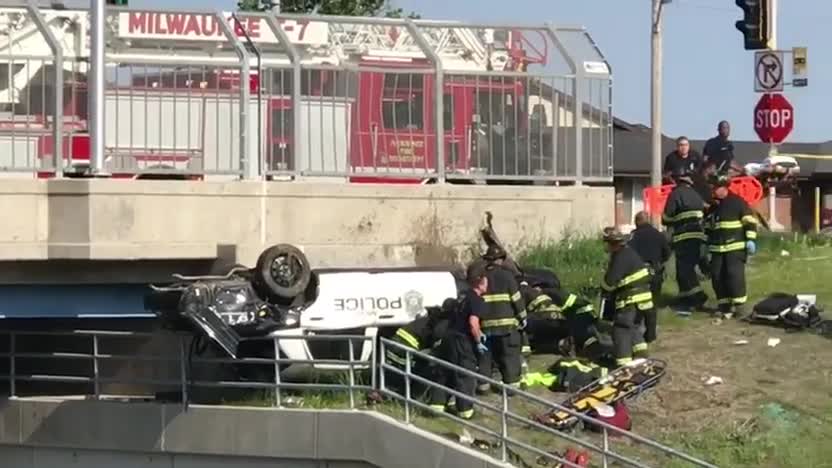 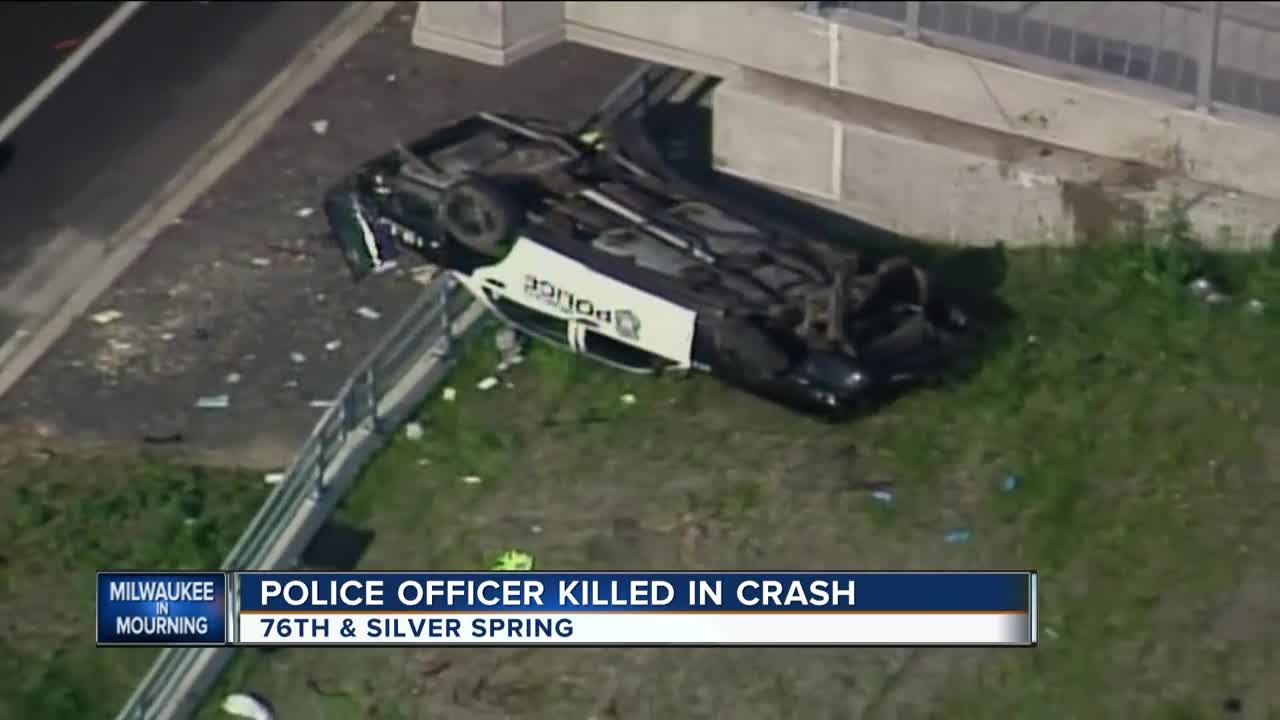 MILWAUKEE -- One police officer was killed and one was hospitalized after a Milwaukee Police squad car was involved in a rollover crash on the city's northwest side Thursday evening.

Charles Irvine Jr. was killed when his squad car rolled over during a pursuit of a reckless driver that ended near N. 76th St. and W. Silver Spring Dr. just after 5:00 p.m. Thursday. Footage from Scripps station WTMJ in Milwaukee shows heavy damage to the squad car, which rolled off the road until it was wedged near an overpass.

It's the first death in the line of duty for one of MPD's officers in 22 years.  Officer Wendolyn Tanner was shot and killed in a foot chase in September of 1996.

Irvine Jr. was a police aide for two years, and an officer for nearly two years, beginning his service with the department at 19.

The other officer injured in the crash suffered serious injuries, police say. He's a 36-year-old man with four years of service. Police say he is in stable condition.

A witness who did not want to be named described what she saw at the crash scene.

“A police officer was chasing somebody and they hit the wall and tumbled the rest of the way,” said the witness.

A teen who was too upset to talk on-camera told WTMJ reporter Rebecca Klopf that she was next to the squad car right before the officer activated his lights and sirens. He started chasing the car in front of her but it took off, she believes going at least 50 miles per hour, weaving in and out of traffic. Witnesses say one of the officer ended up outside of the squad.

“He was underneath the car,” said the unnamed witness.

Our prayers are with the members of the Milwaukee Police Department after the death of one of their officers and with his family.