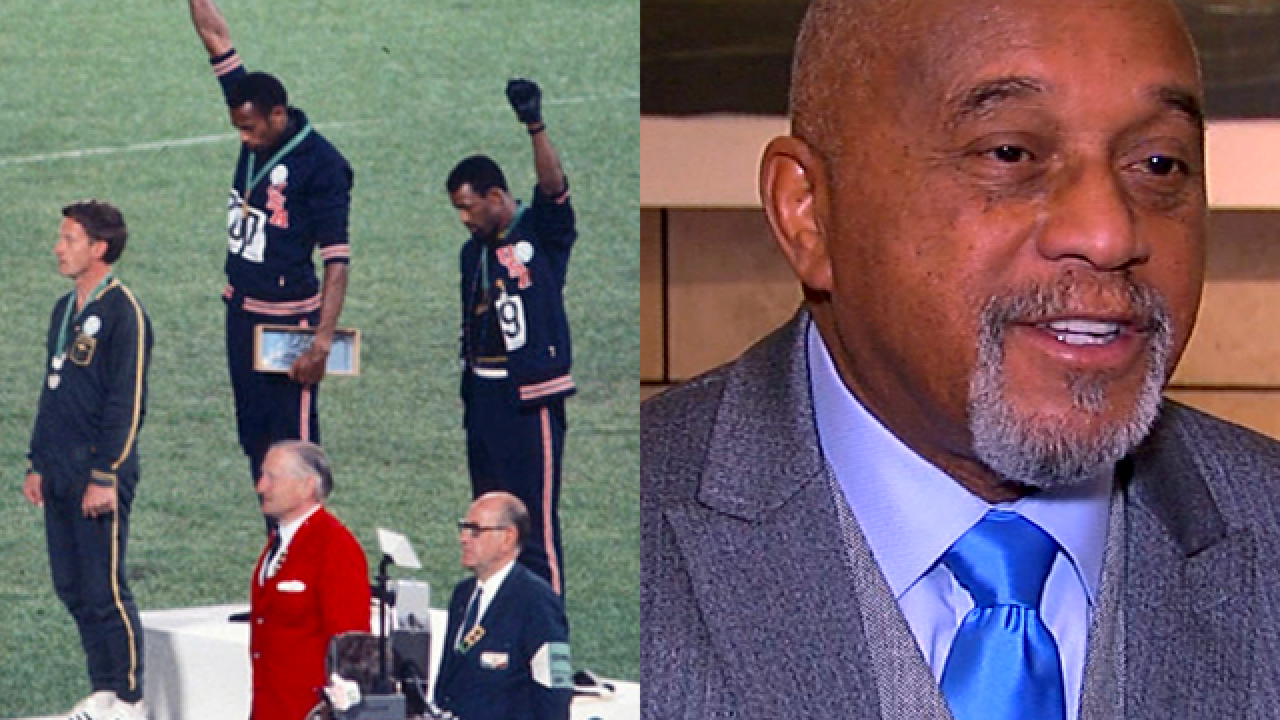 CINCINNATI, Ohio — Tommie Smith made history with a gesture in 1968, when he raised a single black-gloved fist on the Olympic podium after placing first in the 200-meter race.

The silent, peaceful act of protest on behalf of oppressed people across the globe -- particularly in South Africa, where Apartheid reigned, and in the United States, where the Civil Rights Act was just four years old -- attracted censure, professional blacklisting and even death threats from people who witnessed it.

That didn't stop Smith from fighting racial inequality wherever he saw it.

Half a century later, it still hasn't.

"The darker the skin, the more problems you have when it comes to equity, and I'm there to find out why," Smith said Tuesday night at Cincinnati's National Underground Railroad Freedom Center. "Why can't we do better with the emergencies that's needed to keep people alive?"

According to the Ohio Department of Health, black babies are nearly three times more likely than white to die before their first birthday.

This holds true across all parental income levels, which might otherwise be an indicator of the type of medical care mothers and newborns do or do not receive.

Experts aren't exactly sure why this happens or how to fix it. Smith, whose parents lost two babies before he was born, isn't either.

That's why he believes it's so important to keep drawing attention to the problem. Raising awareness can keep pressure on people with the power to investigate and make changes, and it can help black parents learn about an often-unspoken danger.

"There's nobody else to be their front door," he said. "I've always been a front door."

Smith's speech kicked off a Cincinnati Children's Hospital-organized summit surrounding the issue of infant mortality. The event, which will run through Wednesday at the Duke Energy Convention Center, was expected to attract over 1,000 health care and social work professionals.

RELATED: How Tommie Smith ended up playing for the Bengals.