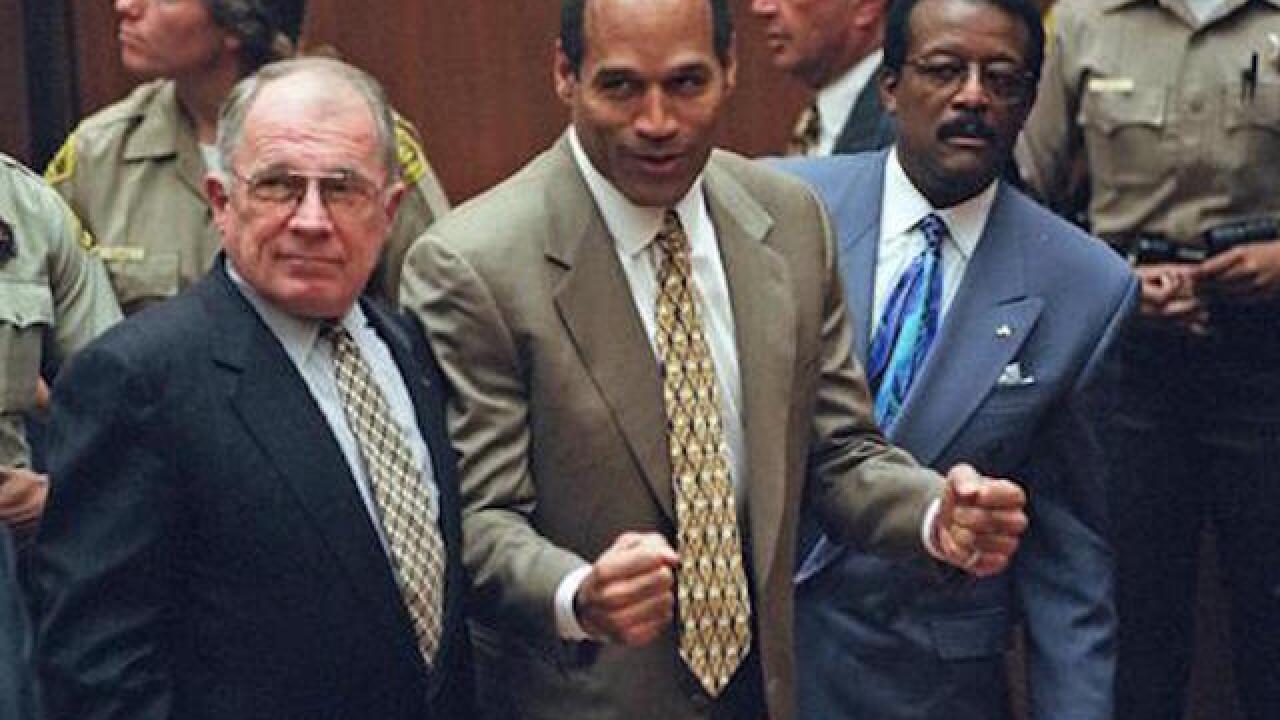 PORTLAND, Maine (AP) — Famed defense attorney F. Lee Bailey, whose legion of high-profile cases includes the O.J. Simpson murder trial, has filed for bankruptcy in Maine in an effort to discharge an IRS debt of more than $5 million.

Debts to the IRS aren't normally discharged in bankruptcy proceedings, but the 83-year-old Bailey said Friday that they can be if one abides by certain conditions, such as filing and paying his taxes on time since the original taxes and penalties were assessed.

The debt stems from a dispute of his reportable income from 1993 to 2001, The Portland Press Herald (http://bit.ly/28Se2hO ) reported.

Bailey served as one of Simpson's attorneys during the former NFL star's 1995 trial, which ended in his acquittal in the 1994 murders of his ex-wife, Nicole Brown Simpson, and her friend Ronald Goldman.

Bailey in the 1960s secured a reversal of Dr. Sam Sheppard's conviction in the murder of his pregnant wife, and an acquittal at his second trial. He also represented Albert DeSalvo, who claimed to be the Boston Strangler.

Bailey was disbarred in Florida in 2001 over mishandling client assets, and Massachusetts issued a reciprocal disbarment in 2003. Bailey's bid to gain admission to the Maine bar failed in 2014, when the Maine Supreme Judicial Court reversed a judge's ruling that would have allowed him to practice law in Maine.

Bailey told the Press Herald Bailey he wants to discharge what he owes to the IRS.

"At 83, it's a little late to raise that kind of money overnight. It's been a long battle," he said.