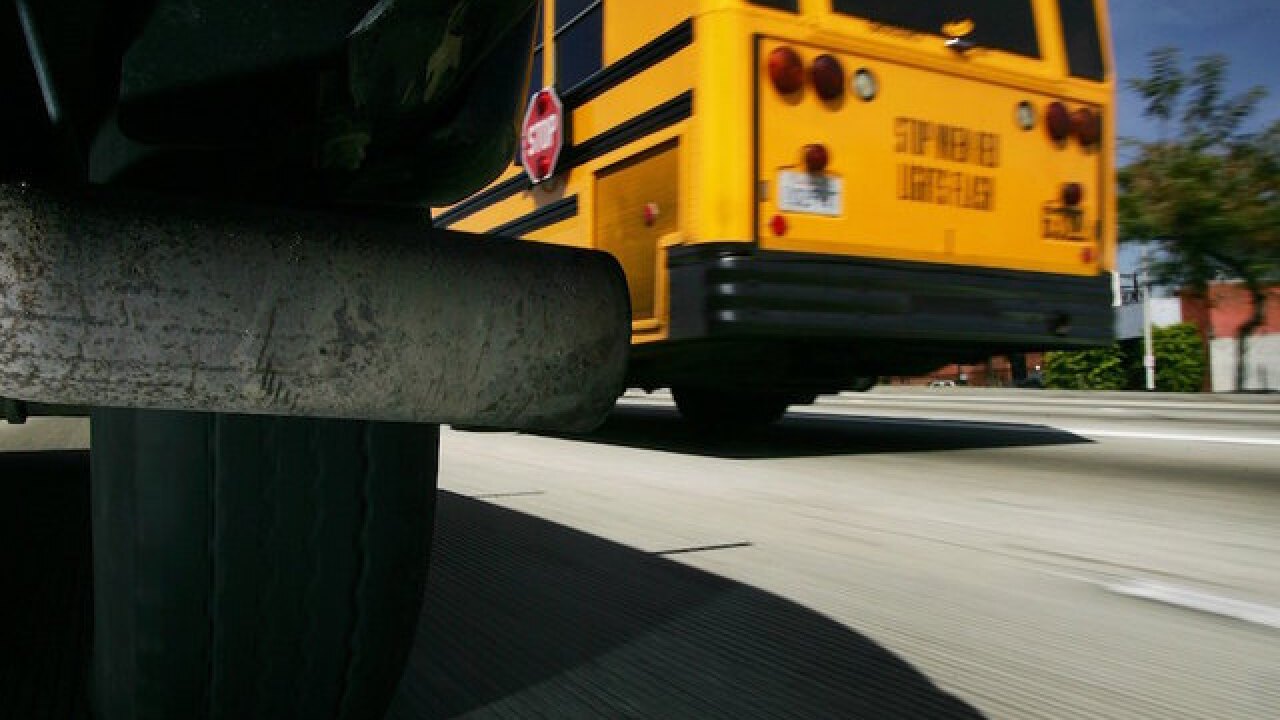 Matt Cox's daughter was suspended from riding the school bus on Nov. 30 due to bullying.

Cox said his daughter told him that he had to drive her to school the following week, but he decided to teach her lesson instead.

"I realized she viewed the privilege of riding the bus and or car rides to and from school as a right and not a privilege," Cox said.

On Monday, Cox made his daughter walk to school and posted a video on Facebook saying, "Life lessons."

In the video, Cox said a lot of children today feel that the things their parents do for them are a right and not a privilege.

Cox said his daughter was upset when she first started walking on Monday.

During the walk, Cox talked to his daughter about how her actions were the reason she was walking. He said by the end of the walk she calmed down and realized that if she hadn't bullied others she would still be on the bus.

Cox said he was shocked when he found out the video went viral.

"I was in complete shock that so many people responded when I originally posted it. I just thought friends and family would see it, and then a friend asked me to make it public so that they could share it," Cox said. "By the time I woke up the next day I had hundreds of messages in my inbox and saw that there were quite a few views."

Cox said he sat down with his children to show them the comments on the video so that they could understand the effects of bullying.

"She, along with my other two children, seem to show a great deal of empathy towards some of the sad stories that I read with them," Cox said.

He believes his daughter learned her lesson about bullying and will now appreciate the bus ride to school.

Cox hopes that when others view the video, they will learn just how much words can hurt others.

"I just hope that through the video being shared kids can take a look and read some of the comments and tutorials on the post and see just how much words can hurt and cut deep and can have lasting effects on those involved sometimes in the most awful cases life-ending effects," Cox said.

"I also hope that parents see the video and start holding their kids accountable for their actions and stop sweeping their child's actions under the rug with the ideology that kids will be kids. We as parents need to stop the bullying on the home front because bullying only breeds bullying," Cox said.