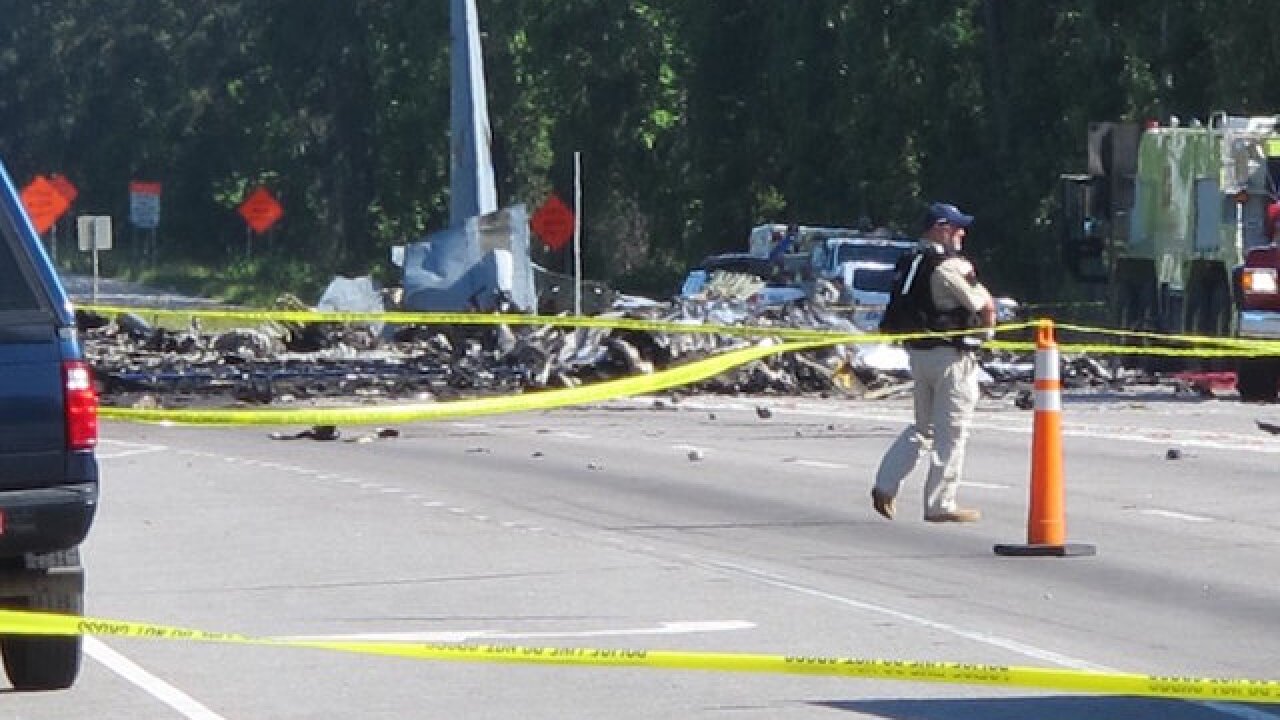 The military is investigating why an aging cargo plane making its final military flight nosedived into a Georgia highway on Wednesday, killing all nine people on board.

The Puerto Rico Air National Guard WC-130 was flying from Savannah, Georgia, to Tucson, Arizona, where it was to be decommissioned. The plane involved in Wednesday's crash was at least 50 years old, according to an official familiar with the aircraft.

"Nine crew members died in the accident, but until their families and relatives are notified, we cannot give their names," said Brigadier General Isabelo Rivera, the assistant general of Puerto Rico.

All were from Puerto Rico, officials said.

The investigation, which is underway, is being carried out by the National Guard Bureau and the Air Force, he said. The National Transportation Safety Board will not be involved, according to a statement from the Chatham County Board of Commissioners.

There were no injuries on the ground.

"We don't know the cause of the crash," said Maj. Paul Dahlen.

The plane from the 156th Airlift Wing in Puerto Rico had been in Savannah for "a number of days" undergoing routine maintenance before heading to the Aerospace Regeneration and Maintenance Group in Arizona, he said. AMARG, also known as "The Boneyard," is an Arizona facility where the military keeps thousands of aircraft as well as spacecraft.

State Highway 21 will remain closed indefinitely as investigators examine the crash site and debris field, according to Chatham County.

The next briefing is expected Thursday 8:30 a.m. ET.

Witness: 'Ground shook like a bomb was going off'

Video from a business near the crash showed the horrifying final moments of the hulking plane, a version normally outfitted to do weather reconnaissance.

The jet, with four turboprop engines on its overhead wing, banked left as it came down. The plane then plummeted straight down behind the trees. Seconds later a fireball and thick black smoke appeared.

Truck driver Roger Best who works for a transportation company in Garden City, about 4 miles south of the crash, saw the plane overhead before it crashed. It was so low when it passed over that it rumbled the ground beneath his rig, he said.

His company handles hazardous materials, he said, expressing gratitude that the aircraft didn't crash in his immediate vicinity.

"If he did, this area is a giant bomb and this whole (five-mile) radius would have blown up," he told CNN over Facebook, calling the pilot a hero for avoiding the area. "He barely made it over the tree line (and it) looked as if he tried to turn and nose dive straight into the ground right in front of me."

"The ground shook like a bomb was going off," Denver Goodwin, who works down the street from the crash, said. "All the people in the building started panicking. It was absolutely horrible."

A tweet from the Savannah Professional Firefighters Association showed the tail of the plane smoldering in thick smoke.

WC-130 is a variant of the C-130. Produced continuously since 1954, the C-130 is a reliable and versatile aircraft with several iterations. It can be outfitted for transport, reconnaissance, search and rescue, research, refueling, patrol or as a gunship.