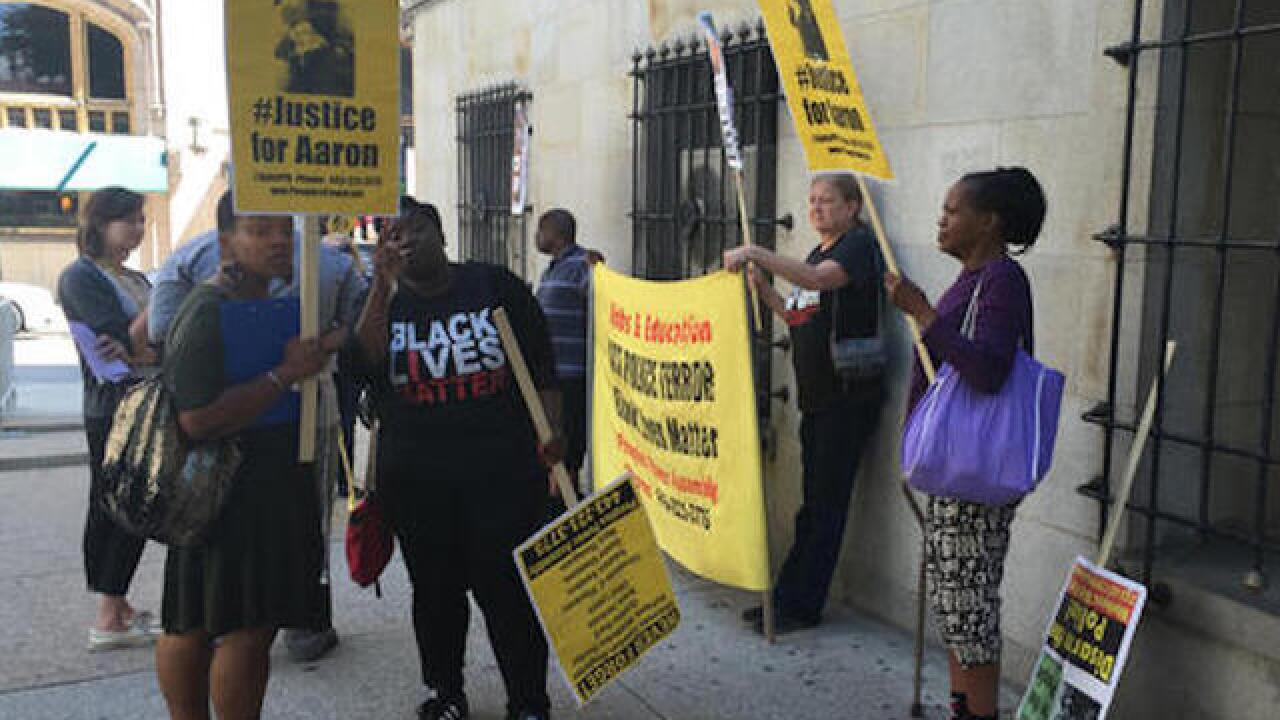 BALTIMORE (AP) — There will be no trial by jury for the highest-ranking police officer charged in the death of a young black man whose broken neck inside a police van caused civil unrest in Baltimore.

Lt. Brian Rice has chosen to be tried instead by a judge, his lawyers said Tuesday — the same one who already acquitted two fellow officers in Freddie Gray's death.

Baltimore Circuit Judge Barry Williams denied a defense motion to dismiss the case against Rice, whose trial begins Thursday on charges of manslaughter, assault, reckless endangerment and misconduct in office.

But the judge said prosecutors can't use Rice's in-service training records — a trove of 4,000 pages police recently handed over — because prosecutors failed to share them with the defense team soon enough.

Chief Deputy State's Attorney Michael Schatzow said they had been asking the police department for these files "for months and months," but only recently received them.

But the judge said the state should have used its subpoena power, if it had to, so that the defense could have time to prepare before trial.

"Your office didn't do what it was supposed to do," Williams said.

The first of the six charged officers to go to trial, William Porter, faced a jury and ended with a mistrial. The next two chose bench trials instead, and were acquitted.

After finding officers Edward Nero and Caesar Goodson not guilty last month, Williams said prosecutors had yet to produce evidence proving a crime was committed by the officers who left Gray handcuffed and shackled but unrestrained by a seat belt inside Goodson's van.

Rice's personnel file includes some troubles of his own: He was hospitalized over mental health concerns and twice placed on administrative suspensions.

A police union attorney attributed Rice's 2013 suspension to a protective order filed by McAleer's then-boyfriend, and said such issues "had nothing to do with his ability to perform his duties as a Baltimore police officer."

Baltimore State's Attorney Marilyn Mosby vowed to bring justice to an aggrieved citizenry when she announced the charges last year. She has yet to find success in court.

After the acquittals, the other two officers charged in the 25-year-old prisoner's death, Sgt. Alicia White and Officer Garrett Miller, filed motions to dismiss their cases.

Five of the officers, all but Goodson, have filed defamation suits against her, and a law professor at George Washington University, John Banzhaf, filed a formal complaint with Maryland's Attorney Grievance Commission alleging Mosby pursued the charges without probable cause, which would violate her professional oath.

Gray's death on April 19, 2015, prompted peaceful protests followed by rioting that caused millions of dollars in property damage in the some of the city's poorest neighborhoods.