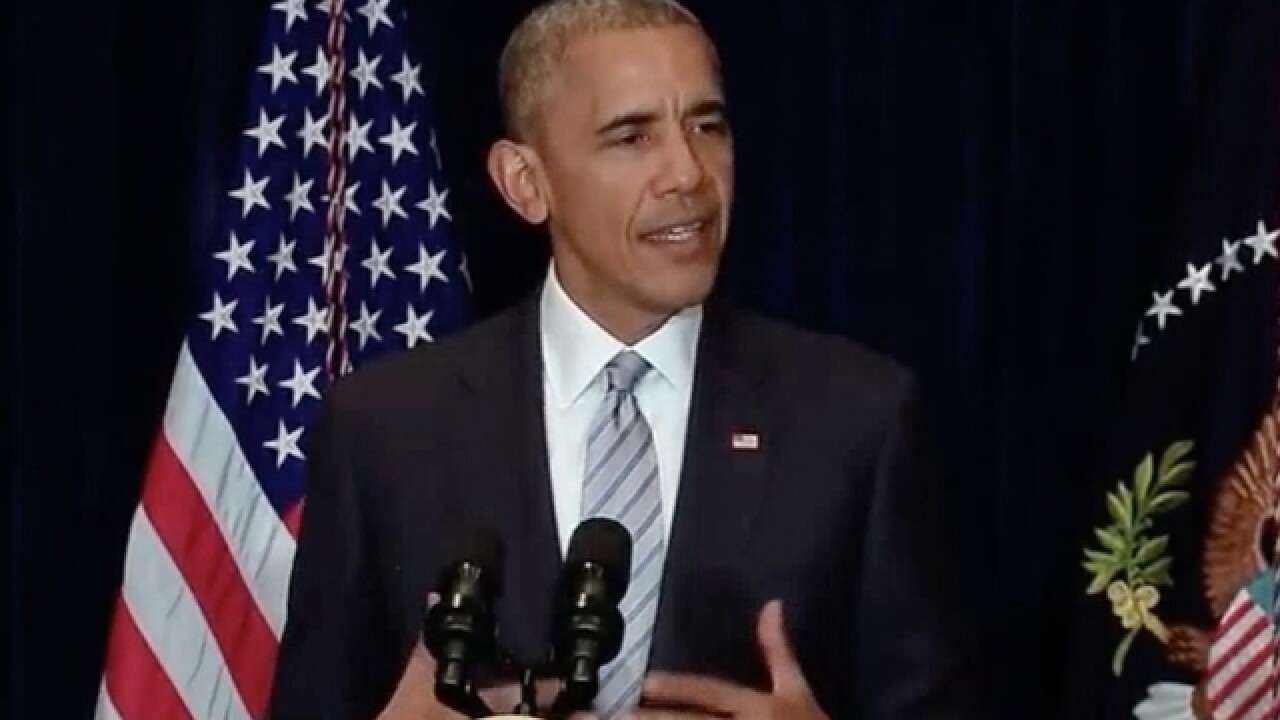 By: Associated Press
Posted at 2:37 AM, Jul 20, 2016
WASHINGTON (AP) — President Barack Obama is taking stock of his work to improve the standard of living in developing countries with a keynote address to a summit on global development.
Development workers, representatives from the public and private sectors, diplomats, entrepreneurs and others are expected to attend Wednesday's daylong gathering at Washington's Ronald Reagan Building near the White House.
Officials say the White House summit, coming near the end of Obama's term, is being held to review progress on global development during his presidency. They say initiatives started since Obama took office in 2009 have helped reduce poverty, malnutrition and child mortality.
The summit is also being held to recommit to solving problems that continue to make life difficult for the approximately 1 billion people living in poverty worldwide.
Copyright 2016 The Associated Press. All rights reserved. This material may not be published, broadcast, rewritten or redistributed.