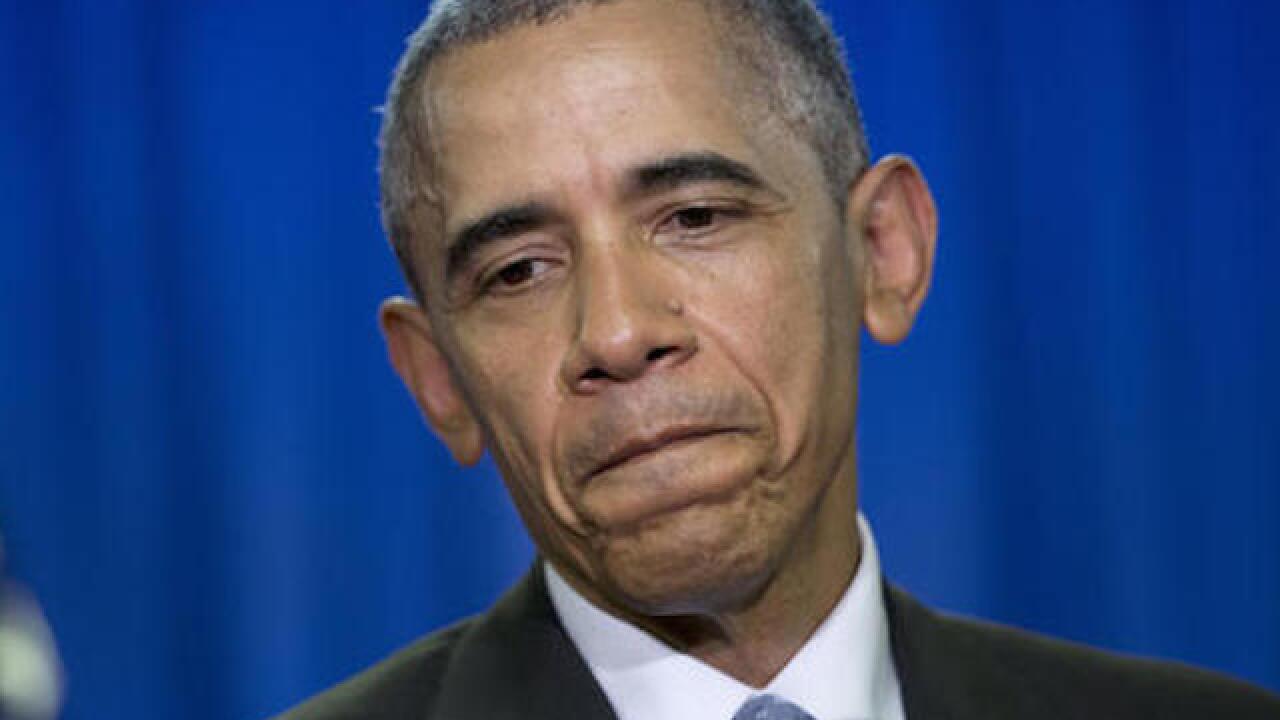 Carolyn Kaster
<p>President Barack Obama pauses as he speaks during a news conference at the Shima Kanko Hotel in Shima, Japan, Thursday, May 26, 2016, after completion the third working session of the G-7 Summit. (AP Photo/Carolyn Kaster)</p>

HIROSHIMA, Japan (AP) — Convinced that the time for this moment is right at last, President Barack Obama on Friday will become the first American president to confront the historic and haunted ground of Hiroshima.

Here, at this place of so much suffering, where U.S. forces dropped the atomic bomb that gave birth to the nuclear age, Obama will pay tribute to the 140,000 people who died from the attack seven decades ago.

He will not apologize. He will not second-guess President Harry Truman's decision to unleash the awful power of nuclear weapons. He will not dissect Japanese aggression in World War II.

Rather, Obama aimed to offer a simple reflection, acknowledging the devastating toll of war and coupling it with a message that the world can — and must — do better.

He will look back, placing a wreath at the centopath, an arched monument in Hiroshima's Peace Memorial Park honoring those killed by the bomb that U.S. forces dropped on Aug. 6, 1945. A second atomic bomb, dropped on Nagasaki three days later, killed 70,000 more.

Hiroshima is much more than "a reminder of the terrible toll in World War II and the death of innocents across the continents," Obama said Thursday.

It is a place, he said, "to remind ourselves that the job's not done in reducing conflict, building institutions of peace and reducing the prospect of nuclear war in the future."

Those who come to ground zero at Hiroshima speak of its emotional impact, of the searing imagery of the exposed steel beams on the iconic A-bomb dome. The skeletal remains of the exhibition hall have become an international symbol of peace and a place for prayer.

It is a moment 70 years in the making. Other American presidents considered coming, but the politics were still too sensitive, the emotions too raw.

Even now, when polls find 70 percent of the Japanese support Obama's decision to come to Hiroshima, the visit is fraught.

Obama's choreographed visit will be parsed by people with many agendas.

There are political foes at home who ready to seize on any hint of an unwelcome expression of regret.

There are Koreans who want to hear the president acknowledge the estimated 20,000-40,000 of their citizens who were among the dead in Hiroshima and Nagasaki.

There are blast survivors who want Obama to listen to their stories, to see their scars — physical and otherwise.

There are activists looking for a pledge of new, concrete steps to rid the world of nuclear weapons.

There are American former POWs who want the president to fault Japan for starting the war in the Pacific.

Obama will try to navigate those shoals by saying less, not more.

The dropping of the bomb, he said Thursday, "was an inflection point in modern history. It is something that all of us have had to deal with in one way or another."