Obama reaches for upbeat outlook in final State of the Union 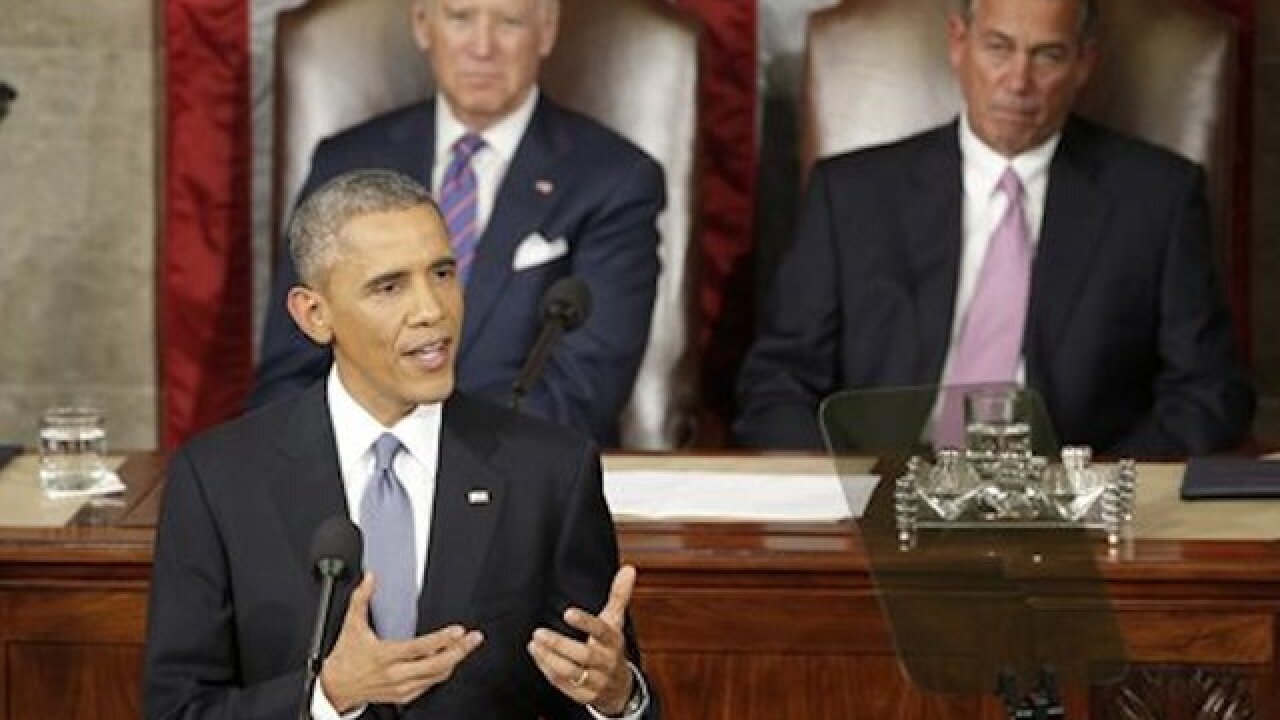 After six years of pitching ambitious proposals in his annual speech to Congress, Obama plans to take a rhetorical step back this year as he opens the final stretch of his presidency, in which he has less control over the nation's political agenda than ever before. By returning to the hopeful tenor of his two presidential campaigns, Obama also hopes to give voice to themes that Democrats can embrace in their campaigns to replace him and win back control of Congress.

His spokesman, Josh Earnest, said Obama's "optimism about the country is characterized by his confidence in the American people and our country to overcome those challenges."

But the country Obama has led for the last seven years doesn't always see it the same way.

Seven in 10 Americans said they see the U.S. heading in the wrong direction, according to an NBC News-Wall Street Journal poll last month. That's a marked decline from just two months earlier, and an even steeper fall compared to the first year of Obama's presidency, when less than half said in July 2009 that the U.S. was heading down the wrong path.

Driving that pessimism across the country, polls show, are steep concerns about national security in the era of the Islamic State group and lingering trepidation among some about the quick pace of social change in the U.S.

On the other hand, while 2015 was a volatile year for Wall Street, Americans are by and large more confident about the economy than they were a few years ago.

Obama acknowledged in an interview that "there have been times during the course of my presidency where I have tightened up. There's no doubt I am looser now."

And while White House aides were careful to avoid describing Tuesday's speech as a victory lap, Obama planned to call attention to his administration's successes, both during the last year and throughout his two terms in office.

Over the past year, Obama has reached a nuclear deal with Iran, re-launched diplomatic relations with Cuba, secured a global climate pact and an Asia-Pacific trade deal, and negotiated a budget deal with the Republican-led Congress. Unemployment has fallen to 5 percent and renewed confidence in the economy led the Federal Reserve to start raising interest rates.

Asked on NBC's "Today" show Tuesday about his stewardship of the country and life in the White House, Obama said "this place has a tendency to isolate you."

The American people need their president to "communicate constantly and with confidence" about national affairs, he said, conceding that it's something "I haven't always done well as president."

Obama had acknowledged earlier that he should have explained more clearly what his administration was doing specifically to combat the surging Islamic State group.

In place of a typical to-do list for Congress in the State of the Union address — a non-starter as Obama enters his lame-duck phase — the president will speak in broad strokes about what he feels the U.S. can and should aspire to in the future. He will offer an implicit rebuttal to the sense of pessimism reflected in polls and cable news. He'll also offer a renewed call for unfinished pieces of his agenda that already have a foothold in Congress, such as approval for his Asia-Pacific free trade pact and bipartisan efforts to overhaul the criminal justice system.

"What I would like is to see the president talk about what is, of course, the number one issue on Americans' minds today and that is terrorism, national security, the situation in the Middle East and the attacks on America," said Sen. John McCain.

Interviewed on MSNBC, the Arizona Republican who lost the presidential race to Obama in 2008, called him "an articulate individual who I think has done a good job in that respect."

Obama's chief of staff, Denis McDonough, argued Obama's more sanguine message would contrast with the "doom and gloom" attitude being peddled by Republicans this year on the campaign trail and in Congress.

"This kind of stuff appears to work for their politics, but is not based on any reality," McDonough said.

No longer must-watch television, the State of the Union has suffered a major drop-off in viewers amid the proliferation of cable channels and other tempting distractions on a Tuesday night. Last year, Obama's speech reached 31.7 million viewers, according to Nielson, down from 52 million for his first State of the Union and a whopping 62 million for George W. Bush in 2003.

But Obama isn't going quietly. In a bid to amplify his message, the White House rolled out a dizzying array of social media programming geared not only toward those who won't watch on TV, but also those looking for a "second screen" experience.

The latest innovation ahead of Tuesday's address came by way of a new White House account on Snapchat, where Obama's aides were sharing behind-the-scenes images and videos of its preparations through the see-it-before-it-disappears app. Viewers watching the speech through a YouTube livestream were invited to return on Friday when three YouTube celebrities quiz the president live from the East Room.