Target is latest corporation to make Juneteenth a company holiday 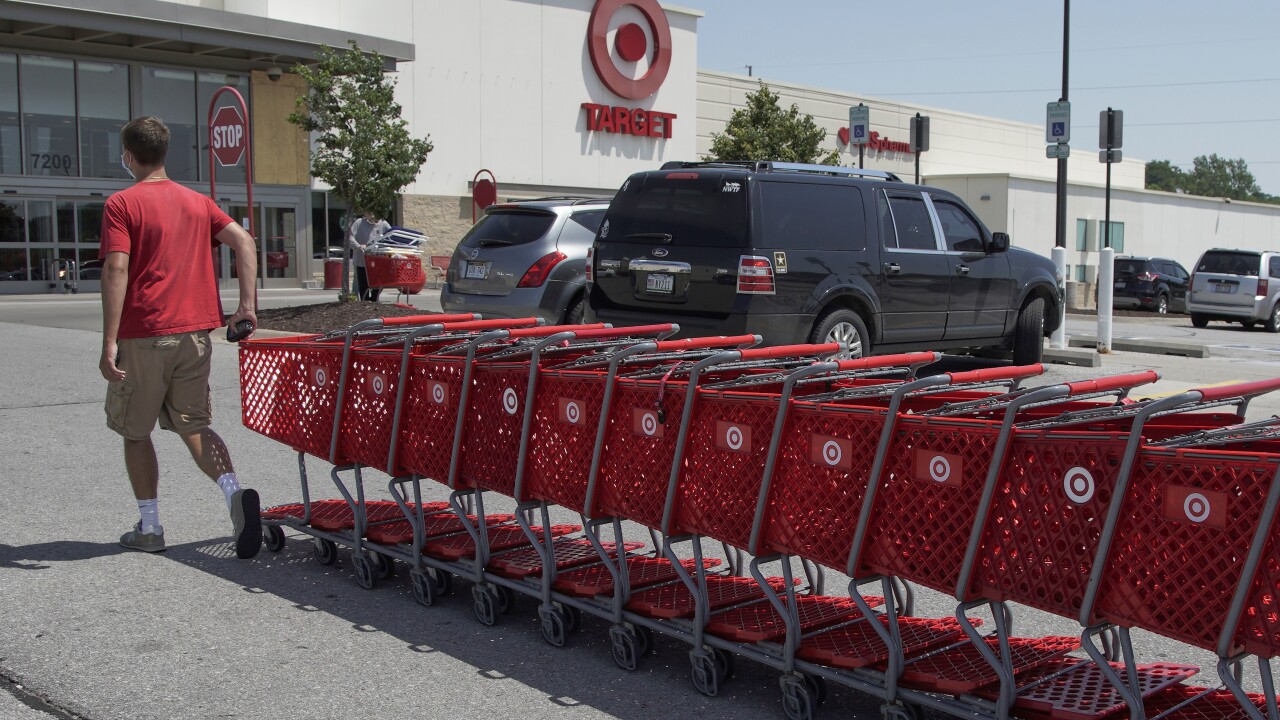 Copyright 2020 The Associated Press. All rights reserved
Nati Harnik/AP
A Target employee returns shopping carts from the parking lot, in Omaha, Neb., Tuesday, June 16, 2020. American shoppers ramped up their spending on store purchases by a record 17.7% from April to May, delivering a dose of energy for retailers that have been reeling since the coronavirus shut down businesses, flattened the economy and paralyzed consumers during the previous two months. (AP Photo/Nati Harnik)

A growing list of companies in the United States have recently announced that they’ll start recognizing June 19, or Juneteenth, as a permanent company-wide holiday in support of racial diversity.

Juneteenth is a day that commemorates the end of slavery in the U.S. On June 19, 1865, Union troops arrived in Galveston, Texas, with news that the Civil War was over, and that all remaining slaves in the state were free.

That was more than two years after President Abraham Lincoln issued the Emancipation Proclamation on Jan. 1, 1863, which declared “that all persons held as slaves” within the rebellious states “are, and henceforward shall be free,” according to the National Archives.

Target is among the latest to make Juneteenth a company holiday. The chain made the announcement Monday, saying it wanted to give its employees the space to honor the holiday in their own way. All stores and distribution centers will remain open and hourly team members who work on June 19 will be paid time and a half, like with other holidays.

“We recognize that the racial trauma the country is experiencing now is not new, but throughout recent weeks there has been a sense that this time is, and has to be, different,” said Brian Cornell, chairman and CEO at Target. “Juneteenth takes on additional significance in this moment. Moving now to recognize it on an annual basis—as a day to celebrate, further educate ourselves or connect with our communities—is one more important action Target can take as a company to help the country live up to the ideal of moving forward in a new way.”

The NFL is also making the move. The league’s commissioner, Roger Goodell, made the announcement Friday in an internal memo obtained by ESPN’s NFL insider Adam Shefter.

“This year, as we work together as a family and in our communities to combat the racial injustices that remain deeply rooted in to the fabric of our society, the NFL will observe Juneteenth on Friday, June 19th as a recognized holiday and our league offices will be closed,” Goodell wrote. “It is a day to reflect on our past, but most importantly, consider how each one of us can continue to show up and band together to work toward a better future.”

A memo that went to NFL teams today: pic.twitter.com/XsKpDmQ6UT

Nike made a similar announcement on Thursday. In a letter to employees obtained by Forbes, CEO John Donahoe wrote that recognizing Juneteenth as a company holiday is an “important opportunity to better commemorate and celebrate black history and culture.”

The NFL and Nike are following the footsteps of Twitter, Square and Vox Media, which also say they are making June 19 a company holiday.

Both Twitter and Square are making #Juneteenth (June 19th) a company holiday in the US, forevermore. A day for celebration, education, and connection.https://t.co/xmR3fWMiRs

Vox Media will observe Juneteenth as a company holiday and is launching a fellowship program focused on HBCUs and members of NABJ, per company memo from Chief Executive Jim Bankoff: pic.twitter.com/1yXzrJv2Vo

These changes come after weeks of protests over the killing of 46-year-old George Floyd in Minneapolis on Memorial Day. A police officer was caught on video pressing his knee against Floyd's neck for several minutes as he said, "I can't breathe," and then passed away. Many are calling for justice for his death and lawmakers are working on legislation to address police reform.