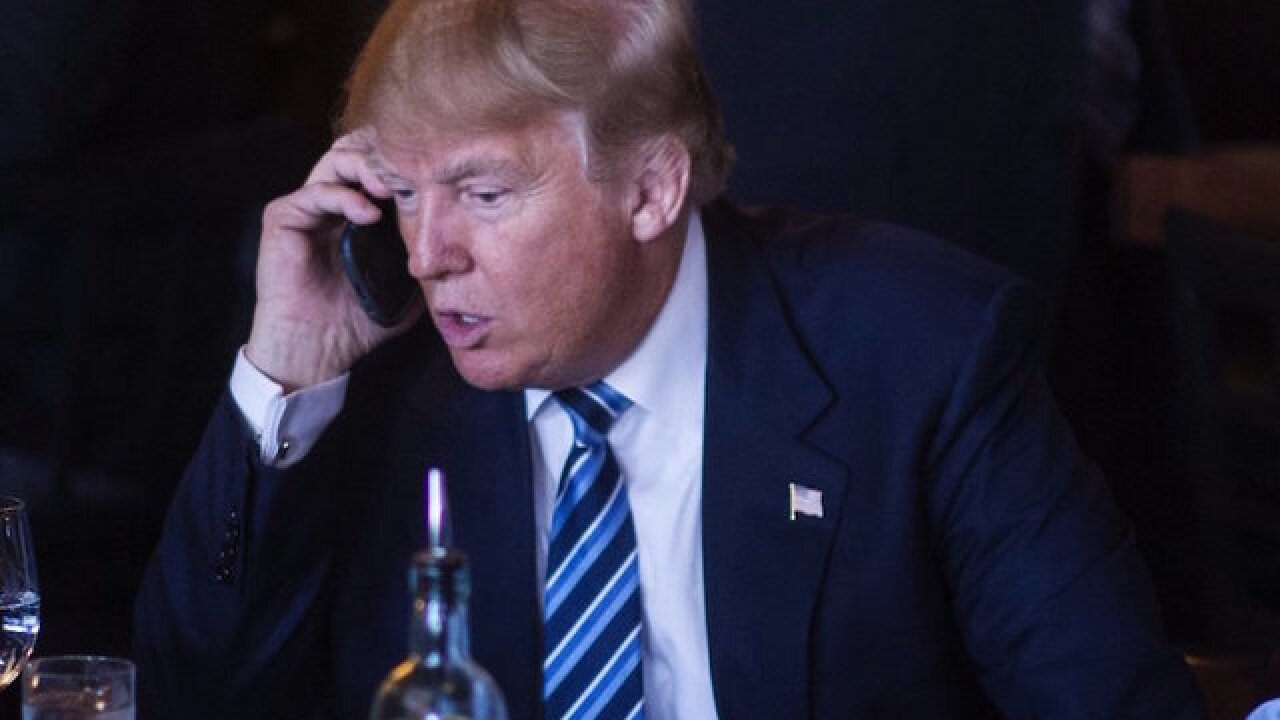 The Times report, citing current and former officials, said Chinese spies have listened to Trump's iPhone calls and that the President's aides had told him Russian spies were listening regularly.

Trump's cell phone use has been noted throughout his tenure, and security experts have raised concerns in the past. CNN noted in April that after John Kelly became chief of staff, Trump made more calls through the White House switchboard, but by the time of the April report, the President had begun to make more calls through his cell.

The New York Times report said the officials raising an alarm about Trump's refusal to stop making unsecured calls were doing so out of frustration.

Those officials told the Times that China was seeking to use its findings on Trump to help the country in its trade dispute with the US and that the Chinese had noted Trump's conversations with Stephen Schwarzman, head of The Blackstone Group, and Steve Wynn, a Las Vegas figure who established major investments in Macau, a gambling hub in China. Wynn stepped down as finance chair for the Republican National Committee last January following allegations of sexual misconduct, which he denied.

China, in turn, has begun using its own businessmen to try to influence people friendly with those Trump talks to, according to the New York Times report, hopes the information will make it to the President.

"My reaction to this New York Times report is that certain people in the United States really have been sparing no effort in their pursuit of an Oscar for best screenplay," Hua told reporters Thursday.

Hua added that if the US was concerned about the security of Apple iPhones, they could switch to the Chinese brand Huawei.

An attorney for Wynn told the Times that Wynn was retired and declined to comment, and a spokeswoman for Blackstone said Schwarzman "has been happy to serve as an intermediary on certain critical matters between the two countries at the request of both heads of state."

As the report noted, Trump indicated to the Wall Street Journal this week that he had discretion about information transmitted through his phone.

"I actually said don't give it to me on the phone," Trump said of information on the death of Saudi journalist Jamal Khashoggi. "I don't want it on the phone. As good as these phones are supposed to be."

This story has been updated.