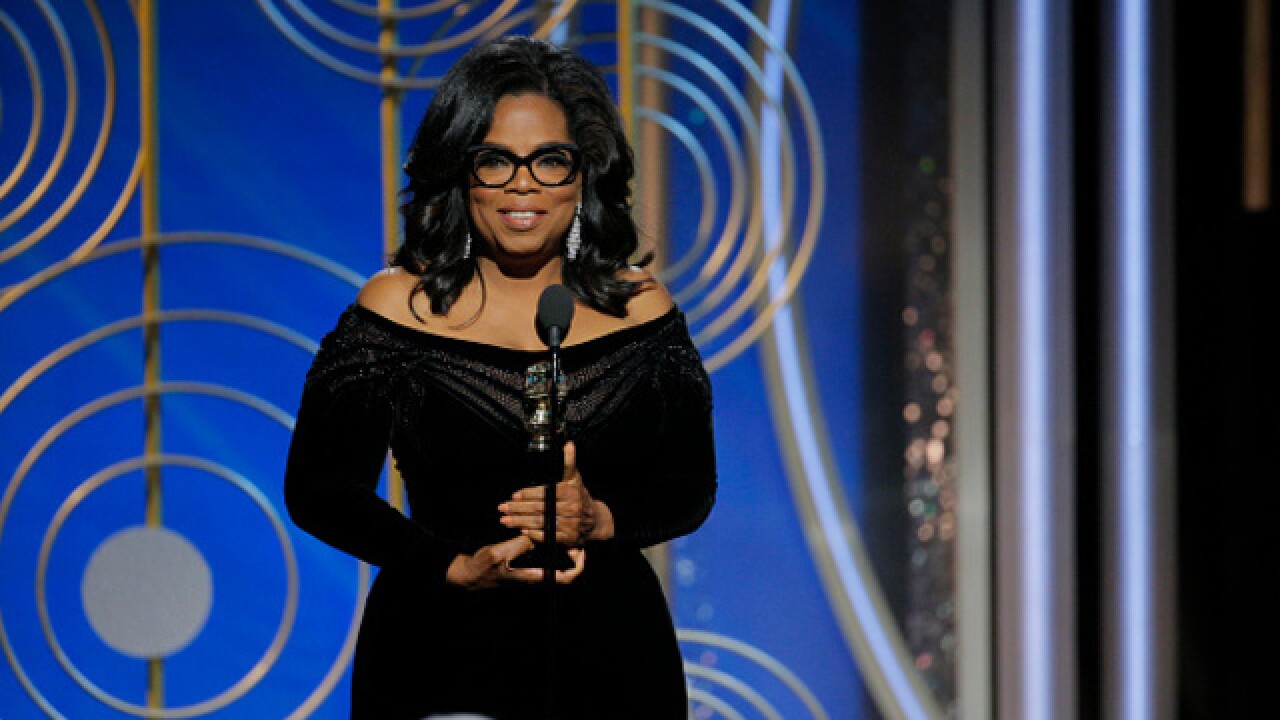 Image copyright 2018 Getty Images. All rights reserved. This material may not be published, broadcast, rewritten, or redistributed.
Handout

Ever since her moving speech at the Golden Globes this past Sunday, buzz is circulating that Oprah Winfrey should enter the 2020 presidential campaign.

The chitchat, though not confirmed, may not just be gossip. In fact, sources close to Oprah have shared that  she is "actively thinking" about running during the 2020 election.

But would she beat our current president?

As reported by CNN, President Donald Trump does not appear to be worried. "I like Oprah, I don't think she's going to run," said Trump.

But according to a poll from Rasmussen Reports, Oprah would beat him in 2020. Conducted January 8-9, the survey asked two questions:

2. If the presidential race in 2020 was between Donald Trump and Oprah Winfrey, who would you vote for?

55% of the likely voters had a 'favorable' impression of Oprah, with 27% finding her 'very favorable'. 34% of voters found Oprah to be 'unfavorable' and 18% found her 'very unfavorable'.

People are more likely to find Oprah favorable if they are a woman or under the age of 40. The study found that 52% of women preferred her over Trump. Though Winfrey leads among all races, she especially has the support of the black community.

Of course, no one will know if Oprah plans to join the presidential race as a Democratic candidate until after the 2018 midterms, but fans have shown that she'd have plenty of supporters in the entertainment industry.