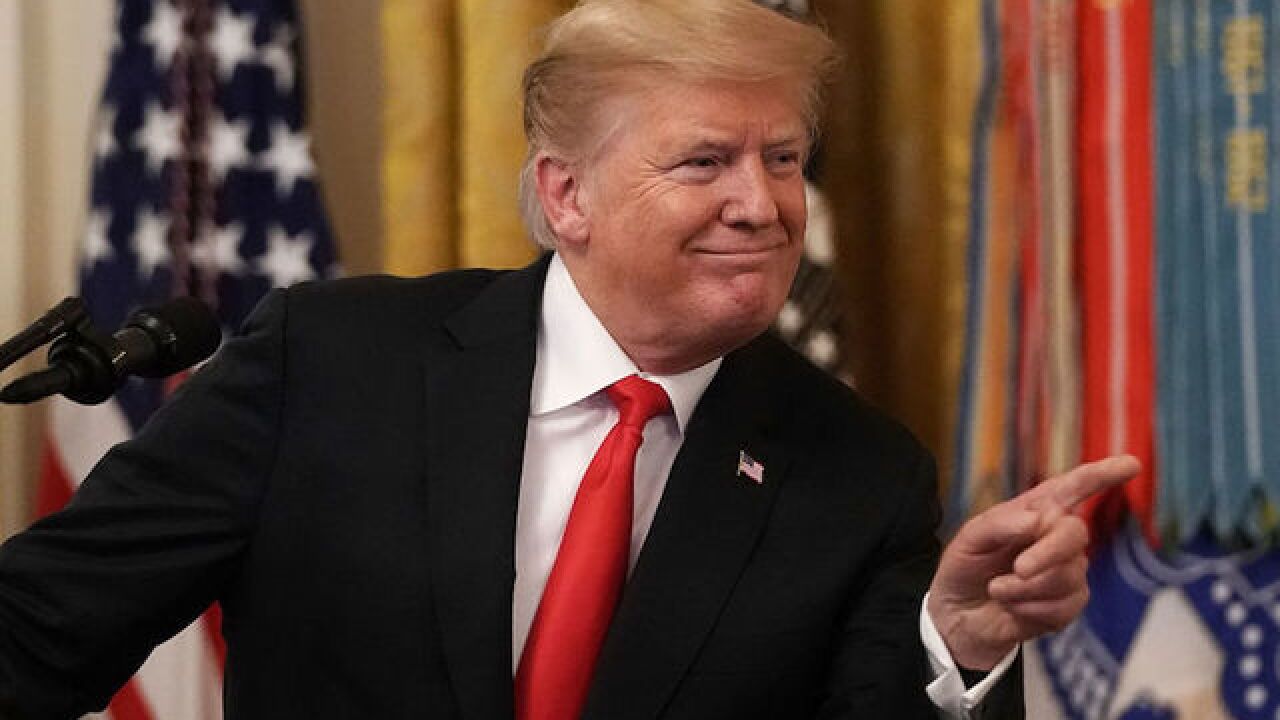 Image copyright 2018 Getty Images. All rights reserved. This material may not be published, broadcast, rewritten, or redistributed.
Alex Wong
<p>U.S. President Donald Trump delivers remarks during a Congressional Medal of Honor Society reception at the East Room of the White House September 12, 2018 in Washington, DC. President hosted a reception to honor Medal of Honor recipients.</p>

HENDERSON, Nev. — A 69-year-old sociology professor who shot himself in the arm on the College of Southern Nevada campus in August was reportedly doing so in protest of President Donald Trump.

According to Mark Jeffry Bird's arrest report, a student at CSN's West Charleston campus rendered aid to him after he came out of the restroom bleeding on Aug. 28. When rendering first aid, the student said Bird "started saying he's protesting Trump and that he shot himself because of that."

Another employee saw him as he left the restroom. She said she had just heard a loud noise when Bird walked of the restroom and then Bird fell to the ground with blood coming from his arm. After the employee called 911 and they were awaiting medical personnel, she said Bird made a statement against Trump and was rambling about what was happening in the country.

A male employee also told police that Bird said something about Trump but didn't specify what.

Several witnesses said while they heard a loud noise in the restroom, they did not realize Bird had used a gun until after the fact.

When responders entered the restroom, they found a pistol, along with a $100 bill and a note saying, "for the janitor," on the mirror.

Bird was arrested for discharging a firearm within a prohibited area, carrying a concealed weapon without a permit and possession of a dangerous weapon on school property. His preliminary hearing is scheduled for Monday.