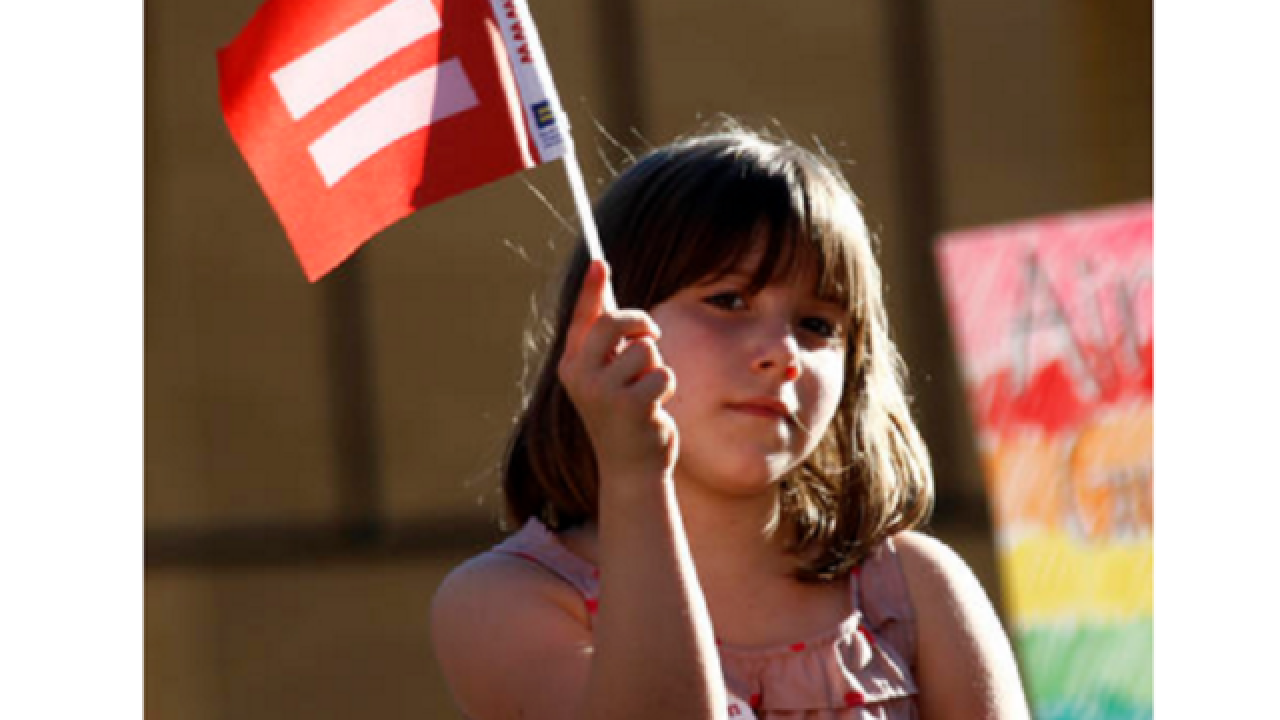 UNITED NATIONS (AP) — Major Western nations are protesting a move to block gay and transgender groups from attending a high-level United Nations conference on AIDS.
A letter from Egypt on behalf of 51 countries in the Organization of Islamic Cooperation asked that 11 organizations not be allowed to attend the conference next month. The letter, dated April 26 and obtained Wednesday by The Associated Press, gives no reason for the objections.
The non-governmental organizations the 57-member OIC requested to be banned were from Egypt, Estonia, Guyana, Jamaica, Kenya, Peru, Thailand, Ukraine, Africa and the United States. All focus on gay, lesbian or transgender rights.
In a letter to General Assembly President Mogens Lykketoft, U.S. Ambassador Samantha Power said the groups that were singled out appeared to have been chosen for their involvement with gay and transgender issues and asked that all groups that have requested participation be allowed to attend.
"Given that transgender people are 49 times more likely to be living with HIV than the general population, their exclusion from the high level meeting will only impede global progress in combatting the HIV/AIDS pandemic and achieving the goal of an AIDS-free generation," the letter, dated May 13, stated.
According to the OIC letter to Lykketoft, the U.S. group now banned from the conference is Global Action for Trans Equality.
The European Union letter, signed by Ambassador Joao Vale de Almeida, expressed concern that the groups had been struck from the initial list of participants at the conference and asked for information about which countries objected and why.
"If you're serious about getting to zero (AIDS cases), then it's vital to include all communities," Britain's deputy U.N. ambassador Peter Wilson said. "It's wrong to block access to the U.N. for transgender organizations and gay organizations that have every right to participate in this important discussion."
Canada's Ambassador and Deputy Permanent Representative Michael Grant said his country also sent a letter expressing concern that members could remove civil society groups from a conference without providing any justification.
"It's quite concerning, especially on an issue like HIV/AIDS," Grant said. Australia's U.N. ambassador also wrote a letter of protest.
When Lykketoft negotiated arrangements late last year for the AIDS conference, to be held at U.N. headquarters on June 8-9, some members insisted on being able to object to an NGO's participation without any public explanation.
Over 400 NGOs wanted to participate in the meeting and Lykketoft's office said there were objections to 39, which the assembly president narrowed down to 22. The 11 others were not LGBT-related.
On Wednesday, Lykketoft responded to the protests in letters saying that he had done everything in his power to ensure the broadest participation but he was limited by his mandate which did not allow him to provide the names of the objectors.
While Secretary-General Ban Ki-moon has long been out front on issues involving lesbians, gays, bisexuals and transgender people, many of the 193 U.N. member states have been less supportive.
Earlier this week, the world body allowed a gay rights group to host a gala at U.N. headquarters for the first time and last August the Security Council held its first meeting spotlighting violence and discrimination against LGBT people.
Associated Press 2016