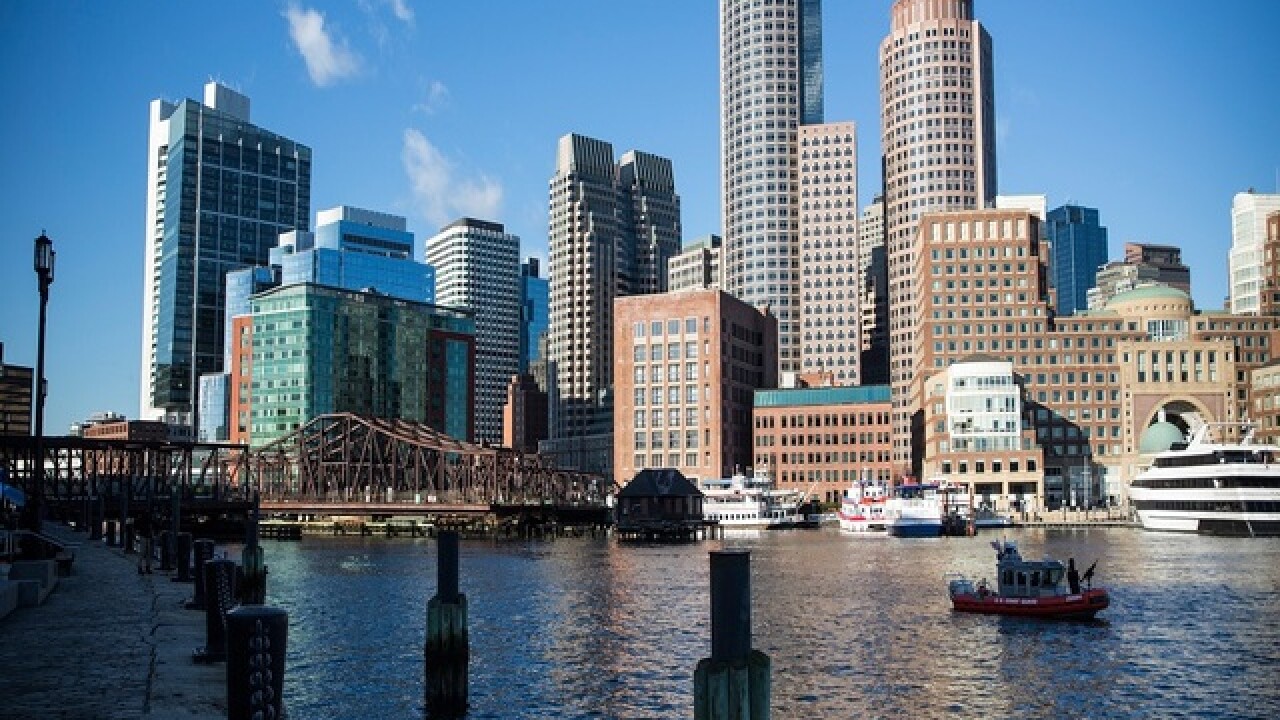 Andrew Burton
<p>BOSTON, MA - JANUARY 05: A U.S. Coast Guard boat patrols the waters near John Joseph Moakley United States Courthouse, where jury selection is beginning today in the case against Dzhokhar A. Tsarnaev, the suspected Boston Marathon bomber on January 5, 2015 in Boston, Massachusetts. Tsarnaev has plead "not guilty" to 30 charges that could result in the death penalty if he is found guilty. (Photo by Andrew Burton/Getty Images)</p>

WATERTOWN, Mass. (AP) — Residents of two densely populated Boston suburbs caught sight of something Wednesday morning that's typically confined to the more rural parts of the state — a moose on the loose.
Police in Watertown and neighboring Belmont posted video on their Facebook pages of the female moose estimated to be 1½ to 2 years old trotting along sidewalks and streets at around 6 a.m.
There are an estimated 1,200 moose in the state, but they live mostly outside the Interstate 495 corridor, said Marion Larson, chief of information and education at the state Division of Fisheries and Wildlife. Moose sightings are unusual in eastern Massachusetts. This one was likely lost and a tad confused, she said.
"This was probably a case of a younger moose trying to find its way and not really knowing where it's going," she said. Young moose seeking new territory tend to move at night and this one probably didn't realize it was so close to civilization until dawn.
The moose created a stir for those lucky enough to see it.
"It was pretty neat," Watertown resident Christine Makarewicz told WBZ-TV.
Belmont Assistant Police Chief James MacIsaac told The Boston Globe he has seen plenty of deer in his 17 years on the force but never a moose.
The moose was last seen in a wooded conservation area in Belmont, where it was being monitored by state environmental police. The hope is that the animal will leave the area on its own, Larson said. If the moose lingers, state officials will try to scare it away, or even immobilize it and move it.
The last resort would be to shoot the moose if it poses "an immediate public safety threat," Larson said.
There were no reports of moose-related damage in either town.
Copyright 2016 The Associated Press. All rights reserved. This material may not be published, broadcast, rewritten or redistributed.