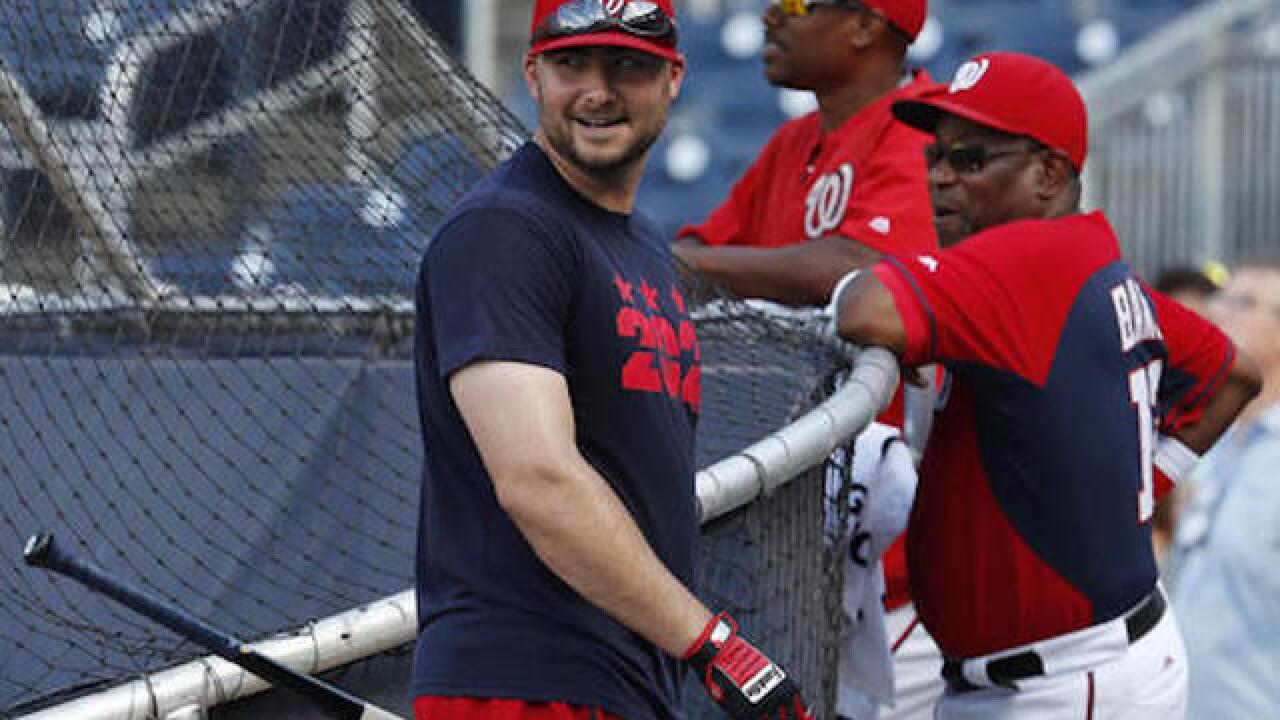 Pharmacist Charlie Sly claimed in an Al-Jazeera America documentary "The Dark Side: Secrets of Sports Doping," which was broadcast Dec. 27, that the two used HGH. Sly, who worked as an intern at an anti-aging clinic, later recanted his claims.

In a brief statement Friday, MLB said its investigation "did not find any violations of the Joint Drug Prevention and Treatment Program by either Howard or Zimmerman."

MLB said the players cooperated with its investigation and Sly did not. Howard and Zimmerman denied the allegations and filed defamation suits against Al-Jazeera in January.

"The accusations from Al-Jazeera came out of nowhere, and I was shocked and outraged by their false claims," Howard said in a statement. "I welcomed the investigation by Major League Baseball as an opportunity to clear my name. I was fully cooperative and transparent in the process, and MLB's findings validate what I have said publicly."

Said Zimmerman: "I understand why Major League Baseball found it necessary to explore this matter, and I appreciate that MLB, after a thorough investigation, was able to publicly affirm my innocence. Throughout my life and career, I have been true to myself, my family, the Nationals organization and my community. It is not right that a so-called news organization and its personnel can publicly make false accusations that damage my reputation and call into question my integrity without any consequences whatsoever."

Both players reiterated they would press forward with their defamation claims.

Former major league catcher Taylor Teagarden, another player implicated in the Al-Jazeera report, was suspended for 80 games in April.