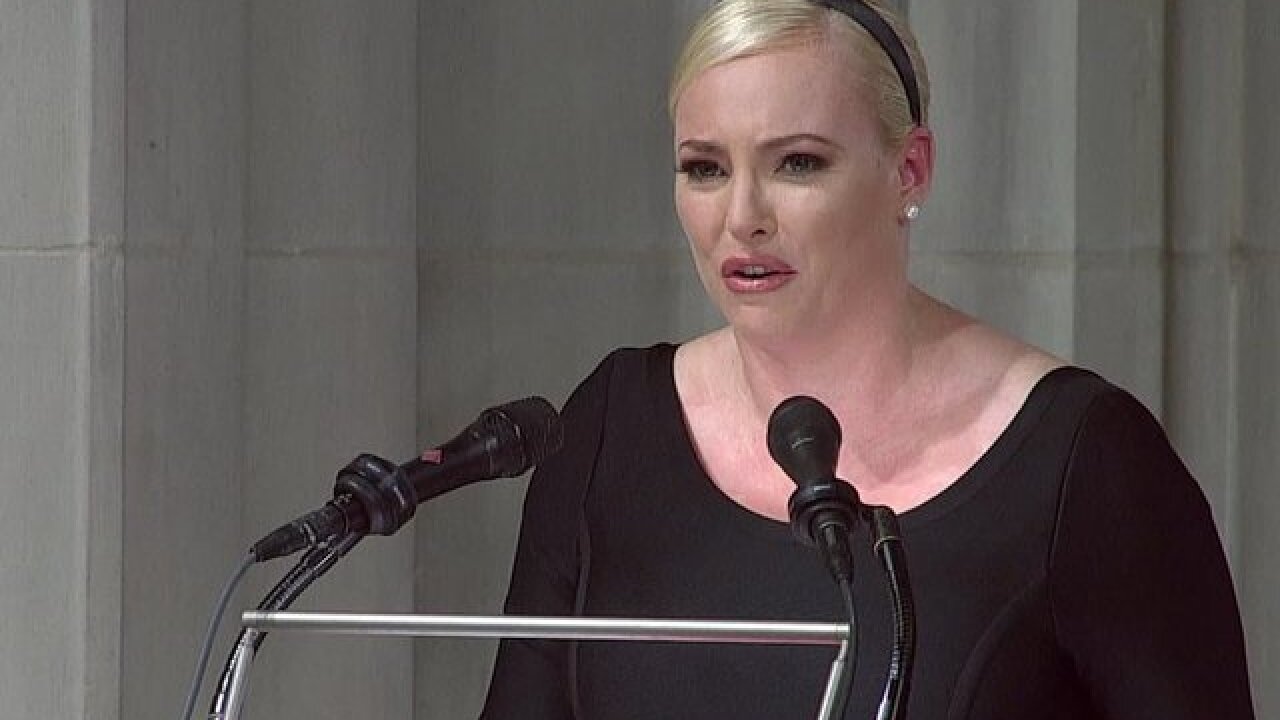 Image copyright 2018 Getty Images. All rights reserved. This material may not be published, broadcast, rewritten, or redistributed.
POOL
<p>Meghan McCain on Saturday presented the legacy of her father, John McCain, as a sharp contrast to the conduct of President Donald Trump, with whom the late senator bitterly feuded.</p>

Meghan McCain on Saturday presented the legacy of her father, John McCain, as a sharp contrast to the conduct of President Donald Trump, with whom the late senator bitterly feuded.

Although McCain didn't mention the President by name -- and he was not present at the service, in accordance with the late senator's wishes -- she made several unmistakable and pointed references throughout her emotional remarks.

"We gather to mourn the passing of American greatness, the real thing, not cheap rhetoric from men who will never come near the sacrifice, those that live lives of comfort and privilege while he suffered and served," McCain told the crowd of mourners at Washington National Cathedral, which included family, friends, former presidents, military officials and foreign leaders.

"The America of John McCain has no need to be made great again, because America was always great," she said, a veiled reference to Trump's 2016 campaign slogan. The line was received with loud and sustained applause in the cathedral.

She later added, "We live in an era where we knock down old American heroes for all their imperfections when no leader wants to admit to fault or failure. You were an exception and gave us an ideal to strive for."

Often fighting through tears, McCain called her father a "great warrior" but said she admired him most as a "great father."

McCain drew a comparison between her father's literary hero -- Robert Jordan, the protagonist in Ernest Hemingway's novel "For Whom the Bell Tolls" -- and the late senator.

She added, "As a girl, I didn't appreciate what I most fully appreciate now -- how he suffered and how he bore it with a stoic silence that was once the mark of an American man."