McConnell called Trump, told him tweets about Kavanaugh accuser were 'not helpful' 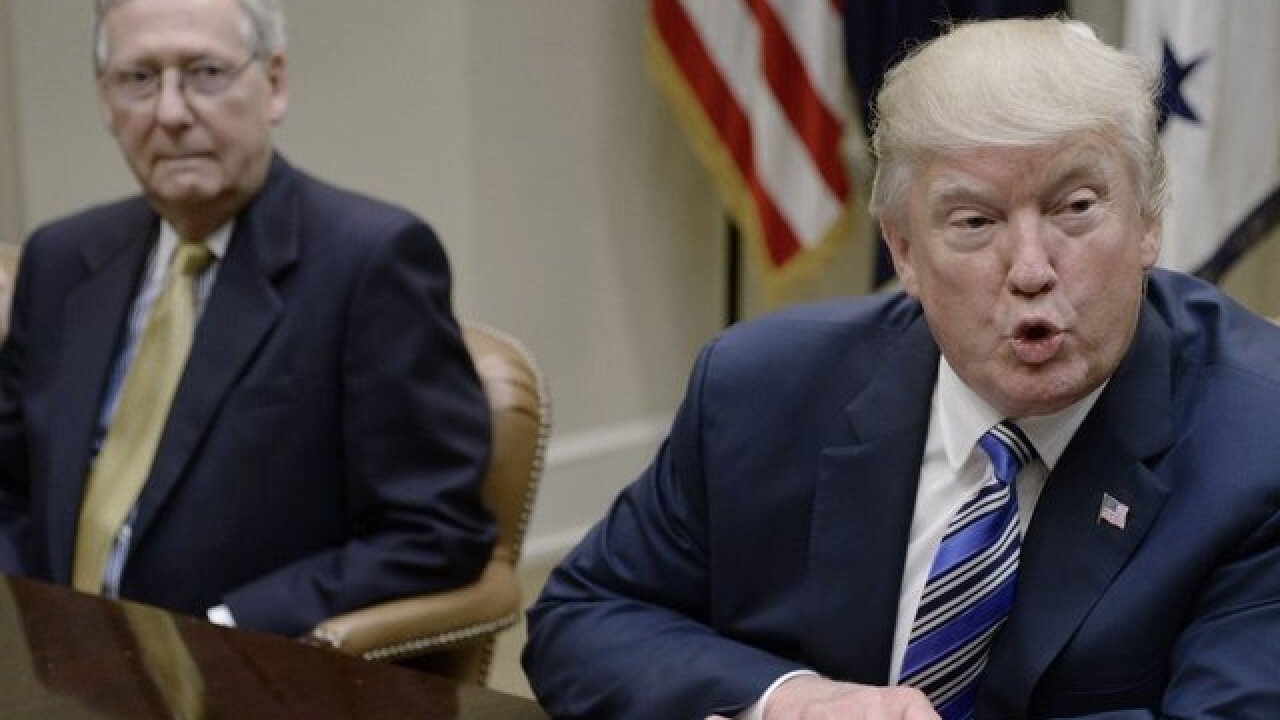 In a series of tweets sent out Friday morning, Trump threw into question the validity of professor Christine Blasey Ford's accusations of assault in the most direct way since the allegations against Kavanaugh came to light and said his Supreme Court nominee is "under assault by radical left wing politicians."

"I have no doubt that, if the attack on Dr. Ford was as bad as she says, charges would have been immediately filed with local Law Enforcement Authorities by either her or her loving parents. I ask that she bring those filings forward so that we can learn date, time, and place," Trump tweeted .

An aide to McConnell says the Kentucky senator and President "speak all the time" but he "doesn't have any read-outs" of their conversations.

"This is a completely and totally false allegation," he said after Ford came forward last week. "I have never done anything like what the accuser describes — to her or to anyone."

The Washington Post first reported McConnell's call as part of a story about the efforts to save Kavanaugh's confirmation.

Friday evening at a rally in Missouri, the President also said Republicans have to fight for Kavanaugh, and that women will back that approach.

"We have to fight for him, not worried about the other side," he said. "And by the way, women are for that more than anyone would understand."

Trump has not tweeted criticism of Ford since Friday.