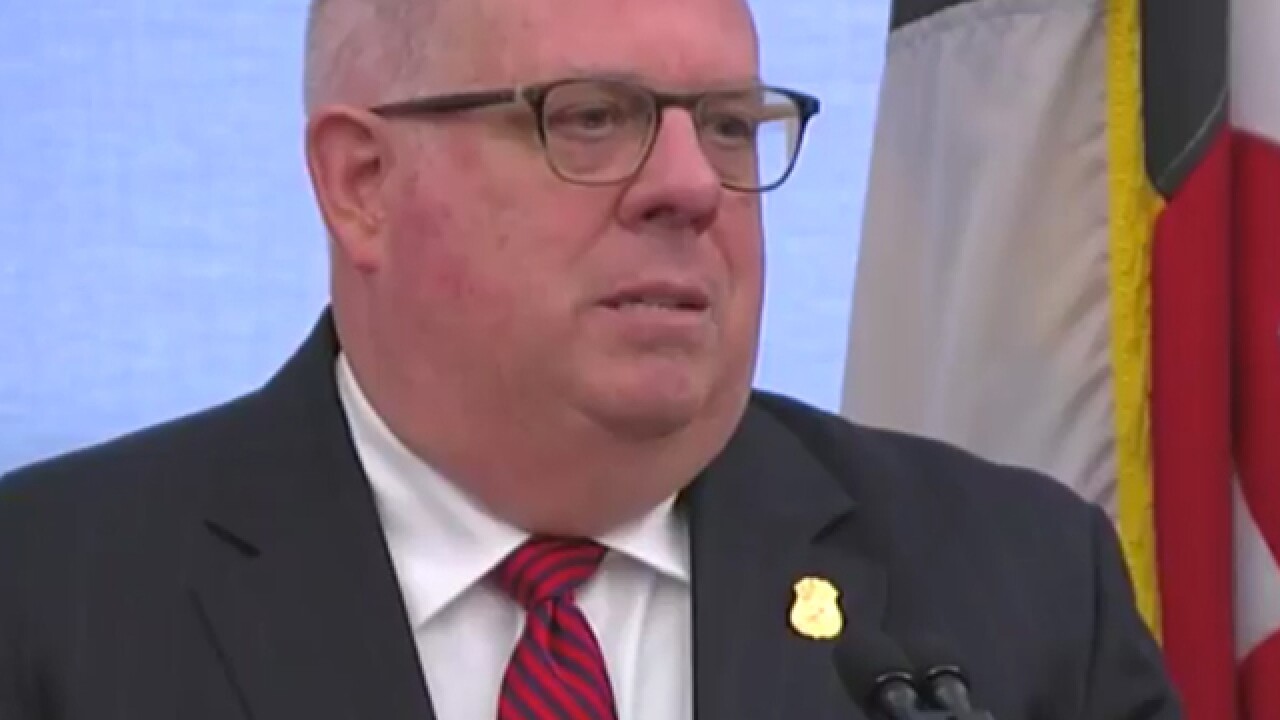 Copyright 2017 Scripps Media, Inc. All rights reserved. This material may not be published, broadcast, rewritten, or redistributed.
<p>Governor Larry Hogan</p>

As outrage grows over the federal government's current policy of separating undocumented immigrant children from their parents, Maryland Governor Larry Hogan weighed in on the debate on Twitter Tuesday morning.

"Washington has failed again & again to deliver needed immigration reform - Congress and the administration must step up and work together to fix our broken system. Immigration enforcement efforts should focus on criminals, not separating innocent children from their families," Hogan said in the first tweet.

In a reply to his first statement, Hogan said Maryland will not participate in the call for National Guard troops at the U.S. Border until the controversial policy with undocumented children is amended.

"Until this policy of separating children from their families has been rescinded, Maryland will not deploy any National Guard resources to the border. Earlier this morning, I ordered our 4 crewmembers & helicopter to immediately return from where they were stationed in New Mexico."