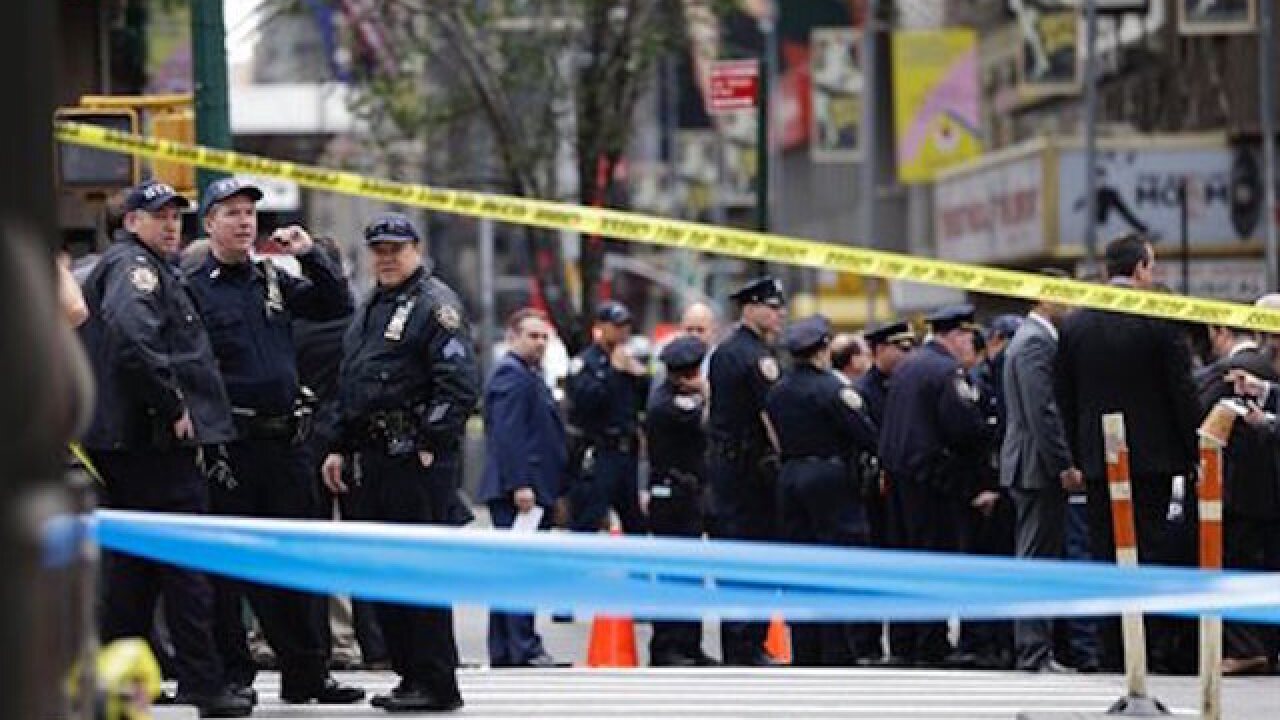 Copyright Associated Press
Seth Wenig
<p>Police work at the scene following a fatal shooting in New York on Wednesday, May 18, 2016. The incident occurred near a few of Broadway's big theaters. (AP Photo/Seth Wenig)</p>

NEW YORK (AP) — A man became belligerent as he tried to buy beer at a grocery store Wednesday morning, pulled out an 8-inch knife that he refused to drop and was shot to death by police on a busy tourist-filled Manhattan street, police officials said.

A bystander, a woman, suffered a graze wound in her arm. An officer also was injured, and both were taken to a hospital.

New York City Police Department Chief James O'Neill said the 46-year-old man became "aggressive and belligerent" inside a Food Emporium at about 8:20 a.m., swearing at people in the store while he tried to buy beer and fighting with the cashier. An officer on foot patrol responded, brought the man outside and they fought on the street, tumbling to the ground just a few hundred feet from Broadway theaters showing "Wicked" and "The Book of Mormon."

The man got up and pulled out the knife as other officers arrived, O'Neill said.

"The officers ordered the suspect to drop the knife, and he continued to approach them with a knife in his hand," O'Neill said.

A sergeant and the officer who initially responded fired a total of nine shots, police said.

The man's name wasn't immediately released, and it wasn't clear whether he had a history of mental illness or a criminal record.

O'Neill said the investigation was continuing. Police were looking at surveillance video and were interviewing witnesses.

Sharona Shriver, who lives in an apartment building nearby, said she was doing her makeup when she heard the shots and ran to the window. She saw the dead man surrounded by police.

Her roommate, Tamar Mendelsohn, said she heard about six shots, and when she looked out the window she saw the officer crying. She didn't see a knife.

A Hilton Garden Inn stands at the corner of Eighth and 49th streets where the shooting occurred. The area was blocked off. Some guests whose windows overlook the shooting scene were taking cellphone photos of the body under the cloth.