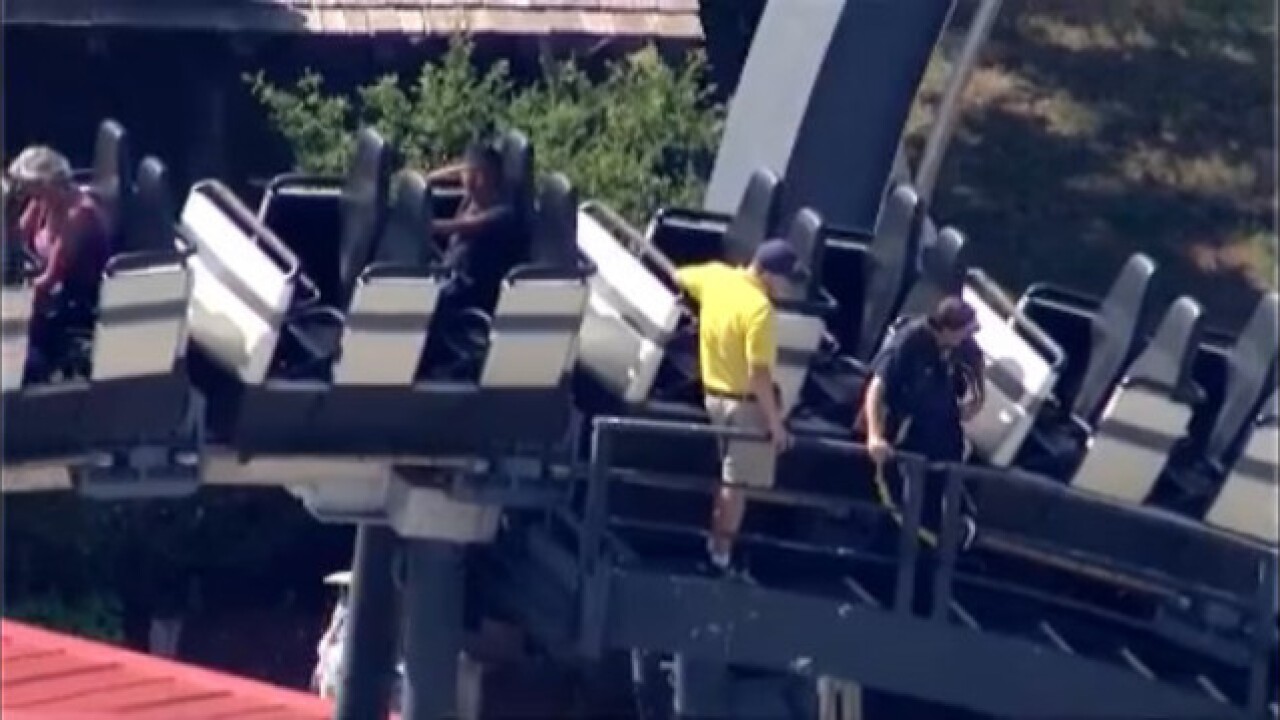 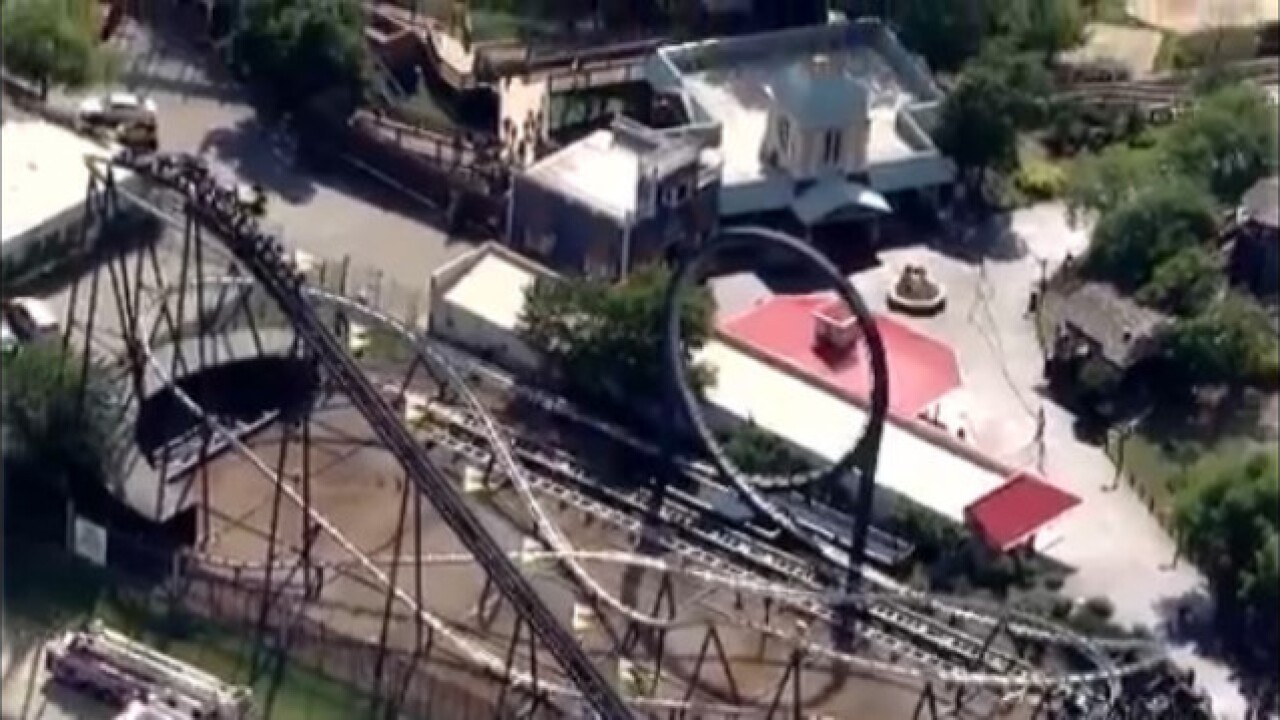 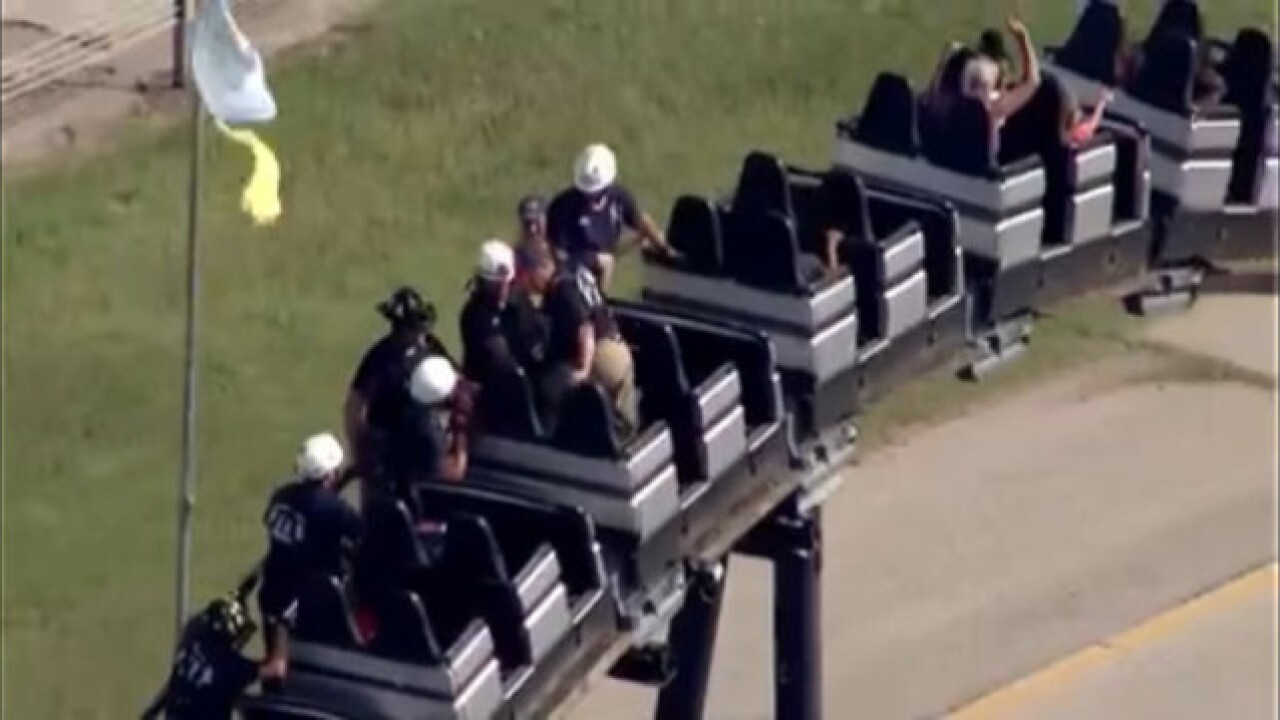 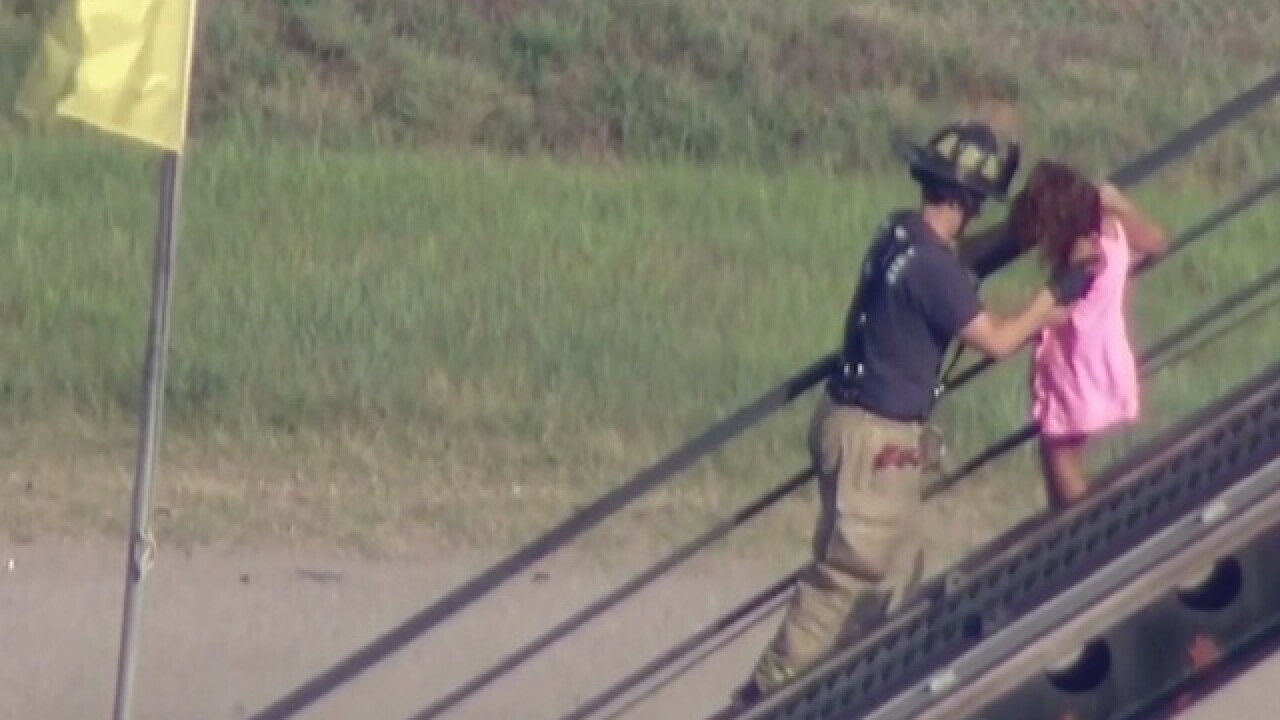 Rescue is complete at Frontier City with no injuries. 8 people were rescued from the Silver Bullet Rcoaster and will be evaluated by EMSA. KFOR reports that around eight people were stuck on the ride, all between the ages of seven and 15 plus an adult. The group was reported stuck on the Silver Bullet coaster around 4:30 p.m.

8 people trapped on rollercoaster about a 100 feet off the ground at Frontier City. Crews are assessing how to safely remove them.

Crews estimated the group was around 100 feet above the ground when firefighters climbed up to rescue them one by one. Those stuck on the ride were given water to stay hydrated during the rescue as the temperatures in OKC hit the 90s.

OKC ff escorting little girl down from The Silver Bullet coaster. The ride at Frontier City got stuck at the top. pic.twitter.com/SazGsXa8pM

Frontier City sent out the following statement regarding the rescue to KFOR:

"At approximately 4:20 PM, the train on the Silver Bullet roller coaster at Frontier City stalled on the lift. Due to the position of the stalled train, the back half of the cars were able to be evacuated by park personnel. The fire department had to be called to evacuate the guests in the front cars. Guest safety is Frontier City’s top priority. As soon as each guest has been evacuated from the Silver Bullet, a thorough investigation into the reason the ride stalled will take place.”

KFOR reports that they currently are no injuries.