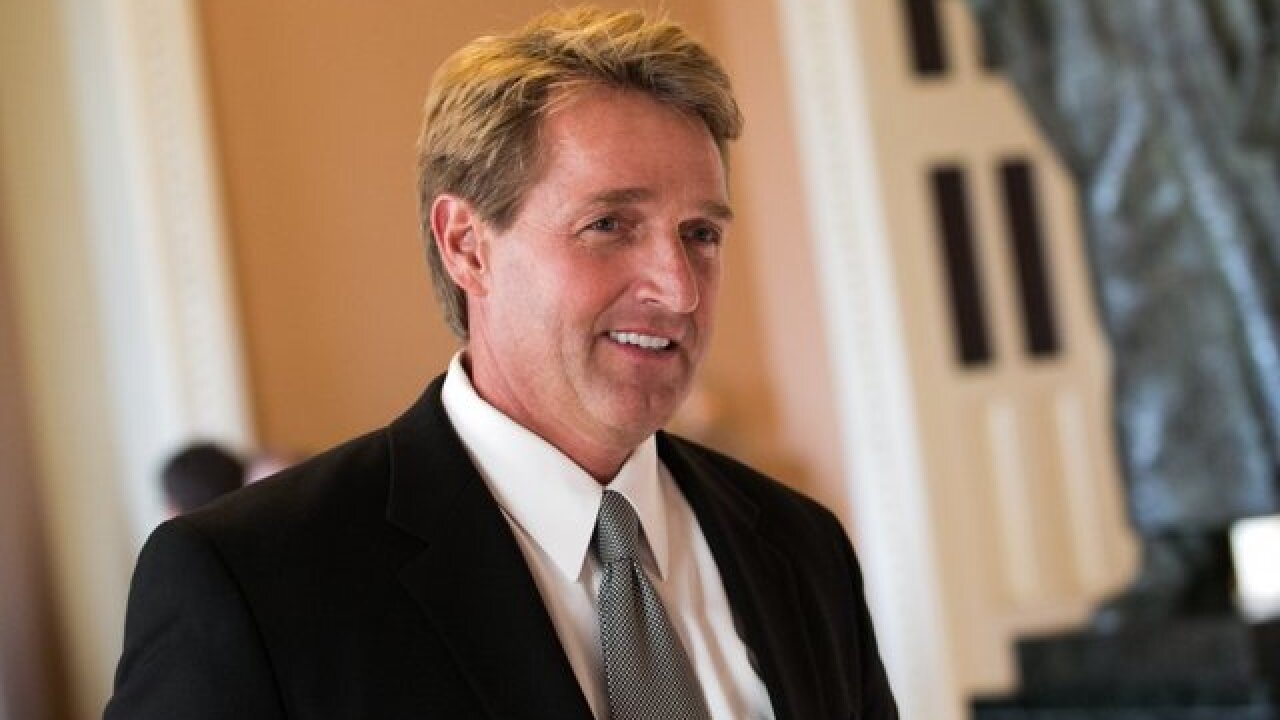 Republican Sens. Susan Collins of Maine, Lisa Murkowski of Alaska and Sen. Jeff Flake of Arizona and Democratic Sen. Joe Manchin of West Virginia were spotted going into an office on the Capitol.

The three Republicans, who together are largely considered the deciding votes behind Kavanaugh nomination, are planning to attend the GOP conference meeting Thursday evening, according to an aide.

Republicans can advance Kavanaugh's without any support from Democrats, but given their 51-49 seat majority in the chamber, Kavanaugh's supporters can only lose one vote and still advance his nomination.

Flake is a particularly unique position as he is the only member of this group who also sits on the Senate Judiciary Committee, which is currently still scheduled to vote on whether to sign off on Kavanaugh's nomination Friday morning. GOP leaders had pushed for a full Senate vote on Tuesday, October 2.

The meeting of four key senators occurred less than hour after Kavanaugh finished his testimony before the Judiciary Committee, where he forcefully and passionately maintained his innocence and defiantly challenged Democratic senators who grilled him on multiple allegations of inappropriate behavior. On Thursday morning, that same committee heard from Ford who she said was "100%" certain Kavanaugh sexually assaulted her when they were teenagers in the 1980s. In Kavanaugh's testimony, he also said he was "100%" sure he did not sexual assault anyone.