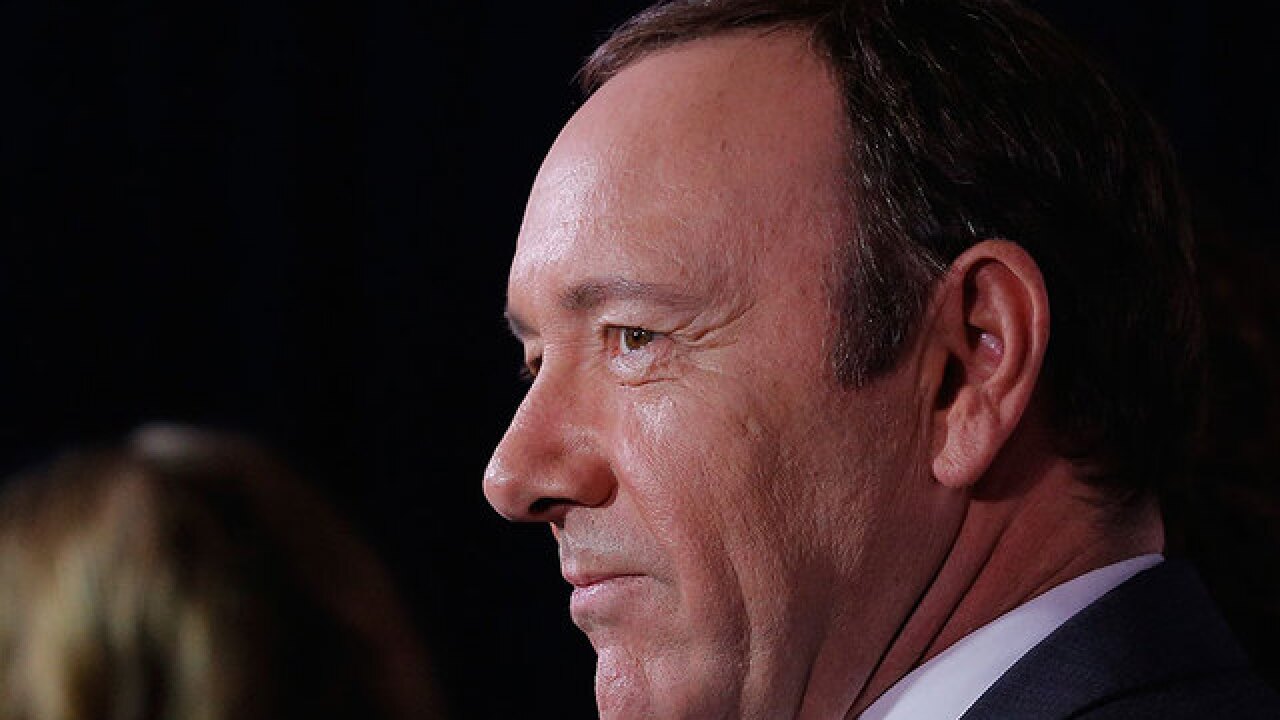 Actor Kevin Spacey is seeking unspecified treatment following an accusation of sexual assault by an actor who says he was a minor at the time of the incident.

"Kevin Spacey is taking the time necessary to seek evaluation and treatment," Spacey's publicist, Staci Wolfe, said in a statement Wednesday night. No other information is available at this time."

Actor Anthony Rapp told BuzzFeed on Sunday that Spacey made a sexual advance toward him at a party in 1986. Rapp said he was 14 at the time.

Spacey apologized this week, saying he did not recall the incident.

"But if I did behave then as he describes, I owe him the sincerest apology for what would have been deeply inappropriate drunken behavior, and I am sorry for the feelings he describes having carried with him all these years," Spacey said.

Production on the sixth and final season of "House of Cards" has been suspended as accusations against its main star are investigated, Netflix announced.

Season 6 will be the show's last, but the decision to end the series was made months before the allegation against Spacey, according to multiple sources close to production.

The allegation against Spacey comes as the entertainment industry is reeling from a series of sexual misconduct accusations against some of the biggest players in the business.

Dozens have shared their accounts of sexual assault or harassment by some of the industry's biggest names since The New York Times and The New Yorker ran stories on allegations against movie executive Harvey Weinstein.