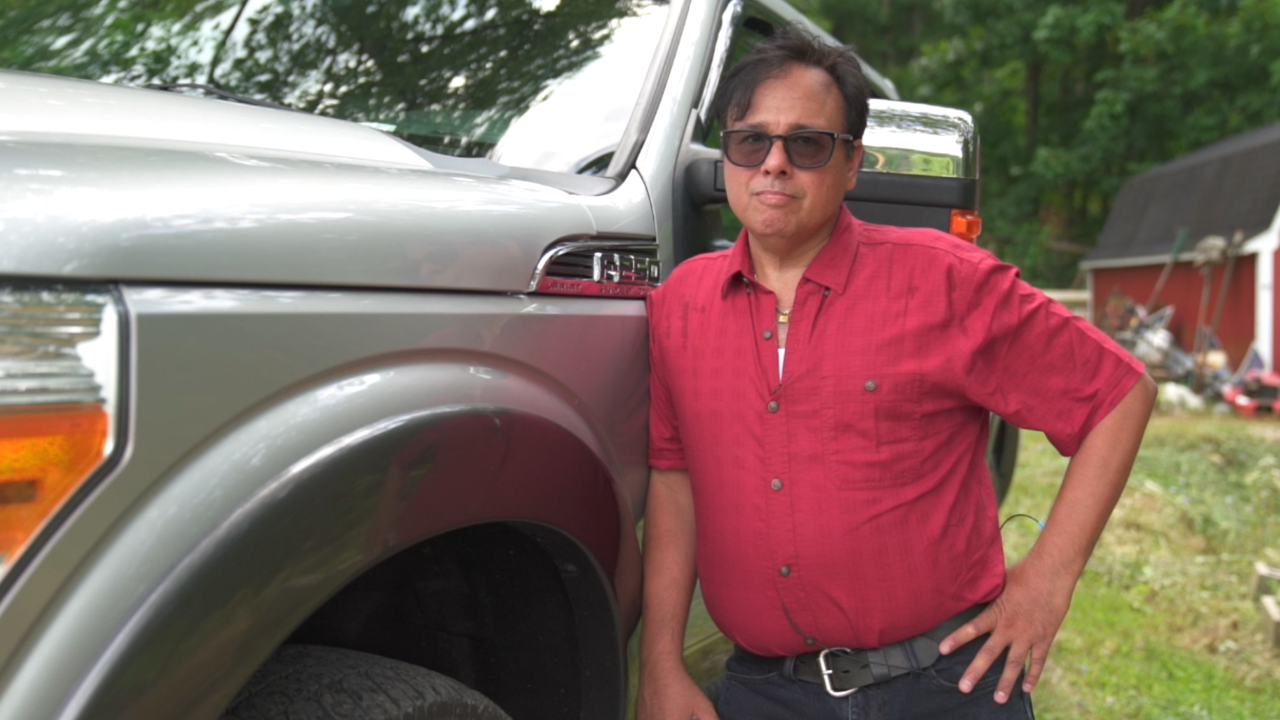 Gerardo Serrano lives in rural Kentucky for peace and quiet. However, a story involving his truck and a trip across the U.S.- Mexico border suddenly made his life a bit more complicated.

"I love my country, but if we have policies like this, forget it. I can't live in a place like this," Serrano says.

It all started when Serrano decided to visit his cousin in Mexico. He got in his truck and drove down to Texas. As he reached the border, he took out his phone to snap a couple photos.

"A border patrol agent walks by, and so I got his picture," Serrano recalls.

What happened next completely took him by surprise.

"He opens the door, unlocks my seat belt, and yanks me out of the truck, like some kind of rag doll," he says. "I said, 'Hey listen, I'm an American. You can't do that. I have rights.’"

The border agent asked for his phone, but when he refused to give up his passcode, he was suddenly surrounded by five patrol agents searching his truck.

"There's a guy that yells out, ‘We got him,’ and he puts his hand out and there was my magazine with five bullets in it."

Serrano didn't realize five bullets had been left in the center console. He didn't think it'd be a problem since he had a license to conceal and carry, but then they sent him to a jail cell on the property.

"Four hours go by, and then all of the sudden they say, ‘You can go.’"

All Serrano had to do was sign a paper.

"So, I put my shoes on, I look at the paper, and about the second sentence or so, it says, 'I'm gonna confiscate your truck.'"

The paper said Gerardo was trying to smuggle "munitions of war" across the border.

Since he knew he was innocent, Serrano expected to get his truck back very soon. When that didn’t happen, he contacted the Institute for Justice for help.

"The Institute for Justice, or IJ, is a nonprofit law firm that represents individuals whose most basic rights are violated by the government," Dr. Dick Carpenter, director of strategic research, says.

What Serrano experienced is a legal and commonly used law enforcement tactic known as civil forfeiture.

Civil forfeiture is used by the government to seize property that may have been involved in a crime, even if the owner was not. That property could be anything from cash, to a boat, a house, or in Serrano's case, his truck.

Civil forfeiture has been on the books since the country was founded in the 1700s. Originally it was used to fight piracy, but the federal government expanded the policy during the War on Drugs in the 1980s. Now there's concern it gives law enforcement reason not only to violate the rights of citizens but to police for profit, as well.

Stefan Cassella is a former prosecutor. He's used civil forfeiture to help win convictions in court, but he agrees there is some reasoning behind the concern.

"Are police out there seizing cash from the back of a car, because they think they will ultimately be able to use that to supplement their budget? That's a perfectly legitimate concern," he says. "The response to that is congress enacted that procedure because they wanted to encourage state and federal cooperation. There's just not enough federal agents to go around to police every county in the United States."

Casella spent 30 years with the Department of Justice. He believes civil forfeiture is necessary in most cases because even if the owner of the property hasn't committed a crime, that property could help lead law enforcement to someone who has.

"I did a case involving a woman who defrauded terminally ill cancer patients by charging them huge sums of money for worthless medical procedures and then fleeing to Mexico where she was a fugitive, leaving behind her property in Oklahoma. If you didn't have civil forfeiture, you could not recover that property and try to get it back to the victims."

So what about cases like Serrano's? He wasn't charged or arrested in his run-in with border patrol, but it took nearly two years for him to get his truck back. That's because U.S. Border Patrol is exempt from the 90-day limit for law enforcement to push the civil forfeiture paperwork forward. Serrano says it's not clear why that is.

After multiple calls and emails to U.S. Border Patrol, we have yet to hear back.

Serrano says getting his truck wasn't as special of a moment as he had anticipated, because what's most important to him is that what happened in his case doesn't continue.

"You're violating people's rights," he says. "This kind of policy doesn't belong here."

Serrano is part of a class-action lawsuit. The case is pending in the appellate court and is scheduled to be heard in the fall.

"I don't want this in my country. I know, I know that it's unconstitutional."