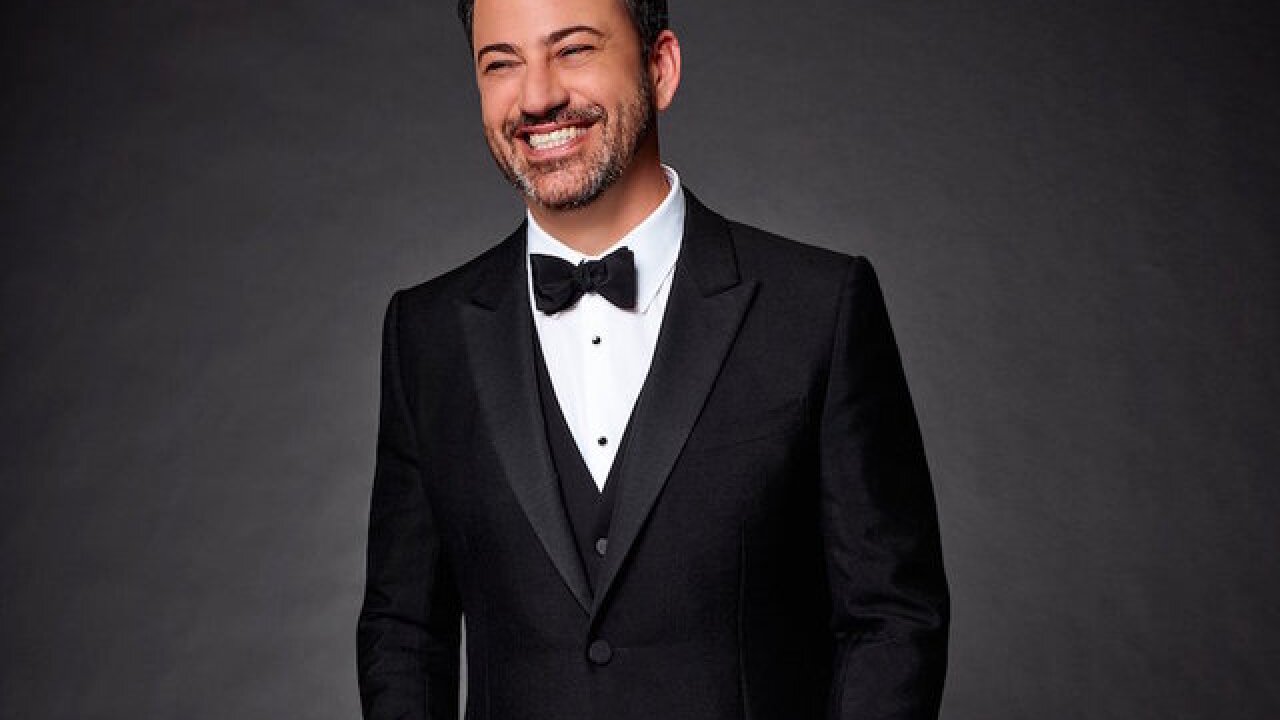 Jimmy Kimmel tweeted an update and adorable photo of his baby son on Friday, more than two months after opening up about his newborn's health on his late-night talk show. In doing so he also re-entered the health care debate.

"Billy is 3 months old & doing great. Thx for the love & support," said Kimmel. "Please remind your Congresspeople that every kid deserves the care he got."

Almost a week after his son's birth on April 21, Kimmel teared up during his monologue and revealed his newborn's congenital heart condition.

"He appeared to be a normal, happy baby, until about three hours after his birth," said Kimmel.

"A very attentive nurse at Cedars-Sinai Hospital" noticed a heart murmur, "which is common with newborn babies," Kimmel continued. "But she also noticed he was a bit purple, which is not common."

Doctors found that the newborn had a rare heart defect, known as tetralogy of fallot. In Billy's particular case, the pulmonary valve was blocked and there was a hole in the wall between the left and right sides of his heart, Kimmel said.

"The operation was a success," said Kimmel. "It was the longest three hours of my life."

He said that Billy will likely have to undergo more surgeries related to his heart condition throughout his life.

Kimmel then transitioned his monologue to talk about health care, noting proposed cuts to the National Institutes of Health and negotiations happening among members of Congress.

Kimmel said that, before Obamacare, he might not have been able to get health insurance for his son because Billy's heart defect would be considered a pre-existing condition.

"If your baby is going to die and it doesn't have to, it shouldn't matter how much money you make," he said. "I think that's something that whether you're a Republican or a Democrat or something else, we all agree on that, right?"

Other conservative lawmakers did not agree with Kimmel's stance. Former Illinois Rep. Joe Walsh tweeted his disapproval: "Sorry Jimmy Kimmel: your sad story doesn't obligate me or anybody else to pay for somebody else's health care." Several conservative columnists also voiced their objection to Kimmel's remarks.

Now, over two months after Kimmel's monologue, the debate over health care continues in Washington.

Billy is doing well and his parents are still concerned about the future of health care. Molly McNearney, Kimmel's wife, also tweeted a hopeful update about her son last week.

"Billy's looking out for a lot of his buddies at Children's Hospital," McNearney said in her post. "Remind your Congresspeople to protect them."