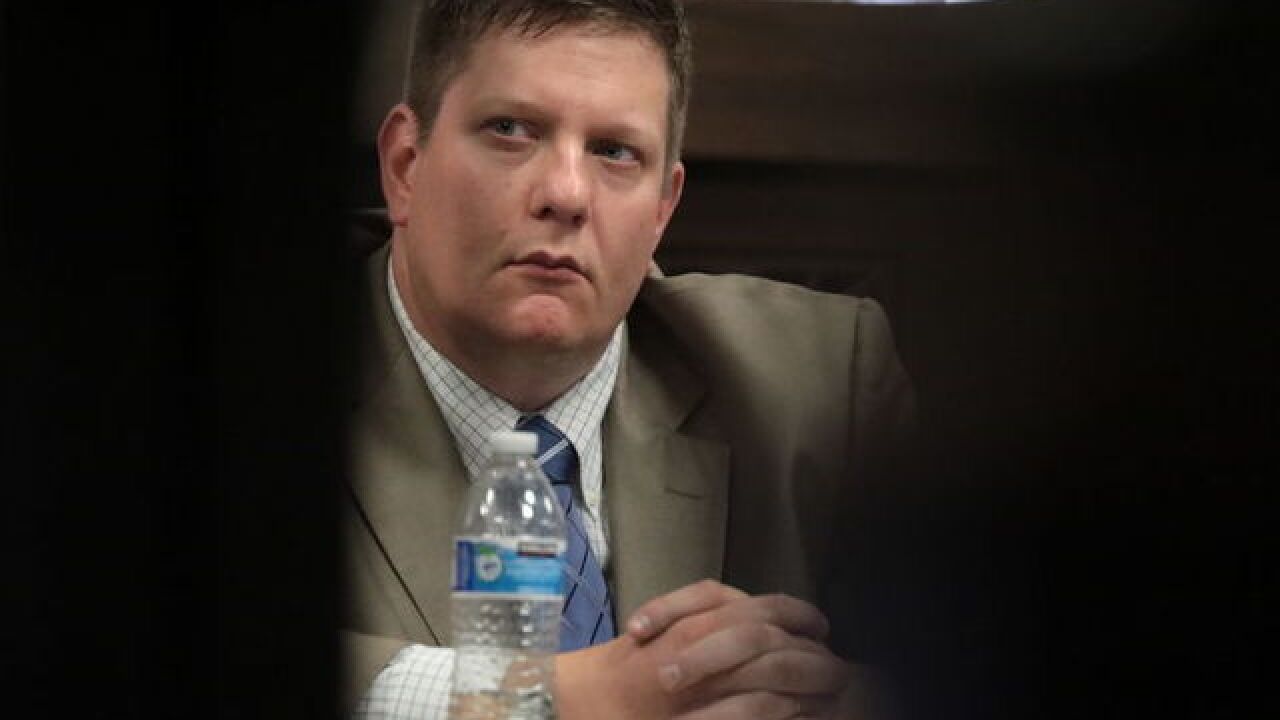 Image copyright 2018 Getty Images. All rights reserved. This material may not be published, broadcast, rewritten, or redistributed.
Antonio Perez
<p>Chicago police Officer Jason Van Dyke listens during his trial for the shooting death of Laquan McDonald at the Leighton Criminal Court Building on Tuesday, Sept. 25, 2018. </p>

The defense rested Wednesday in the murder trial of Chicago police Officer Jason Van Dyke, who is charged with fatally shooting 17-year-old Laquan McDonald in 2014.

Van Dyke faces two counts of first-degree murder, 16 counts of aggravated battery and one count of official misconduct for the shooting and killing of the black teenager. The white officer faces up to life in prison if convicted.

Video of the shooting sparked protests, a Justice Department civil rights investigation, criticism of the city's mayor and eventually the ouster of the police superintendent.

Van Dyke is the first Chicago police officer to be charged with first-degree murder since 1980.

Van Dyke took the stand Tuesday, telling the jury that McDonald's face was expressionless -- "his eyes were just bugging out of his head" -- as the teenager kept "advancing" on him, holding a knife.

Standing about 10 to 15 feet away, McDonald "turned his torso towards me," the officer testified.

"He waved the knife from his lower right side, upwards, across his body, towards my left shoulder," the officer said, appearing to get choked up as he demonstrated the action to jurors.

The officer told jurors he then shot McDonald.

Still, McDonald refused his repeated commands to drop the knife, even as he lay wounded, Van Dyke said. McDonald appeared to be trying to get up after the officer stopped shooting, so Van Dyke reloaded -- as he was trained to do -- and fired at the knife, he said.

"I could see him starting to push up with his left hand off the ground. I see his left shoulder start to come up. I still see him holding that knife with his right hand, not letting go of it," Van Dyke said. "His eyes are still bugged out. His face has got no expression on it."

He told jurors: "I just kept on looking at the knife, and I shot at it. I just wanted him to get rid of that knife."

But a prosecutor pointed out inconsistencies in Van Dyke's depiction of the fatal encounter.

The shooting was captured on a grainy police dashcam video. Van Dyke said he fired in self-defense after McDonald lunged at him with the knife. But the dashcam video -- which a judge ordered the city to release 13 months after the shooting -- showed McDonald walking away from police, rather than charging at them.

During cross-examination, Jody Gleason, one of the prosecutors, tried to challenge Van Dyke's assertion that McDonald raised the knife.

"You've sat here for several days and watched several videos. ... Have you ever seen Laquan McDonald do that on one of those videos?" Gleason asked.

The dashcam video shows McDonald walking toward a fence on his right as Van Dyke's squad car pulls up, facing the teenager, to the youth's left.