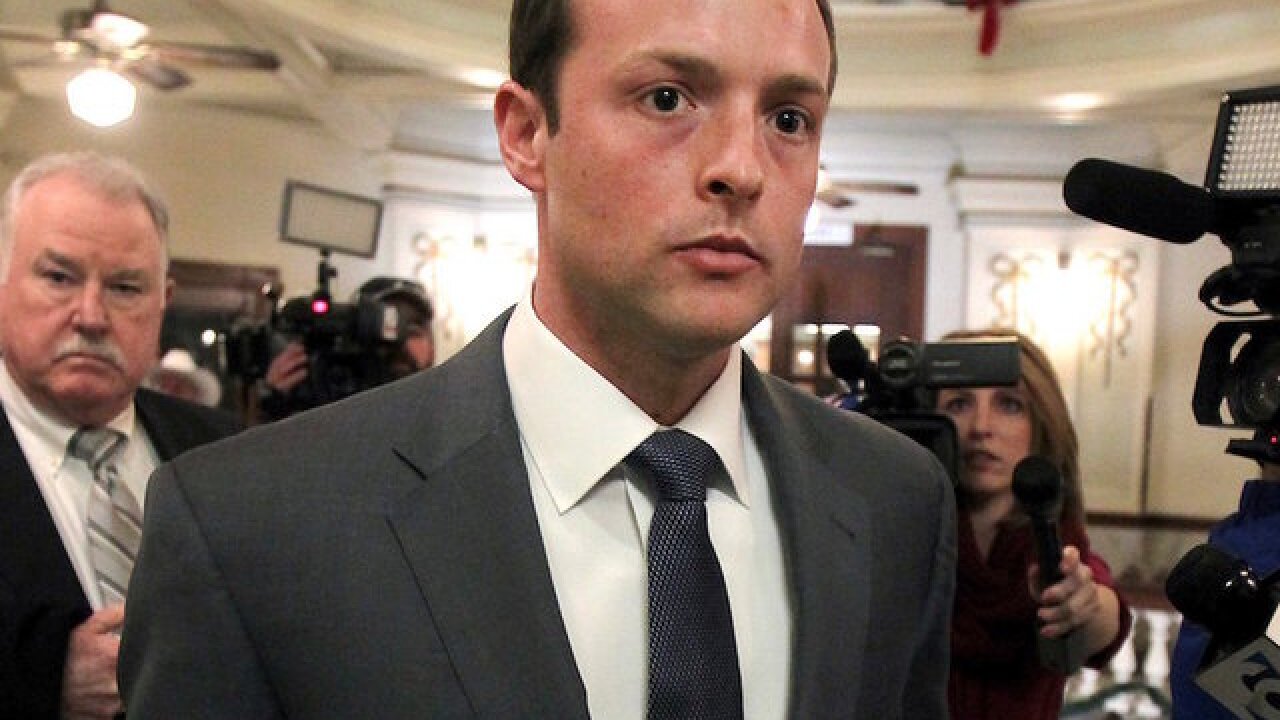 Even though Jacob Walter Anderson was indicted on four counts of sexual assault, the ex-fraternity president won't spend a single day in prison.

Instead, a plea agreement allowed the former Baylor University student to plead no contest to a lesser charge of unlawful restraint.

If the 24-year-old successfully completes three years of deferred probation and pays a $400 fine, his criminal record will be wiped clean of the charge, and he won't have to register as a sex offender, CNN affiliate KWKT said.

The plea agreement between Anderson's defense team and the McLennan County, Texas, district attorney's office infuriated the victim and her attorney.

"The evidence is incredible," Vic Feazell, the woman's attorney, told KWKT . "He nearly choked her to death. He raped her violently. He left her passed out in her own vomit -- the rape exam confirmed rape."

She lambasted the court for accepting the plea agreement.

"I am devastated by your decision to let my rapist Jacob Walter Anderson go free without any punishment," the woman said.

"He is now free to roam society, stalk women and no one will know he is a sex offender. Jacob Anderson and all rapists who get away with their crimes will never be cured, never change. If anything they will be emboldened by their power over women and their ability to escape justice and punishment."

Details of the alleged sexual assault were redacted from an arrest warrant affidavit. But shortly after Anderson was charged with sexual assault in 2016, a Waco police spokesman spelled out details from the police reports.

"The female said that she had been at a party at a fraternity in South Waco. She said she was handed a drink of some kind of punch and was told, 'Here you go. Drink this,' " Sgt. W. Patrick Swanton said, according to a March 2016 story in the Waco Tribune-Herald .

"She said shortly after that she became very disoriented, was taken outside by our suspect, who is Jacob Walter Anderson, and she said when they got outside, Anderson forcibly sexually assaulted her."

In her victim impact statement, the woman said Anderson "repeatedly raped me orally and (vaginally)."

"When he forcefully picked me up and shoved me into a wall to rape me vaginally from behind he calmly and coldly said, 'It's fine. You're fine.' When I tried to pull up my pants or sit he shoved me to the ground and shoved his penis back down my throat and continued to choke me," the woman said.

"When he forced me up again and started to rape me vaginally again I blacked out permanently. When I was completely unconscious he dumped me face down in the dirt and left me there to die. He had taken what he wanted, had proven his power over my body. He then walked home and went to bed without a second thought to the ravaged, half dead woman he had left behind."

As he walked out of the courtroom Monday, Anderson declined to comment to the media.

CNN reached out to Anderson's defense team and the victim's attorney Tuesday, but has not received responses.

The McLennan County District Attorney's Office said the person handling all media inquiries, Rebecca Akins, is out sick Tuesday. The DA's office said no one else could help with media inquires.

"As I did when this plea agreement was offered, I believe today's sentencing by Judge (Ralph) Strother was the best outcome given the facts of this case," LaBorde said, according to KWKT .

"Conflicting evidence and statements exist in this case, making the original allegation difficult to prove beyond a reasonable doubt. As a prosecutor, my goal is no more victims. I believe that is best accomplished when there is a consequence rather than an acquittal."

"Given the claims made publicly, I understand why people are upset. However, all of the facts must be considered and there are many facts that the public does not have. In approving this agreement, Judge Strother had access to all the statements that have ever been made by all people involved and agreed that the plea agreement offered was appropriate in this case."