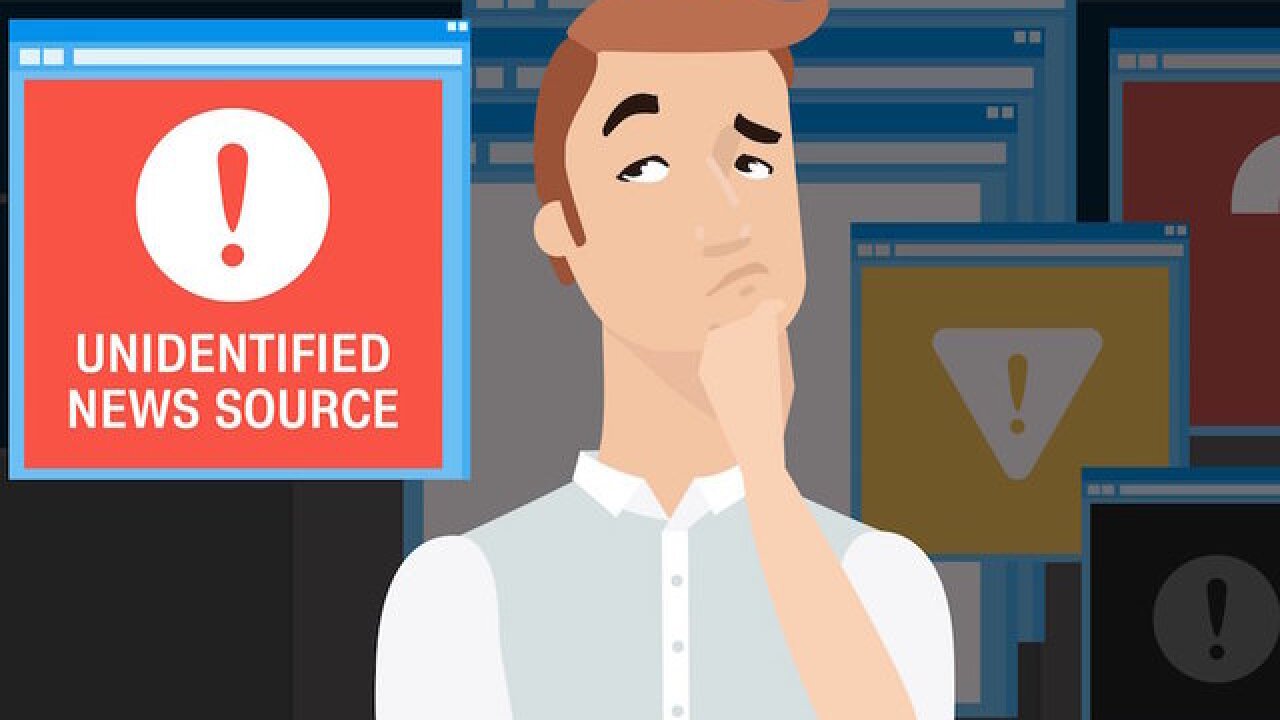 © 2017 Cable News Network, Inc.
Shutterstock
<p>Adults, like kids, have trouble identifying news that is made up.</p>

(CNN) -- If you wondered whether we need to do more to help our kids recognize "fake news," a new report makes it clear the answer is a resounding yes.

Although 44% of tweens and teens in a recent survey said they can tell the difference between fake news stories and real ones, more than 30% who said they shared a news story online during the past six months admitted that they didn't get it exactly right.

They said they later found out that a story they shared was wrong or inaccurate, according to the survey by Common Sense Media, a nonprofit organization focused on helping parents, kids and educators negotiate media and technology.

The survey of 853 children ages 10 to 18 in the United States also asked kids how much they trust the information they received from each of their news sources.

The problem here is that adults, just like children, are having some troubles differentiating between news stories that are real and those that are fake. Some are also sharing news they know is false.

Beyond fake news, the Common Sense Media study "News and America's Kids" had some interesting findings about how kids feel about the news and about where they get their news.

Kids feel misrepresented by the news

Nearly 70% of the tweens and teens who took part in the survey said they feel that the media have no idea about the experiences of people their age.

Part of the problem, they said, is that the media don't showcase people their age nearly enough. Seventy-four percent said that instead of having grownups talk about them, the media should include more people their own age in stories. (I learned this firsthand when I did a story on the acronyms teens and tweens use on social media and failed to interview any tweens and teens for the story.)

Kids see plenty of racial and gender bias in the news

Half of kids said that when they see children who aren't white on the news, the stories are negative and/or related to crime and violence. Not surprisingly, African-American, Hispanic and Latino kids were more likely to feel this way.

When it comes to gender bias, women were less likely to feel that the media treat women and men fairly: Twenty-nine percent of young women felt this way, versus 40% of men. Only one-third of children believed there was equality in the portrayals of women and men in the media.

How the news makes them feel

I've written more times than I can count about how parents can talk to their kids about tragic news such as a school shooting or a terrorist attack and how news stories about and the images from such tragedies can dramatically impact our kids. The Common Sense Media survey reinforces that point.

For most kids, the news had a negative impact on their mood. Sixty-three percent said the news makes them feel one or more of these emotions: angry, afraid, sad/depressed.

It's no surprise that more tweens than teens said the news makes them feel afraid: 43% of tweens versus 31% of teens.

Where do they get their news?

Although they may trust their families more than any other news source, they still say social media is their preferred news source. Thirty-nine percent said they prefer to get their news from social media, versus 36% who chose family, teachers and/or friends and 24% who selected traditional media.

Is news important to them?

While kids say that they feel misrepresented and that the news has a negative impact on their mood, the "news" about this new survery is not all grim: Tweens and teens still value it.