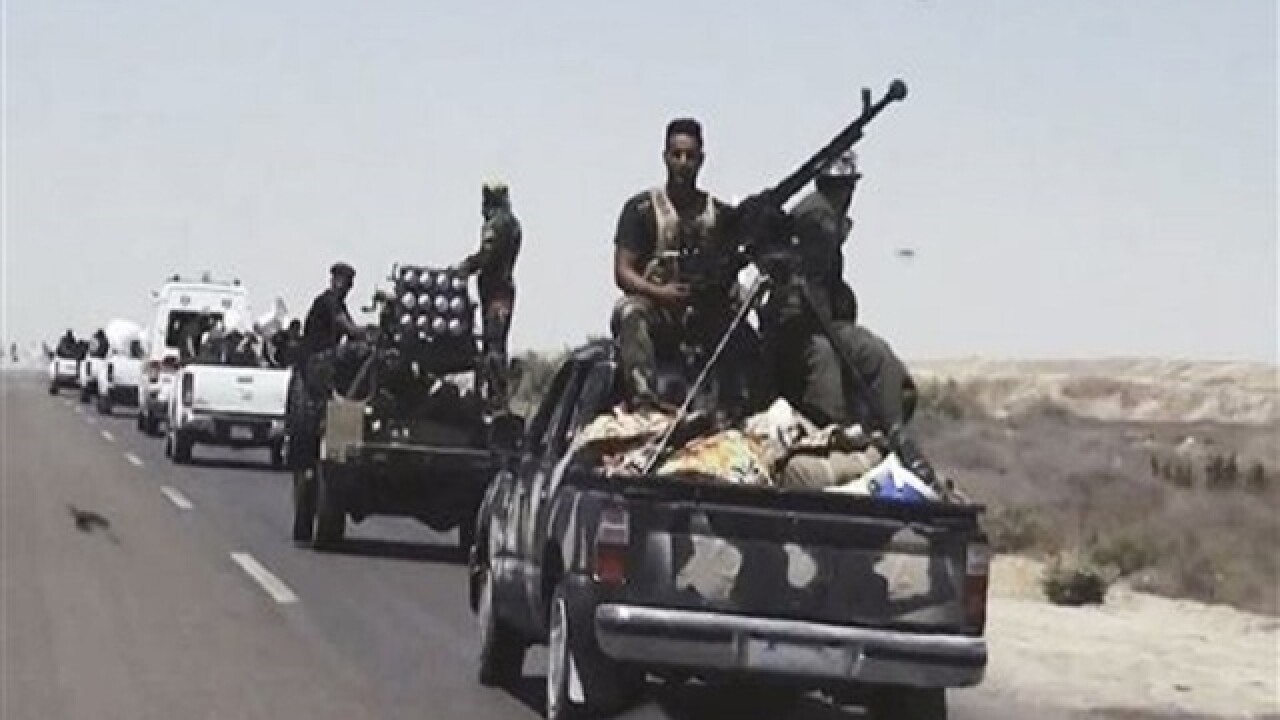 NAYMIYAH, Iraq (AP) — Iraq's elite counterterrorism forces say they have pushed deeper into Islamic State-held Fallujah, more than two weeks after the operation to retake the city from the militant group started.
Maj Gen Hadi Zayid Kassar, the deputy commander of the operation with the counterterrorism forces, says that after securing the southern edge of the city on Sunday, Iraqi special forces pushed into the neighborhood of Shuhada on Wednesday morning.
IS has controlled Fallujah, which is located about 65 kilometers (40 miles) from Baghdad, for more than two years.
The operation to retake the city is expected to be one of the most difficult yet — Fallujah is symbolically important to the militant group and has long been a bastion of support for anti-government militants since the 2003 U.S.-led invasion of Iraq.
Copyright 2016 The Associated Press. All rights reserved. This material may not be published, broadcast, rewritten or redistributed.