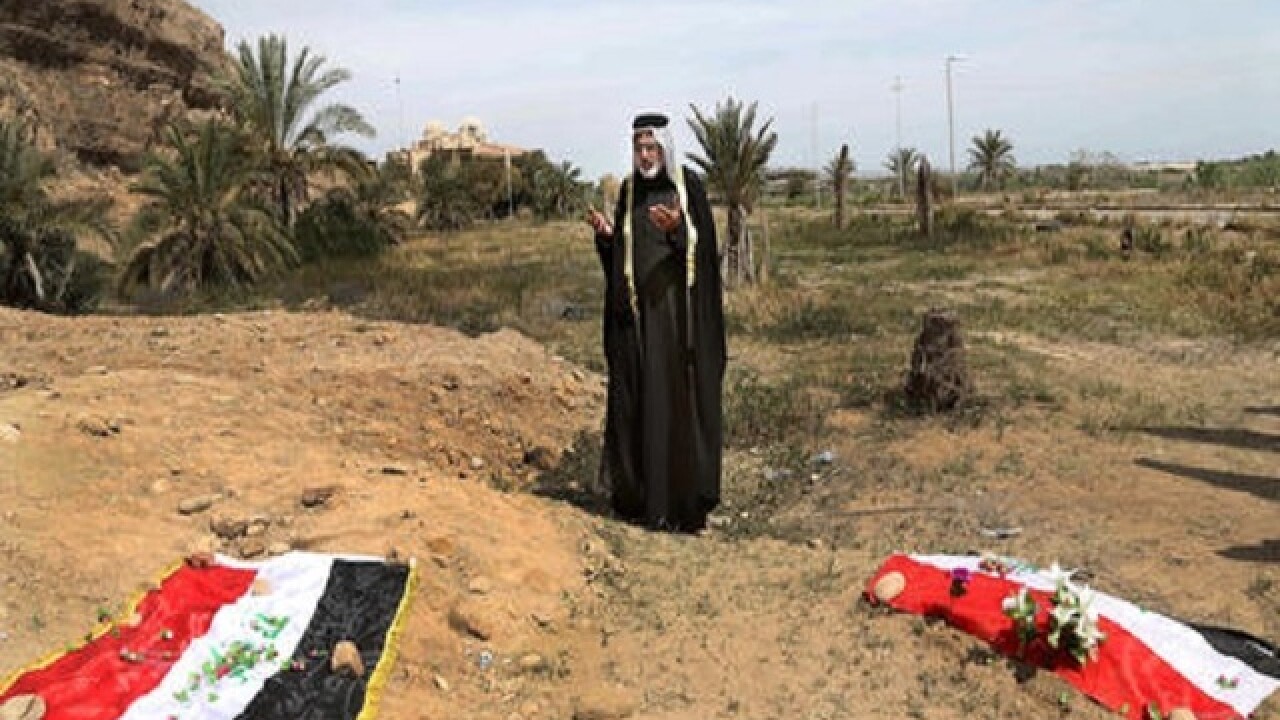 Posted at 8:30 PM, Aug 21, 2016
BAGHDAD (AP) — Iraq has executed 36 men convicted of taking part in the Islamic State group's massacre of hundreds of soldiers in 2014, according to Iraqi officials.
The men were hanged at the Nasiriyah prison in southern Iraq on Sunday, according to provincial Gov. Yahya al-Nasiri. A Justice Ministry official, who spoke on condition of anonymity because he was not authorized to brief reporters, confirmed the executions.
IS captured an estimated 1,700 soldiers after the group overran Saddam Hussein's hometown of Tikrit in 2014. The soldiers were trying to flee from nearby Camp Speicher, a former U.S. base just outside the northern city. Shortly after taking Tikrit, IS posted graphic images of gunmen shooting the men dead after forcing them to lie face-down in a shallow ditch.
The Speicher massacre sparked outrage across Iraq and partially fueled the mobilization of Shiite militias in the fight against IS, a Sunni extremist group. The militias now rival the power of Iraq's conventional armed forces.
Iraqi forces arrested dozens of men allegedly linked to the massacre after retaking Tikrit in 2015 with the help of U.S.-led airstrikes. The men executed on Sunday were sentenced to death by an Iraqi court earlier this year.
Prime Minister Haider al-Abadi has attempted to fast-track the implementation of death sentences following a series of large-scale bombings in and around Baghdad in recent months.
The United Nations criticized that policy earlier this month, saying that "given the weakness of the Iraqi justice system," the rushed sentences risk causing "greater injustice."
Iraq ranks among the top five countries in the world in the use of capital punishment, according to figures compiled by the rights group Amnesty International.
TMJ4