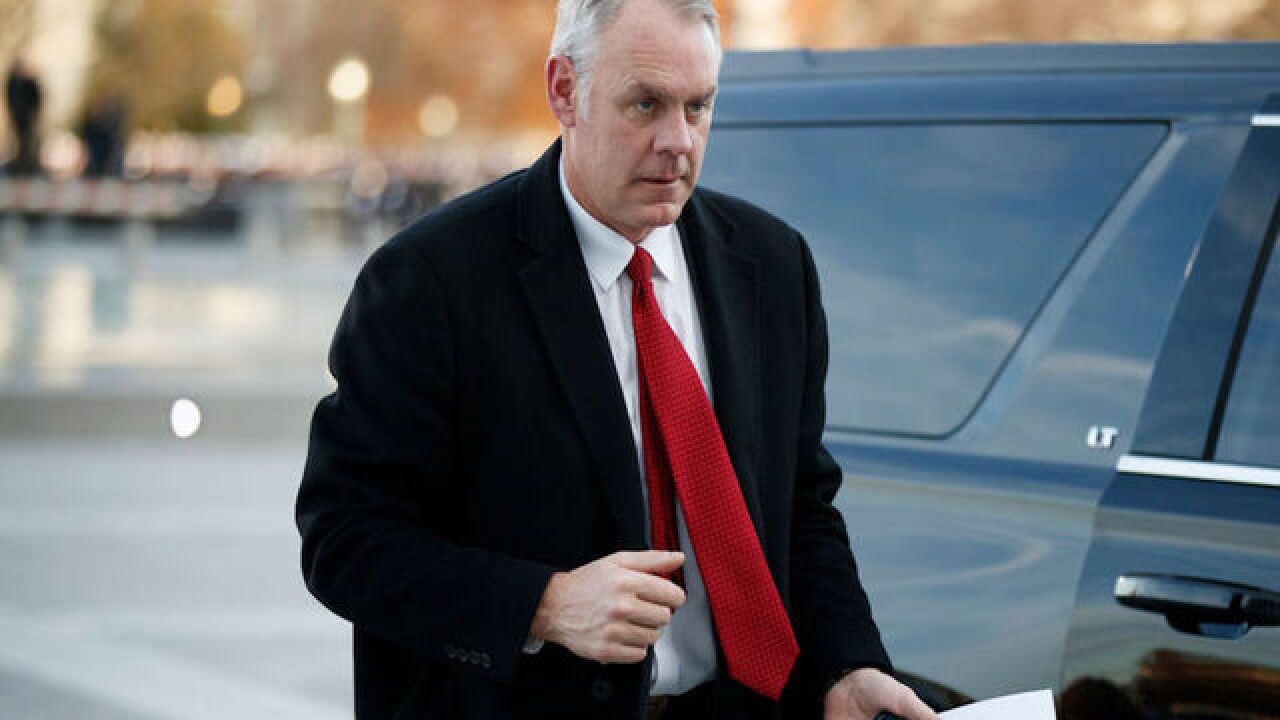 Image copyright 2018 Getty Images. All rights reserved. This material may not be published, broadcast, rewritten, or redistributed.
SHAWN THEW
<p>Former US Secretary of the Interior Ryan Zinke arrives at the US Capitol prior to the service for former President George H. W. Bush on December 03, 2018 in Washington, DC. </p>

President Donald Trump announced Saturday morning that Interior Secretary Ryan Zinke will depart from his administration at the end of the year.

"Secretary of the Interior @RyanZinke will be leaving the Administration at the end of the year after having served for a period of almost two years. Ryan has accomplished much during his tenure and I want to thank him for his service to our Nation," Trump wrote in a tweet.

The President continued in a second tweet: " ... The Trump Administration will be announcing the new Secretary of the Interior next week."

The departure comes amid multiple ethics investigations into Zinke.