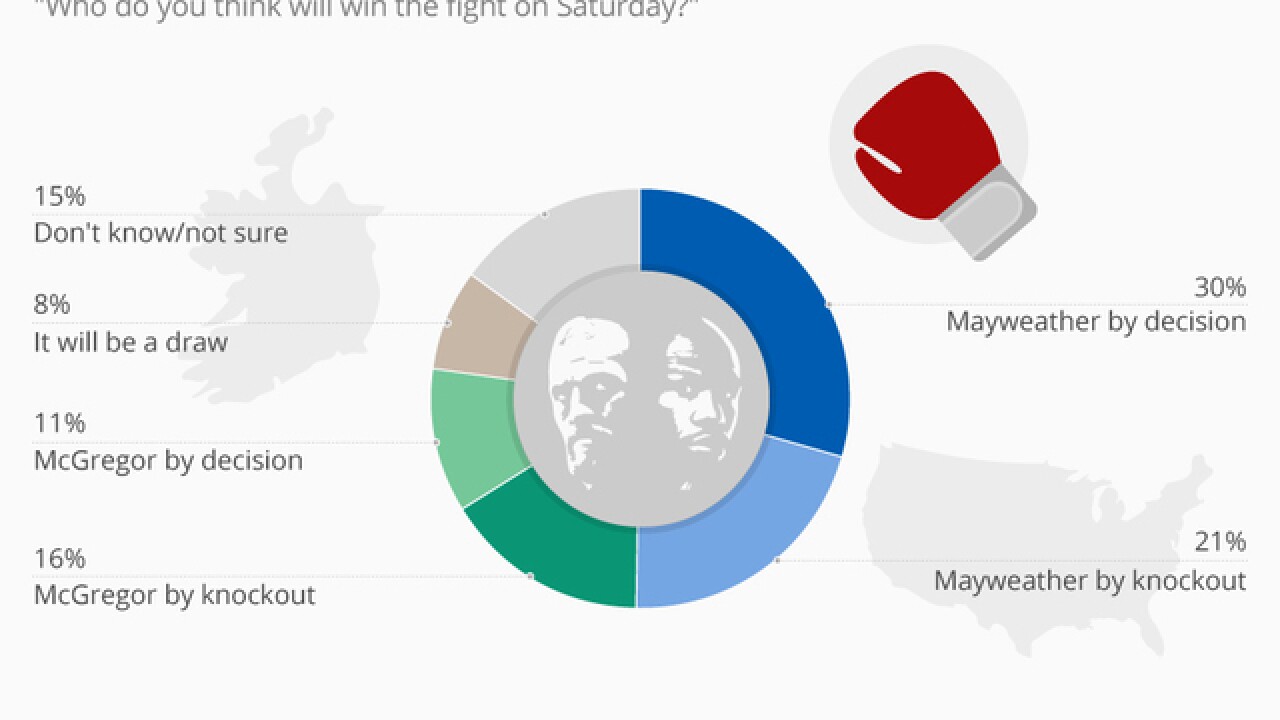 Excitement is building ahead of Saturday night's much-hyped fight between Floyd Mayweather and Conor McGregor. There was yet another heated confrontation between the unbeaten American boxer and the Irish UFC Lightweight Champion on Wednesday morning in advance of Friday's weigh-in.

The question everyone is asking is whether McGregor has a chance in the bout. The Irishman is an experienced and capable fighter but the boxing ring is something of an unknown quantity to him. Mayweather on the other hand, is one of the best boxers of all time. However, McGregor's sheer unpredictability could make him a difficult opponent for Mayweather. What does the public think about the fight?

YouGov conducted a poll to find out. Unsurprisingly, given Mayweather's skill and success in the ring, he's expected to triumph. 30 percent of Americans say Mayweather will win by decision while 21 percent expect him to knock McGregor out. Only 27 percent think the Irish fighter will pull off an unlikely victory.

You will find more statistics at Statista
Statista